Koch Media, a leading producer and distributor of digital entertainment products, and Gammick Entertainment, a Spanish producer and developer of computer and video games, today announced the conclusion of a publishing agreement. According to this agreement, Koch Media will handle the world-wide publication, distribution and marketing of the Chess game “Fritz” for Nintendo DS™, Wii™ and PLAYSTATION®3. The console adaptation of This successful Chess simulation will be published under Koch Media’s games label Deep Silver.

Dr. Klemens Kundratitz, CEO of Koch Media, comments on the new deal: “We are happy that the successful chess brand ‘Fritz’ will soon reach console enthusiasts as well.” Dr. Kundratitz goes on to say: “The Chess program ‘Fritz’ has beaten the world’s best players and, with its brand-new game modes, now aims to challenge console gamers as well.”

END_OF_DOCUMENT_TOKEN_TO_BE_REPLACED

“Nintendo’s record-breaking sales demonstrate that consumers are looking for the best value not only among video games, but also among all entertainment options,” said Cammie Dunaway, Nintendo of America’s executive vice president of Sales & Marketing. “Shoppers are looking for gifts that can be enjoyed by the whole family, and Nintendo provides an incomparable range of experiences that gets the whole family involved.”

END_OF_DOCUMENT_TOKEN_TO_BE_REPLACED

Ubisoft: Third-parties can succeed on Wii

“We saw that at the end of this year, there were not so many Nintendo products, and we thought there was a window of opportunity, especially on the Wii [balance] Board. …Still, I think that publishers have been lagging behind in terms of innovation versus what Nintendo has done. I believe to date, Nintendo is about 30-35 percent market share. So that means if you are aggressive, and if you come up with the right products, you can gain market share there. It’s possible. Nintendo is surely not making it impossible for people to make good games [on its systems]. They’ve been helping us make games. So it’s up to us.” – Alain Martinez, Ubisoft CFO 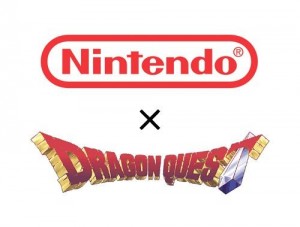 “With the release of Dragon Quest IX, there are two things I’d like to make reality. The first is to build a thriving Japanese game market together with Dragon Quest that rivals the West’s. The second is to form a strong tag team to promote Dragon Quest overseas. At Nintendo, we were able to popularize the Brain Age series overseas, which was said to be unmarketable. I want to increase the number of people worldwide that understand the appeal of Dragon Quest, which represents all Japanese gaming culture…even if that only turns out to be a single person. I’m looking forward to working together with Mr. Horii and Square Enix.” – Satoru Iwata

Wow, Satoru Iwata seems like a very big supporter of Dragon Quest, and understandably so. The series is not as big in North America as it is in Japan, but there are, for sure, a great deal of people who value Dragon Quest. I feel that it might be more difficult to convince people to play Dragon Quest than Brain Age though, since Dragon Quest is the type of software that appeals much more to hardcore gamers than casual gamers, and those who play games in general.