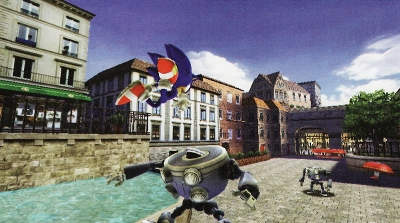 Posted 14 years ago by Brian in General Nintendo, News | 2 Comments

Update: Looks like this is nothing more than an old ESRB rating. If you do a search on the ESRB website for the “Online” platform, you can tell that “Zelda Universe” was rated around 2001, at about the same time Oracle of Ages/Oracle of Seasons were released. You may also remember the Zelda Universe interaction that once appeared on the official Zelda website. Back in the day, it seems that the ESRB sometimes rated some content with online website user interaction – as was the case for one ESRB pogo.com rating.

I’m sure everyone that is a true Zelda fan has considered the prospect of a Zelda online title at least once. The idea may be much more than a simple prospect in the future, however. There is a rating on the ESRB website that is for the “Online” platform and is titled Zelda Universe, published by Nintendo. Could this be Nintendo Power’s surprise in their next issue?

Thanks to JonLy once again for the Nintendo Power tip.

Posted 14 years ago by Brian in News, Wii | 4 Comments

E3 is just around the corner, so it should be no surprise that rumors are beginning to surface regarding Nintendo-related announcements. The latest unconfirmed report is that information on Retro Studios’ new title is coming soon (E3 being the most likely venue for such details.) However, there are some signs that may shed some validity on such an allegation. Nintendo’s Mark Franklin confirmed a few weeks back that Nintendo is planning on revealing games for the core gamer at this year’s E3. Of course, we all know that Retro Studios is a fairly hardcore company that has brought us the revered Metroid Prime series. In addition to this tidbit though, Retro has redesigned its company website, which has led many to believe that the company has changed it for an upcoming announcement.

“With supply constraints [of the Wii] continuing worldwide, the priority is on the current model.” – Satoru Iwata

With the persistent Wii sales, it’s no surprise that Nintendo is nott interested in producing a slightly modified Wii system. Also, from a sales standpoint, it would probably be silly to release a DVD-compatible Wii anytime soon. Once sales die down, creating a new Wii unit would be beneficial to Nintendo as not only would the new SKU boost sales, but Nintendo would also have a chance to catch their breath from the current sales of the Wii. 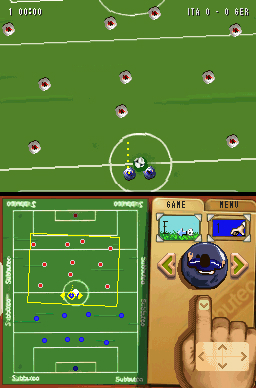 Italian game developer ARTEMATICA has faithfully recreated the original tabletop football game on the Nintendo handheld, making full use of the Dual Screen functionality. Gamers interact with the game using the stylus on the lower screen to set the player position, defend, attack, pass and shoot, with full control over ball. Using the finger-flick icon on the screen, the player can choose the angle and power of the kick just like the real thing. The upper screen gives real time feedback on all the match action with fouls, goals and even those all-important aerobatic shots.

Fully customisable Tournaments and Traditional Leagues are available, as well as a powerful game editor, allowing gamers to create new teams, change player names and colours and change the team’s logo. A comprehensive tutorial mode provides all the information on learning the basics along with the official Subbuteo rules. Taking the game beyond the single player mode, Subbuteo players can challenge other players in a multiplayer game using the Nintendo Wi-Fi connection.

“Subbuteo is an all-time classic and only the Nintendo DS could bring to life the touch and feel of the beautiful game in such an entertaining and engaging way,” commented Ian Howe, Managing Director, 505 Games. “The huge DS market will also allow us to take Subbuteo to the entire family, in much the same way we all first played the game when we were young.”

Subbuteo will be available exclusively on Nintendo DS in September 2008.