Please join Konami Digital Entertainment, Inc. for its E3 media briefing. This is
your opportunity to be the first to hear of our special announcements, and get the
inside scoop on our upcoming games!

I’m sure we’ll hear more about Castlevania Judgement and Order of Ecclesia at Konami’s conference, though there may be a few more surprises in stor as well. 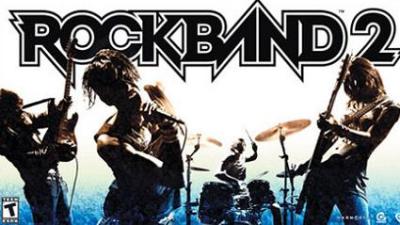 “Microsoft has been a great partner throughout the launch of Rock Band in the last year and their continued support is instrumental in supporting the more advanced features and cross title compatibility we will have in Rock Band 2. Of course, our goal is to make Rock Band 2 accessible to all and we look forward to bringing Rock Band 2 to all relevant platforms later this year.” – Harmonix representative

Rock Band 2  is supposed to be releasing for the Xbox 360 this September with the Wii/other versions hitting later this year. Still, the release of the original Rock Band for Wii seems a bit superfluous, since most can wait out the extra few months for an improved experience. 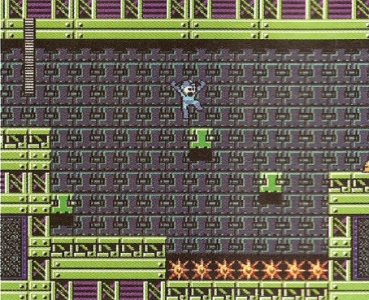 Update: Capcom has responded and has said that currently, Mega Man 9 will be releasing for WiiWare only.

Nintendo Power gave us the scoop on Mega Man 9 for the Wii, but there was never an official confirmation that the game would be a WiiWare exclusive. According to one particular article, there is the notion going around that Mega Man 9 is on a Capcom E3 list as a XBLA and PSN release, based on an E3 list. However, we’re still fairly far from an official confirmation by Capcom and it wouldn’t be the end of the world if Mega Man 9 headed to other platforms as well…Or would it?

An ichorous green meteor plummets through the Earth’s atmosphere, fracturing and showering the earth with glowing green space dust that affects all forms of life nearby. Some plant life – mushrooms and cacti – acquire sentience while, the meteor twists and mutates other life forms, transforming insects and animals into semi-intelligent, warlike communities.

Mushroom Men – Rise of the Fungi throws gamers into the action at the point when the different Mushroom nations form, with each claiming a different part of the world as their exclusive territory. The Bolete Tribe and the Morels live in isolation and thrive for a time in peace and quiet. The Amanitas Empire considers themselves superior to the Bolete and the Morels and remains segregated from the other nations until they build forces strong enough to conquer everyone. The Mushroom Men face many threats in this hostile new world. Their size makes them targets for all manner of creatures: spiders, beetles, hornets, and other creatures that threaten to destroy their villages. The Amanitas therefore build their forces by consuming the prosperity of other groups. Raging territorial attacks lead to the terrible Spore Wars. The mysteries of the Mushrooms’ origins fade completely into myth, a riddle that promises great knowledge and power to the one who can find its answer…

END_OF_DOCUMENT_TOKEN_TO_BE_REPLACED 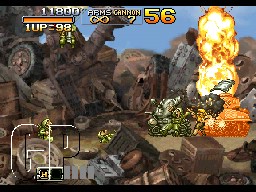 Glendale, CA – June 27, 2008 – Ignition Entertainment, a UTV Enterprise and worldwide publisher and developer of videogames, in conjunction with SNK Playmore announced today that Metal Slug 7 for Nintendo DS™ will be released this fall.

Developed by SNK Playmore Corporation and published by Ignition Entertainment, Metal Slug 7 follows in the footsteps of its predecessors by continuing to deliver the high-energy and frantic, fast-paced 2-D shooting action that the franchise has always been widely renowned for.

Players will join Marco, Tarma, Eri, Fiolina, Clark and Ralph as they prepare to take on Modern’s Forces across 7 new missions that will bring them from Garbage Island to the Fortress of Ruins and beyond. Aside from featuring 7 brand new and fully detailed missions and six playable characters, Metal Slug 7 will also feature a host of new weapons, colossal new bosses, new Slugs to pilot and new gameplay modes for added replay value.

“Truth be told, I have a pink DS and was embarrassed to play it in public. Now with Metal Slug 7 loaded, I have no qualms,” said Ajay Chadha, President of Ignition Entertainment. “Needless to say, and in all seriousness, we are very excited to announce our partnership with SNK Playmore USA to give both core and casual gamers a whole new insight into the unique, all-action, eye-popping world that is Metal Slug.”

END_OF_DOCUMENT_TOKEN_TO_BE_REPLACED

You want fireworks? Look no further than the Wii™ Shop Channel, where vibrant bursts of classic gaming action and fresh WiiWare™ content will help fill your living room with a flurry of ooohs and ahhhs. Puzzle-game mavens can enjoy a wild new addition to the WiiWare library, while the Virtual Console™ brings a truly classic fighting game to the fore. For an added holiday-week blast, fans of the WiiWare hit FINAL FANTASY® CRYSTAL CHRONICLES®: My Life as a King™ can enhance the action with new Add-On Content.