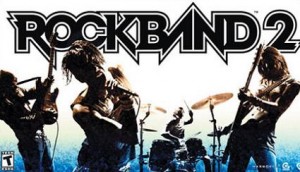 We don’t know for sure whether Wii owners will be able to download these albums, but we certainly hope so! Harmonix should clear up the download situation on Wii soon (what can/cannot be downloaded.)

“It almost feels like a zombie at this point; it’s the walking dead. It’s such an abrupt end to what was E3, which had been this huge escalating arms race. I understand why they really pulled the plug on the big E3. Looking at the amount of money a company like EA would spend on it, it was ridiculous amounts of money just to be present and competitive with everyone else, so I think they were looking for a way to sign the arms treaty and de-escalate the whole thing.” – Will Wright

I do have to agree with Will Wright. I remember just a few years back – 2006 even – when E3 wasn’t so terrible. This year, however, the whole event lacked the fire, and the traditional simply didn’t feel like the E3 most of us had come to love. Someone, bring back the old E3!

Keep in mind that these are just sales from Amazon. If I had to predict, I’d say that the Wii sales overall for the game is probably a bit less than 12%. I suppose that isn’t terrible since Nintendo owners aren’t known for snatching up sports games.

“No announcement has been made.” – Nintendo statement (NOE)

Usually, Nintendo provides that “Sorry but we don’t comment on rumors and speculation” response. Nintendo isn’t confirming anything, but does anyone else believe Nintendo is going to make an announcement about the game soon?

High Voltage Software aiming for a March release for The Conduit

High Voltage Software put out a press release in June. Included in the release was a launch window for The Conduit – Q1 2009. However, it looks like the specific month has been narrowed down for the game’s launch window. When Gamereactor asked when The Conduit is scheduled to launch, Eric Nofsinger noted that the team is “looking at a March release of next year” for the game. It’s possible that the title could be bumped back or even pushed forward, but as it stands, expect a March release for The Conduit.