END_OF_DOCUMENT_TOKEN_TO_BE_REPLACED

Alex Ward tweets about problems releasing Need for Speed: Most Wanted U 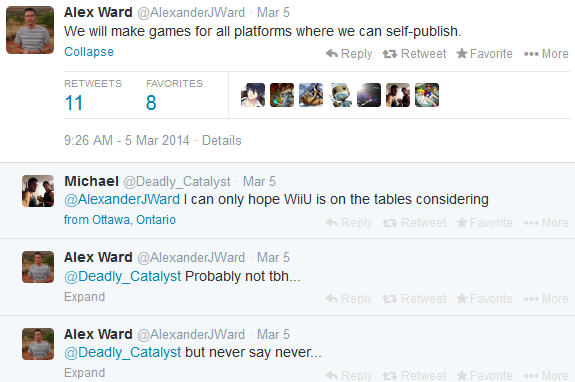 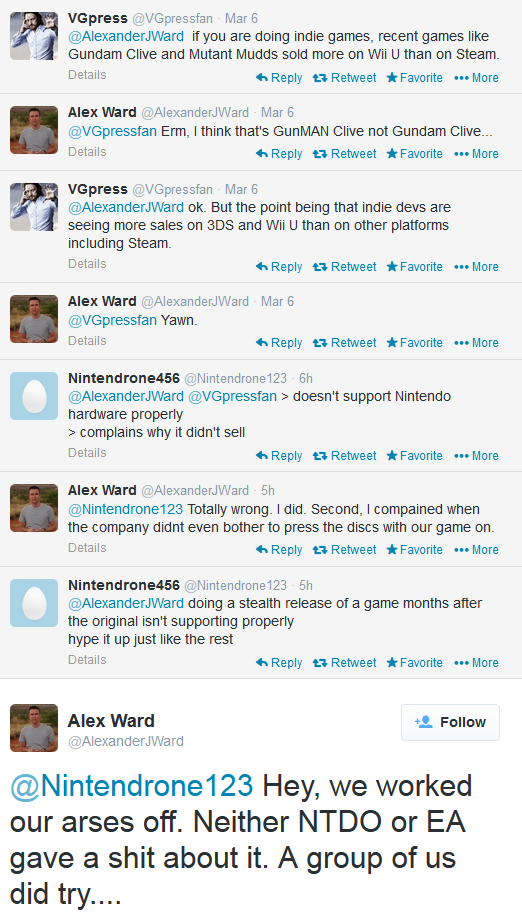 Earlier today we shared a few tweets from Alex Ward. A message published the former Criterion co-founder suggested that he has no interest in supporting Wii U having just created his new company, Three Fields Entertainment.

Additional notes located on Ward’s Twitter account go into detail about the trouble launching Need for Speed: Most Wanted U back when he was with EA. As an example, Ward mentioned that the team working on the game flew to Nintendo “to personally demo a bid” in order to gain marketing support. “There was none,” he said. There were other issues as well, such as EA’s decision not to make Wanted U available in Europe at retail initially.

You’ll find all of the new relevant tweets above.

More: Alex Ward, Need for Speed: Most Wanted U, top

Alex Ward, one of the co-founders of Criterion, left the studio earlier this year. And just this week, Ward announced that he formed a new company known as “Three Fields Entertainment”.

Three Field’s goal, according to Ward, is to “make games for all platforms where we can self-publish.” One gamer mentioned on Twitter that the team should consider supporting Wii U and 3DS – which would make sense given Nintendo’s extremely open nature towards indie content. However, Ward didn’t seem too interested in doing so.

Check out the exchange between the two above.

Criterion Games vice president and creative director Alex Ward as well as studio director Fiona Sperry are gone from the company. EA confirmed to Polygon that the two Criterion co-founders “have decided to leave EA.”

“Alex Ward and Fiona Sperry have decided to leave EA. We appreciate their many contributions through the years and wish them well in their future endeavours.

“The incredibly creative and talented team at Criterion are hard at work on a new project for next-gen consoles as new IP continues to be a major priority across EA. Matt Webster is leading development of the new game and the Criterion studio moving forward. Matt has been part of Criterion for years and has an exciting vision for this new game.”

Ward followed up on the news with a confirmation that he and Sperry have formed a new games company:

The news breaks. Along with @FionaSperry I have left @CriterionGames . Welcome to the REAL #tothefuture