According to Adobe, the top five products purchased online in the United States were Laptops, LOL Surprise dolls and accessories, Fingerlings baby pet toys for kids, God of War on PlayStation 4, and Pokemon: Let’s Go, Pikachu / Eevee. CNET further indicates that the new Pokemon games were top-selling products at retail in general during Black Friday.

Pokemon: Let’s Go is already confirmed to have sold over three million copies worldwide in its first three days. 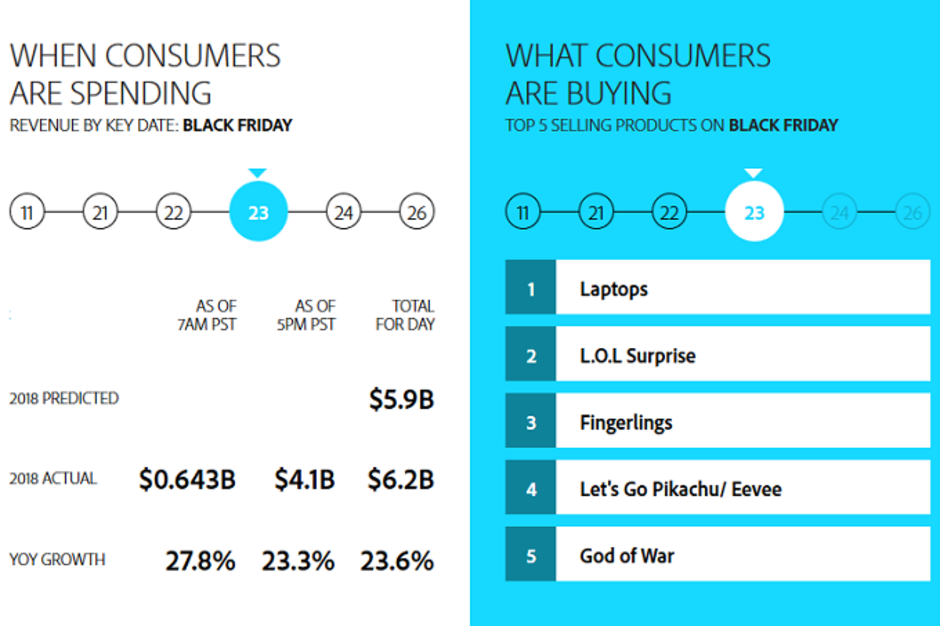 Throughout the day, Amazon has been adding deals to its website for Black Friday 2018 week. One of the major highlights is a 400GB microSD card, which is compatible with Switch. It’ll cost you just $79.99 – saving you $170 in the process.

There are a number of other notable deals running as well. If you’re looking to pick up a gaming-related book, use code NOVBOOK18 at checkout to save $5 on a purchase over $20.

Other Amazon deals include:

END_OF_DOCUMENT_TOKEN_TO_BE_REPLACED

Inching ever closer to Black Friday, Amazon has updated the prices of several popular Switch titles to show heavy discounts for their big sale.

Included below are the deals that are available currently. The list will be updated as/if more titles go on sale. Feel free to click on each title to go to their respective listing page.

END_OF_DOCUMENT_TOKEN_TO_BE_REPLACED

Best Buy and GameStop have followed Walmart by putting up its deals for Black Friday 2018 early.

To recap, below are some of the highlights from Best Buy:

END_OF_DOCUMENT_TOKEN_TO_BE_REPLACED

GameStop has revealed its full slate of deals set to go live this coming week as part of Black Friday 2018. The retailer shared its flyer for the big event today.

For Nintendo fans, one of the big highlights concerns a Switch deal. GameStop will be selling the $300 Mario Kart 8 Deluxe bundle with a $50 gift card, which is pretty darn good. There are some game sales as well including L.A. Noire for just $9.99.

END_OF_DOCUMENT_TOKEN_TO_BE_REPLACED

Best Buy has officially debuted their Black Friday ad, which will have Nintendo fans saving quite a bit of cash later on this month.

Attempting to contend with other retailers such as Walmart and target, many of the same deals found there for Black Friday are also being offered at Best Buy — including both the $299.99 Mario Kart 8 Switch console bundle and the $79.99 Super Mario Maker Edition Nintendo 2DS. In addition, fans will be able to save $40 on the Starlink Starter Pack, as well as 20% off on all Starlink accessories. Various Switch PowerA controllers and accessories will also be discounted by up to 40%.

We’ve included a roundup of some of the deals below.

END_OF_DOCUMENT_TOKEN_TO_BE_REPLACED

Walmart has revealed a ton of deals that will be available to customers during Black Friday later this month. If you’re a Switch owner, be on the lookout for a number of good sales.

Walmart will have a number of titles slashed to $35, including Donkey Kong Country: Tropical Freeze, Kirby Star Allies, ARMS, Xenoblade Chronicles 2, and The Elder Scrolls V: Skyrim. Other highlights include Dragon Ball FighterZ for $25 and South Park: The Fractured But Whole for just $17.