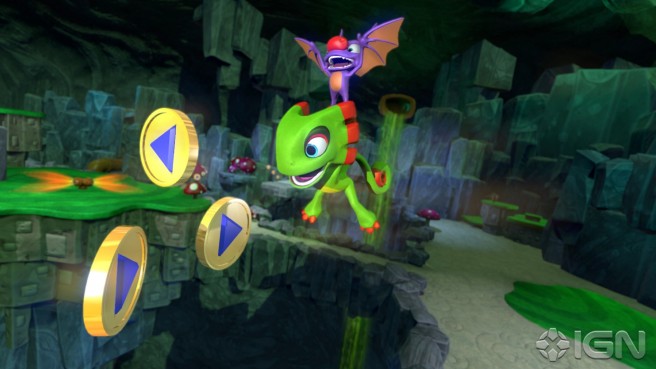 A new report on IGN unveils brand new details about Project Project Ukulele, which is now known as Yooka-Laylee.

Yooka-Laylee’s lead characters are named Yooka and Laylee. Yooka is the chameleon while Laylee is the bat. Thanks to his tongue, Yooka can use it as a grappling hook. Laylee, meanwhile, can pick up Yooka and fly for a short period of time or unleash a sonar blast. Both characters were designed by Steve Mayles, who designs Banjo and Kazooie and the modern Kong family while at Rare.

Yooka-Laylee’s Kickstarter will launch on May 1. Fans who back the project for £10 / $15 will be able to obtain a copy. Extras include soundtracks, art books, and a special “64-bit”. There are plans to bring Yooka-Laylee to Wii U, but its release timing will depend on the success of the Kickstarter campaign and its stretch goals.

A look at Project Ukulele’s minion

Posted on 7 years ago by Brian(@NE_Brian) in Videos, Wii U eShop | 3 Comments

Playtonic Games shared a first look at Project Ukulele’s minion in celebration of reaching 30,000 followers on Twitter. Take a look below:

Your reward for helping us reach 30k: the first look at our in-engine #ProjectUkulele minion! He's as excited as us. https://t.co/J96nC6PEwN

Posted on 7 years ago by Brian(@NE_Brian) in News, Wii U eShop | 3 Comments

Playtonic Games shared the first couple of images from Project Ukulele yesterday. Soon after they were posted online, fans picked them apart and found at least one hidden character.

Can you see the character in the bottom left corner of the below shot? 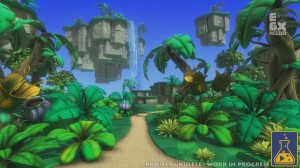 Here’s another look that should help: 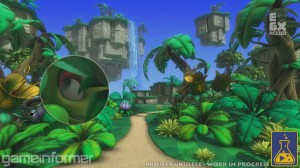 There’s also an eye right above the hidden character. It’s thought that it belongs to another character in Project Ukulele. You can’t see too much though!

Posted on 7 years ago by Brian(@NE_Brian) in Screenshots, Wii U eShop | 59 Comments

Playtonic Games has shared the first couple of screenshots from Project Ukulele. You can find them below. 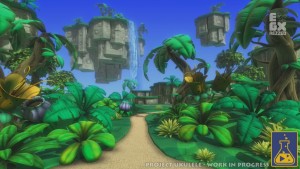 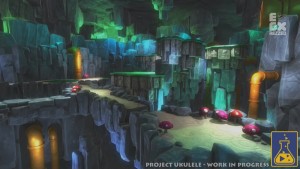 As shared at EGX, there will be plenty of collectibles, secrets to discover, and special moves for the different characters. By collecting pages, the world scope increases.

We’ll be seeing a Kickstarter for Project Ukulele in May. The game will still happen even if the campaign fails, though funding will allow it to grow. amiibo was name-dropped as well, so that sounds like something the team would be open to!

Playtonic has just kicked off a presentation at EGX to talk more about Project Ukulele, the new platformer from former RARE staffers. We’ve posted it after the break due to auto-play.

END_OF_DOCUMENT_TOKEN_TO_BE_REPLACED

Project Ukulele to be shown at EGX Rezzed next month

Posted on 7 years ago by Brian(@NE_Brian) in News, Wii U eShop | 6 Comments 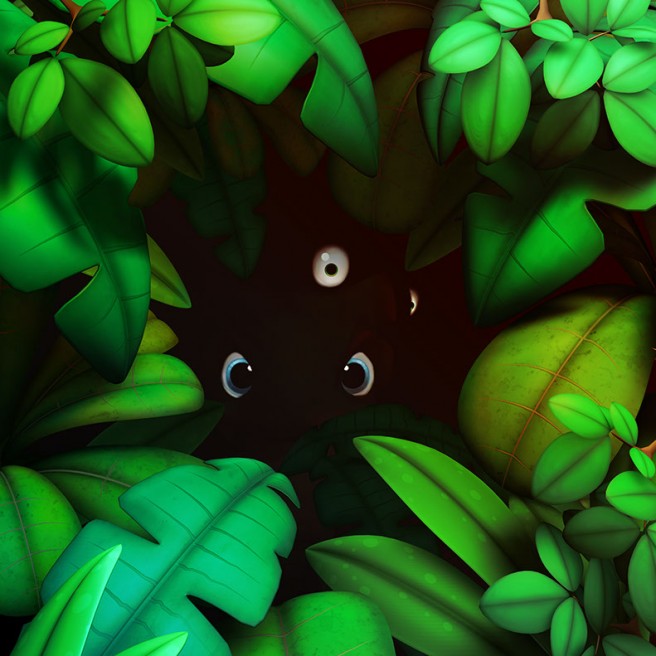 Playtonic’s new 3D platformer Project Ukulele will be shown at EGX Rezzed. On March 14, the indie developer will be on hand to host a session called “A rare reunion: Rebirth of the 3D platformer”.

“It was the fans of our past work who inspired the creation of Playtonic, so we’re delighted to be able to showcase our vision to them in person at EGX Rezzed – as well as a few cheeky details of our game!”

For those who missed the news earlier this month, Project Ukulele was first revealed in the latest issue of EDGE. The game is intended to be a Banjo Kazooie spiritual successor, with lots of former Rare staffers working on the project. 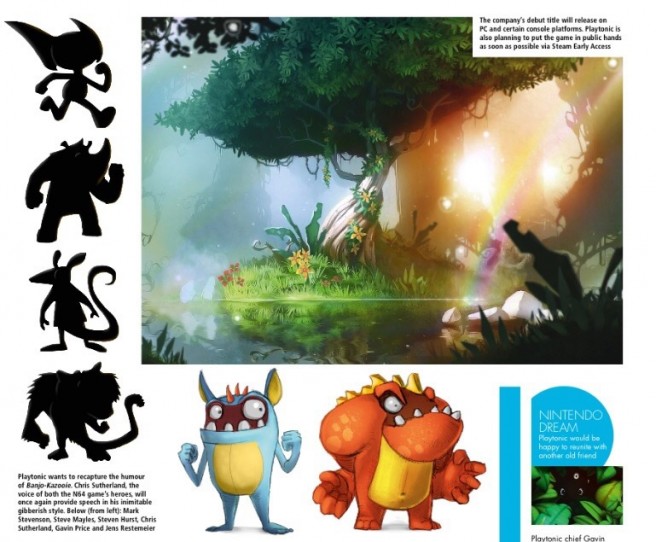 Project Ukulele – the Banjo Kazooie spiritual successor from Playtonic – is featured in this month’s EDGE. The magazine shares concept art, which you can find above.

In the magazine, Playtonic lead and Gavin Price said: “There’s been so much pent-up passion for doing something like this, because we’ve all been sat on a lot of these ideas since Banjo-Tooie came out.”

The next step for Playtonic is to make a proof-of-concept. The company will then upscale to an “N64-size” team of between 10 to 15 staff, and several former Rare employees are in waiting on these positions.

Posted on 7 years ago by Brian(@NE_Brian) in General Nintendo, News, Wii U eShop | 18 Comments 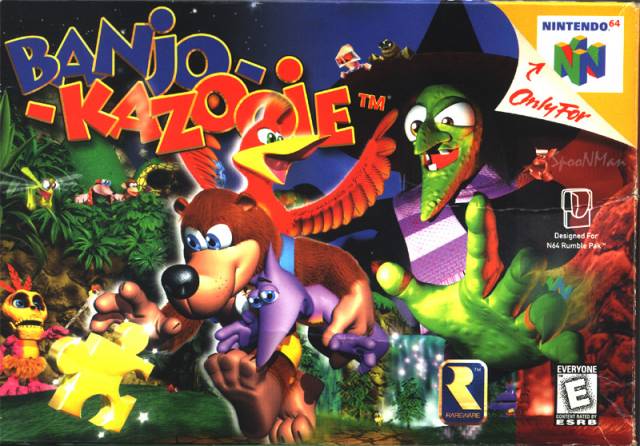 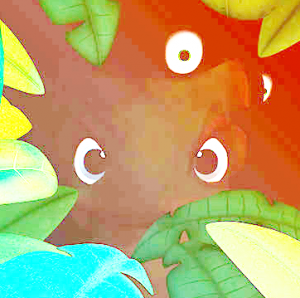 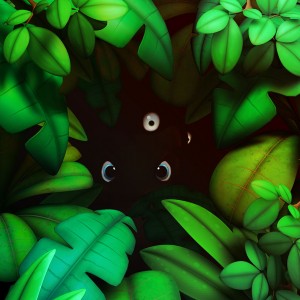