Square Enix has kicked off a rather large Thanksgiving sale on its online store.

Through December 2, gamers can pick up titles for 50 percent off or more. Kingdom Hearts 3D, Heroes of Ruin, and Theatrhythm Final Fantasy are among the discounted games.

You can find all items on sale here.

Atlus will be discounting the price of Shin Megami Tensei IV for just a few days. Between November 28 and December 2, you’ll be able to purchase the 3DS RPG for $29.99. The game was originally priced at $50. Note that DLC will be on sale as well, with all items being marked down under $2.

END_OF_DOCUMENT_TOKEN_TO_BE_REPLACED

Disney Infinity is currently available on Amazon for $37. The deal will expire within the next hour or when stock runs out. You can place an order here

and check out other lightning deals as well (LEGO Marvel Super Heroes upcoming). 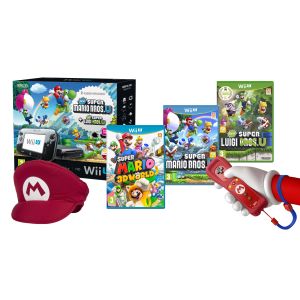 Next week, Nintendo will begin selling the “Mario Mega Bundle” for Wii U in Europe. The package comes with a Wii U Premium Pack, Super Mario 3D World, New Super Mario Bros. U, New Super Luigi U, a Mario hat, and a Mario Wii Remote Plus. Pricing is set at £299.99. You can find the official page here.

Posted on 6 years ago by Brian(@NE_Brian) in General Nintendo, News, Wii, Wii U | 2 Comments

has revealed some of the video game-related products that will be going on sale during the Black Friday period.

The retailer has confirmed that Batman: Arkham Origins will be available for $34, while Call of Duty: Ghosts will be lowered to $40. Consumers will also be able to partake in a buy 2 get 1 free offer for Skylanders Swap Force characters.

Below are a sampling of items Amazon has confirmed for Black Friday:

will begin kicking off deals starting on November 24. New deals will be offered across all departments every ten minutes, lasting through the Black Friday 2013 weekend.

This week’s GameStop ad has gone live. You can find the retailer’s full circular for the week of November 20 below. 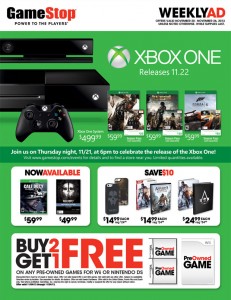 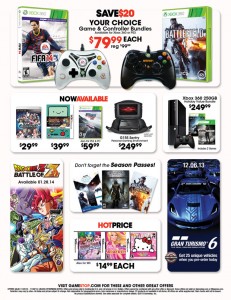 Link Kicks Off Big Discounts for the Nintendo eShop

Nintendo is offering a series of big discounts in the Nintendo eShop for Wii U and Nintendo 3DS. Starting today and running into December, select games featuring fan-favorite characters will be available for at least 30 percent off their normal prices. Link from the Zelda series kicks off the first round of limited-time discounts on select games. Wii U and Nintendo 3DS owners can visit the Nintendo eShop each Thursday to see which character’s games are next.

Between 9 a.m. Pacific today and 9 a.m. Pacific on Nov. 21, Wii U and Nintendo 3DS owners with a broadband Internet connection can visit the Nintendo eShop to purchase the following discounted games.

END_OF_DOCUMENT_TOKEN_TO_BE_REPLACED 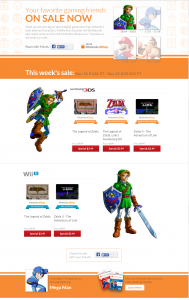