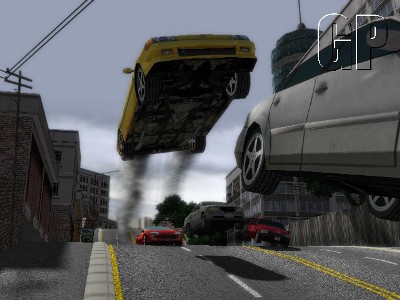 With the price of petrol going through the roof this could mean the nail in the coffin for Boy Racers, Speed Maniacs, Street Racing and Joy Riders. So how are you going to get your thrill of driving through city centres in illegal street races, where you need ram your foot on the accelerator and bugger the consequences?

Well now you can experience that excitement in your own home thanks to… Data Design Interactive – a successful video games publisher and games developer, who today announced a new title to be added to their Nintendo Wii label, Popcorn Arcade, Urban Extreme: Street Rage.

END_OF_DOCUMENT_TOKEN_TO_BE_REPLACED

Activision Twirls Back into the Spotlight with Dancing with the StarsTM: Get Your Dance On! for WiiTM and Nintendo DSTM

SANTA MONICA, Calif., Jun 26, 2008 – Activision, Inc. (Nasdaq: ATVI) announced today the Fall 2008 release of Dancing with the StarsTM: Get Your Dance On!, the sequel to last year’s rhythm-packed Dancing with the StarsTM videogame. They have once again teamed up with Disney-ABC Television Group’s ABC Entertainment and BBC Worldwide America to create this all new game for WiiTM and Nintendo DSTM. Players will engage in the battle of the ballroom with more stars, more dances, more intense competition – and more fun!

“‘Dancing with the Stars’ is an ongoing cultural phenomenon that appeals to people of all ages. It is mainstream entertainment at its best,” said Dave Oxford, Activision Publishing. “We feel the game is the perfect opportunity to evolve the idea of ‘active family fun’.”

Dancing with the StarsTM: Get Your Dance On! features all-new stars such as Mel B, Apolo Anton Ohno, Joey Fatone and Jennie Garth. Players will be able to cha-cha with new professional dancers including Derek Hough, and his sister, two-time “Dancing with the Stars” champion, Julianne Hough.

The WiiTM version improves on the original with refined WiiTM Remote and Nunchuck controls to enact their favorite dances. Other additions include all-new special “flair” moves that will wow the judges. Dancing with the StarsTM: Get Your Dance On! for Nintendo DSTM brings a fresh take on the rhythm game genre, complete with the ability to change outfits and swap partners at the player’s whim.

Update: Christian Svensson had this to say about Mega Man 9: “I will also say, NP only has part of the story. More to be learned later.” 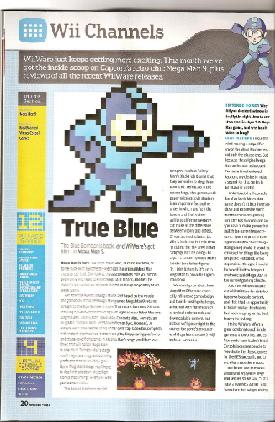 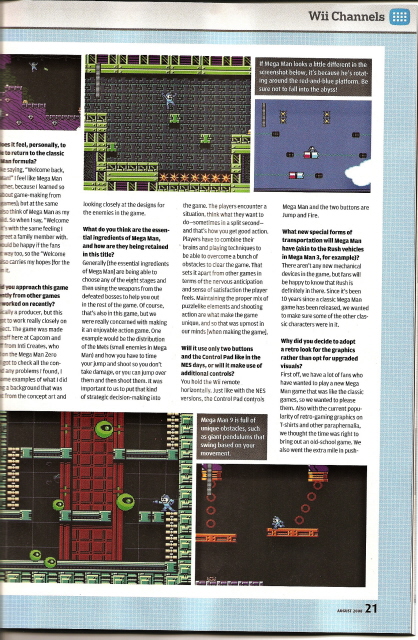 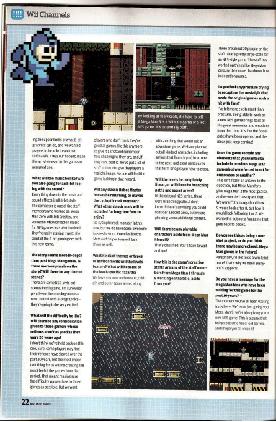 Nintendo Power promised some surprises in their last issue, and the magazine certainly has delivered. The Tales of Symphonia and Castlevania DS “announcements” may have been flukes, but in their latest issue, Nintendo Power divulged that Mega Man 9 will be releasing on WiiWare. The style will be oldschool – 8-bit graphics will be sure to please oldschool gamers. It may also be worth noting that Inticreates Games will be working on the title. 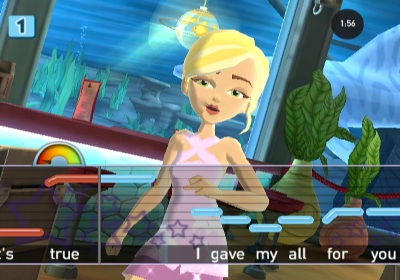 Guildford, UK June 26, 2008 – For any girl who has ever dreamed of being a star, the Casual Entertainment Label of Electronic Arts Inc. (NASDAQ:ERTS) brings future stars one step closer today with the announcement of Boogie™ SuperStar. Combining the hottest music hits from around the world with the coolest dance moves and total character customisation, Boogie SuperStar provides girls the ultimate gaming experience: to sing and dance their way to superstardom! Exclusively for the Wii™, Boogie SuperStar will be available in North America and Europe October 2008, and in Asia in the following months.

“Boogie SuperStar promotes self-expression, creativity and empowerment for girls worldwide,” said Robert Nashak, VP of Casual Studios, EA Casual Entertainment. “We have created a game where girls don’t just observe someone else’s rise to fame, they experience it themselves, singing and dancing their way through a world most girls only dream about.”

END_OF_DOCUMENT_TOKEN_TO_BE_REPLACED

North America saw the release of the Wii about a year and a half ago and many have enjoyed the system throughouly. Unfortunately, the same cannot be said about Taiwan. The Wii has yet to release in the territory; however, a final date has been set for its release: July 12th. As is the case with the purchase of a Wii in North America, Wii Sports will be bundled in with the console in Taiwan as well.