EA SPORTS™, a label of Electronic Arts Inc. (NASDAQ: ERTS), today announced that both Tiger Woods PGA TOUR® 10 and EA SPORTS Grand Slam® Tennis will ship to stores June 8 in North America, one week earlier than originally announced. EA SPORTS recently announced that the Wii™ version of Tiger Woods PGA TOUR 10 will be available packaged with the Wii MotionPlus™ accessory in both North America and Europe. In Europe only, EA SPORTS Grand Slam Tennis will be available with Wii MotionPlus at launch.

“This was important for us to bring in our ship dates for Tiger Woods PGA TOUR 10 and EA SPORTS Grand Slam Tennis to hit right at the launch of the new Wii MotionPlus accessory in North America,” said Todd Sitrin, Group Vice President Global Marketing, EA SPORTS. “Fans deserve great games that use the new accessory, and now they’ll have two that deliver authentic sports motion as soon as the Wii MotionPlus hits stores.”

END_OF_DOCUMENT_TOKEN_TO_BE_REPLACED

New Controls Have Donkey Kong Moving to a New Beat

REDMOND, Wash.–(BUSINESS WIRE)– Legendary video game character Donkey Kong™ is on a quest to become king of the jungle, and he needs some help. Today’s launch of the New Play Control! Donkey Kong™ Jungle Beat™ video game for the Wii™ console lets players grab their Wii Remote™ and Nunchuk™ controllers to assist him. Players control Donkey Kong’s running, jumping and banana grabbing by using the traditional control stick and buttons, while motion controls add a realistic feeling to actions like grabbing vines and boxing.

END_OF_DOCUMENT_TOKEN_TO_BE_REPLACED

Fans of the popular Animal Crossing™ series can enjoy a pair of downloadable—and practical—debuts this week via the Nintendo DSiWare™ service. Whether you’re telling time or doing arithmetic, these handy applications will give your daily number-crunching a critter-friendly boost. A new WiiWare™ game also takes a fun peek into the animal kingdom, while the latest Virtual Console™ release sends players underwater for classic Commodore 64 action.

Animal Crossing Calculator (Nintendo, 1 player, 200 Nintendo DSi Points™): Need to figure out what you owe Tom Nook or the amount in your savings account? Animal Crossing Calculator features the full functionality of a traditional calculator, including a Memory key and the ability to display up to 13 digits, adding a layer of atmosphere unique to Animal Crossing. Use the Unit Converter to turn one unit of measure into another (such as length, weight, volume and age), or track the history of calculations you’ve performed. Listen to the Animalese pronunciation of numbers when you press them, and watch for a favorite Animal Crossing character to appear when your result meets certain criteria. Get ready for an inventive and practical way to experience the charm of Animal Crossing.

END_OF_DOCUMENT_TOKEN_TO_BE_REPLACED

“Spyborgs is targeting gamers that are looking for a great, true action game, a ‘game’ on the Wii. Not a mini-game collection, not a bad port, but a game that pushes Wii motion, a game that pushes the graphic capabilities of the Wii, a game that takes itself seriously. This is a real game…Made to take advantage of what the Wii can do and deliver what everyone really wants to see on that platform.” – Daryl Allison, Senior Producer over at Capcom

I’ve been pretty satisfied with what we’ve seen of Spyborgs thus far. It’s great to know that the developers are taking their project seriously and are very dedicated in providing Wii owners with a more hardcore effort.

50 most wanted sequels according to Famitsu readers 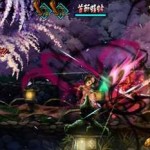 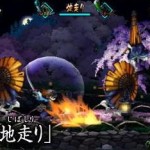 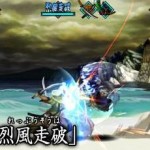 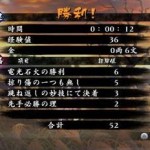 How Spyborgs could utilize Wii MotionPlus

At CAPTIVATE 09, developers working on Spyborgs shared that the team was considering implementing Wii MotionPlus. But what would be changed with the addition of the peripheral support? Daryl Allison, Senior Producer over at Capcom, explains below:

“We are taking a look at Wii MotionPlus right now. We have some ideas of what we’d like to do with it. At the very least, we know how we could enhance the core combat system that is well-designed around the regular Wii motion right now and we’re looking at some things that we could unlock that would be specifically designed around Wii MotionPlus.”

– Dev team trying to get many uses of MotionPlus in the game
– Centered around MotionPlus
– MotionPlus allowed the dev to “shift the game away from the shooting side of things”
– Production started when MotionPlus dev kits were received
– Backtracking
– Enter areas which were previously inaccessible with new abilities
– Can partake in side quests
– Collectibles, combos, Finish Kills
– Very different from the first Red Steel