Mega Man 9 was just released on Monday, yet the game has already shot up to the number one spot on the top WiiWare sales list of the week. Full list for both VC and WiiWare can be seen below:

Wii Chess to launch on Japanese WiiWare next week 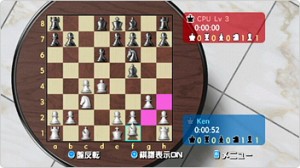 Wii Chess launched as a Wii retail title in Europe and Australia earlier this year, but Nintendo has decided to release the game on Japanese WiiWare. The game supports use of the Nintendo Wi-Fi Connection and both the Wii remote and classic controller functionality. For the Japanese Wii owners (and chess lovers) out there, the game will set you back 1000 Wii points when it becomes available September 30th.

The Official Nintendo Magazine (UK) has gotten their hands on a few new House of the Dead: Overkill screenshots. You can check them out below. 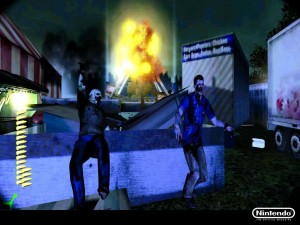 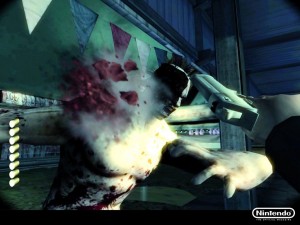 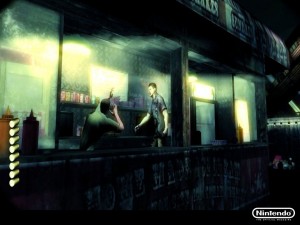 END_OF_DOCUMENT_TOKEN_TO_BE_REPLACED

Mama moving her act from the kitchen to the garden 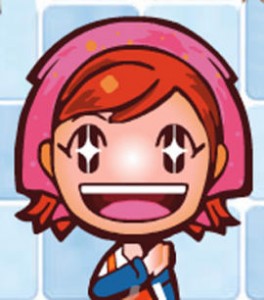 Cooking Mama has seen huge success on the Wii and DS, but it looks like Mama is ready to temporarily retire her chef hat and move on to the outside world – more specifically, the garden. The latest issue of Famitsu has an article up on Gardening Mama. This game will be heading back to the DS and will be releasing in Japan this Winter. Unfortunately, there is no news on North American or European dates as of yet.

Nintendo didn’t want Rockstar to make a GTA for kids

“No one disagreed with Sam [Houser, Rockstar president and Dan’s brother]’s very clear edict that GTA has to be an M rating. It can’t be softened to make it family-friendly – that’s not the game we’re making. We’ve never not done well by sticking to our guns. Nintendo wanted us to make GTA, and we wanted to make a game on their platform. They didn’t want us to make a GTA for kids, and we weren’t interested in making a game we wouldn’t normally make.” – Dan Houser

Personally, I can’t see any GTA game as family-friendly since the subject matter is much too mature for children. How could Rockstar possibly make Chinatown Wars for kids, even if they wanted to? I’d imagine that’d be a difficult task in itself.

High Voltage Software stated a few weeks back that friend codes will be a probable inclusion in The Conduit’s online set up. After all, as the company has mentioned, it is ultimately up to Nintendo to decide which companies can develop and include a homemade online system, much like EA did with Medal of Honor: Heroes 2 on Wii. There is some light at the end of the tunnel, however. High Voltage Software has yet again noted that “If there is any possible way for us to get around this [friend code] system, we will.” Better yet, it was also added that “A system similar to MoH2’s would be ideal.” High Voltage is hoping that Nintendo will offer “the same exceptions they granted EA.” Gamers might end up with friend codes in the final product, but at least it can be said that High Voltage is doing everything in their power to make the online experience as good as it can possibly be.

A ton of Famitsu news

– New game from Niinou, the director of EO
– Command based battles
– 4 characters in a party at one time
– Simple game concept: kill all the dragons

– There are 7 classes in the game (Rogue, Mage, Fighter, Princess, Knight, Samurai, Healer)
– For each class there are 4 different appearances
– There are skill trees for each of the classes
– The stats include LIFE, MANA, ATK, POW, DEF, INT, SPD
– While moving around, the top screen is a top-down map view, while the bottom screen is a conquest map

– A party consist of 3 characters, the longer the same characters stay in the party and battle, the stronger their bond grows. As this intimacy bond increases, there will be visible effects.
– A single character can pull off a combination of attacks with “single connect”, while multiple characters can pull off a combination attack on an enemy with “party connect”.
– If all 3 party members use a special “Excel act” attack on the same enemy, it turns into a super attack callde “trinity act” that does huge damage.

END_OF_DOCUMENT_TOKEN_TO_BE_REPLACED

So it looks as though Disaster received a 34/40 from the Nintendo Famitsu and a 31/40 from the overall Famitsu.

Customers who preorder Moon at GameStop stores and through GameStop.com will receive an exclusive telescoping Moon stylus and game case. Quantities are limited so act fast!

Moon is currently scheduled for release on November 18.

END_OF_DOCUMENT_TOKEN_TO_BE_REPLACED

Analyst says Chinatown Wars could head to the iPhone

Knowing that the iPhone would be more than capable of handling Chinatown Wars, the possibility certainly seems likely. Rockstar, however, has noted that the DS suits the game very well and have specifically mentioned the two screens.