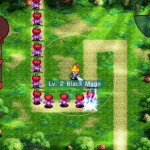 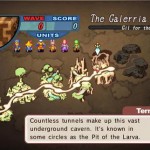 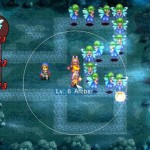 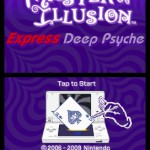 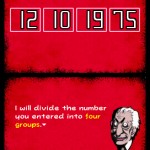 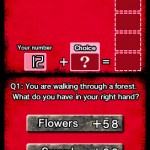 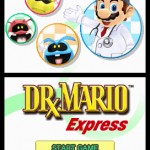 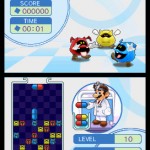 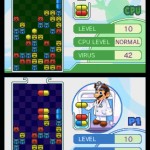 Since his debut on the country music scene in 1993, Toby Keith has continued to be one of the most successful stars within his genre, and six of his most popular singles will be released for download in the Wii Rock Band® Music Store. The six tracks are “Should’ve Been A Cowboy” from Keith’s 1993 self-titled album, the title track “How Do You Like Me Now” from Keith’s 1999 album, “Beer For My Horses” and “Who’s Your Daddy” featured on Unleashed (2002), “I Love This Bar” from Shock n’ Y’all (2003) and the title track “She’s a Hottie” from HIS 2008 platinum album 35 Biggest Hits.

END_OF_DOCUMENT_TOKEN_TO_BE_REPLACED

That was pretty annoying wasn’t it?! This may seem crazy, but we weren’t actually too sure what was happening with the site. The server was down for awhile, but when that came back up, NE was still down. However, we’re now fairly positive that there was some database corruption. We’re okay now…And it’s great to be back!

High Voltage to make some “cool announcements” at E3

High Voltage’s Chief Creative Officer Eric Nofsinger has stated that the company will be making some “cool announcements” at this year’s E3. Additionally, the development team for The Conduit plans on looking into DLC for a sequel to the game.

“I think that would be safe to assume for something we are looking at for sequels. Knock on wood that we sell the ton of units we are hoping to sell, people will be seeing a lot more versions of The Conduit in the future, and that would be something we’ve done with Conduit one. We’ve really listened to people, actively solicited feedback, and anyone who has done interviews with me in the past, or been to anyone of the events, they’ll frequently see me going around with a notepad, and writing stuff down. Our team has been dedicated to listening to that feedback. We go to the forums, we look at what people have to say about it. We can’t address everything, but we try to address everything that seems to be important to a lot of folks.

If we can get the majority of folks, and it we’ve earned their trust, by delivering on that, they’ll know that they can trust us moving forward that we’ll continue to listen to them and we’ll incorporate more. Our list of stuff for the future is not short, for sure, and I’ll say it for the Wii in general, I think we are really the first to push the system capabilities. It really is the tip of the iceberg. We’ve already uncovered a lot of new techniques that folks are going to be seeing from us. We’re going to have some really cool announcements around E3 and we’re really excited to show off some our new tech. One of our goals with The Conduit was to make a next-gen Wii experience, and I think we’ve delivered on that.

One of our goals moving forward is try to do some stuff that is pretty rare or completely unheard of on competing systems altogether. I think we are going to deliver on some of that.”

XSEED Games has confirmed today that the company has called off plans to publish Muramasa: The Demon Blade in North America. The game released in Japan not too long ago. There’s no word yet on who the new publisher of Muramasa is, but an announcement is expected relatively soon.

“XSEED Games confirms that it is no longer involved with the North American release of Muramasa: The Demon Blade. XSEED Games and Marvelous had previously announced the game as part of the initial line up between the two publishing partners. We firmly believe in the product and will look forward to seeing it release in North America. We enjoy and respect our relationship with Marvelous, and are committed to working together to deliver an amazing line up of games in the US including the highly anticipated Little King’s Story, the epic RPG Arc Rise Fantasia and Suda51’s intriguing mystery adventure Flower, Sun, Rain.” – XSEED Games statement

Australia, 20 April, 2009 – Nintendo Australia announces that Nintendo DSi™ – an upgrade to the Nintendo DS Lite® hand held console has currently sold through more than 30,000* units in Australia, as at 12 April – according to independent market research group GfK Australia.

END_OF_DOCUMENT_TOKEN_TO_BE_REPLACED

Take a Drive on the Wild Side with Excitebots: Trick Racing for Wii

REDMOND, Wash.–(BUSINESS WIRE)– Not even the craziest morning commute can compare to the outrageous behind-the-wheel action of Excitebots™: Trick Racing, launching today exclusively for Nintendo’s top-selling Wii™ console. Combining high-speed racing thrills with gravity-defying stunts and support for online action via Nintendo® Wi-Fi Connection, the game pushes the full-throttle fun of the Excite franchise into the red.

Expanding upon the fast-paced action of Excite Truck™, Excitebots™: Trick Racing puts players in command of wild robotic vehicles styled to look like animals and insects. Players must drive, sprint and fly around the track to earn stars, performing wild stunts to boost their score while racing with an incredible burst of speed. The game puts the built-in wireless features of the Wii system to use, allowing as many as six friends to compete online using Nintendo Wi-Fi Connection. Players can also trade ghost data via WiiConnect24™ and challenge each other to outdo their most dazzling tricks. Excitebots: Trick Racing uses the Wii Wheel™ accessory to let drivers pick up and play with ease, combining familiar steering motions with unique special moves such as turbo bursts, power slides and huge jumps.