Pokemon GO is not part of the DeNA – Nintendo partnership

Posted on 5 years ago by Matt(@OnePunchMaz) in Mobile, News | 6 Comments

Pokemon GO was announced earlier today for Android and iOS devices. Nintendo is involved with it, but the game is apparently not part of the company’s partnership with DeNA. DeNA confirmed this to Dr. Serkan Toto.

The first smartphone game jointly developed by Nintendo and DeNA is planned for release this year. If Nintendo are still sticking to that plan, we should hear an announcement pretty soon.

Posted on 5 years ago by Matt(@OnePunchMaz) in Mobile, Videos | 4 Comments

Update: Here’s a full transcript of the event from the official Pokemon website.

Pokemon GO was announced earlier today. In case you want to watch the whole announcement conference yourself, The Pokemon Company have uploaded a recording of the conference to their Youtube channel. Check it out below:

Posted on 5 years ago by Brian(@NE_Brian) in General Nintendo, Mobile, News | 55 Comments

Update: Official announcement is after the break.

Today, The Pokemon Company announced a new game for smartphones: “Pokemon Go”. Niantic Labs is working on the project in addition to Nintendo.

– For smartphones
– Out next year
– Niantic Labs (startup from Google, now independent) is making the game
– Nintendo is also on board for the project, along with The Pokemon Company
– Started out 2 years ago
– Satoru Iwata was pretty involved
– Meet up in the real world to play together, go on adventures
– Vision shared by Pokemon president Tsunekazu Ishihara and Iwata
– Capture Pokemon 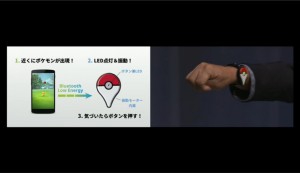 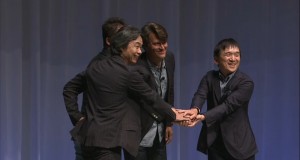 – They will inhabit parks, countryside, places around the world
– One of the original creators of Pokemon, Junichi Masuda (Game Freak), is working on the game
– Seek out Pokemon, capture them, use them to battle other players
– Will have a lot of depth so it can be enjoyed by players of various ages
– Will use real location information
– Masuda is thinking about how it will connect with future Pokemon games
– Alongside Nintendo, they’ve come up with a device to perform certain actions without having to put down your screen: Pokemon Go Plus (Bluetooth enabled)
– This uses a LED and vibration to notify players of things happening in-game
– Game can be enjoyed without the accessory
– Focused on how players would look when making Pokemon Go Plus
– Nintendo still trying to expand the gaming population 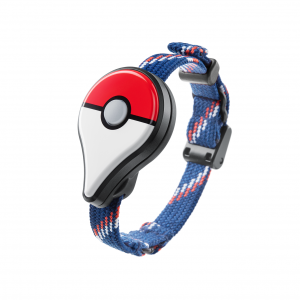 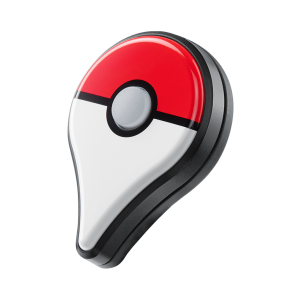 You’ll find a trailer for Pokemon Go below.

END_OF_DOCUMENT_TOKEN_TO_BE_REPLACED

A launch trailer is now available for Pokemon Shuffle Mobile. Check it out below.

Pokemon Shuffle news: iOS & Android version out in the West, new events and levels in the 3DS version

Posted on 5 years ago by Matt(@OnePunchMaz) in 3DS eShop, Mobile, News | 10 Comments

The iOS and Android version of Pokemon Shuffle came out last week in Japan. Today, it’s finally been released in the West as well. It’s free to play, so why not give it a shot?

The 3DS version of the game, meanwhile, is still getting a constant stream of updates. Today, a couple of new stages were added to the game.

First of all, you can face off against the Legendary Pokemon Lugia in a Special stage. This is a timed challenge, giving you only 30 seconds to complete it. This stage will be available until September 14.

Another timed stage has you facing off against Carnivine, giving you one minute to beat it. This stage will be available until September 12th. Like the Wobbuffet stage, this one allows you to use items free of charge.

Finally, a rerun of the Pokemon Safari stages where you can catch Spinda, Cherubi, Cherrim, Carvanha and Sharpedo started today. It will last until September 14th.

Sharpedo will likely be the players’ primary target since next Monday, a new Mega Stone challenge will appear in the game which lets you earn Sharpedo’s Mega Stone.

Posted on 5 years ago by Matt(@OnePunchMaz) in 3DS eShop, Mobile, News | 15 Comments

As we reported yesterday, Pokemon Shuffle is now available on Android and iOS in Japan. While the two games don’t share or allow you to transfer your save date, there is an interesting cross-promotion going on right now.

Pokemon Shuffle now available on Android and iOS in Japan

Posted on 5 years ago by Matt(@OnePunchMaz) in Mobile, News | 8 Comments

Today marks the release date of Pokemon Shuffle on mobile devices – specifically for Android and iOS devices in Japan. A Western release date has not yet been announced.

You won’t be able to transfer your save data from the 3DS version, and competition rankings are separate for both versions.

Posted on 5 years ago by Brian(@NE_Brian) in Mobile, News | 19 Comments

“The Nintendo deal is a huge, huge deal. Nintendo has the best IP, and IP that’s perfect matched to smartphones”.

Asako also spoke about how talks with Nintendo began years ago. Originally, DeNA hoped that Nintendo would be interested in releasing games on Mobage.

END_OF_DOCUMENT_TOKEN_TO_BE_REPLACED

Posted on 5 years ago by Brian(@NE_Brian) in Mobile, News | 17 Comments

It shouldn’t be too long now before Nintendo and DeNA announce their first mobile title. In DeNA’s Q1 financial report, the company mentioned that it’s “currently making announcement plans”. This indicates that we’ll be hearing soon.

Nintendo’s first mobile game will arrive later this year. By March 2017, there should be roughly five titles available for smart devices.

Nintendo on the timing of NX’s announcement, decision to pursue mobile, reaction

Posted on 5 years ago by Brian(@NE_Brian) in Mobile, News, Switch | 26 Comments

Scott Moffitt, executive VP of sales at Nintendo of America, has once again spoke about the reasoning and timing of NX’s announcement.

“Going back to the reveal, it was important for us to reinforce to our loyal game fans out there that we remain committed to the world of dedicated game platforms. We believe there is magic that occurs when you have a marriage between the hardware, operating system and game content itself. It was important for us to recommit, on behalf of our game fans, to that business. We didn’t want people to think we were migrating away from that core principle, which is we believe in the power of dedicate game platforms and we are going to remain in that business.”

Moffitt went on to talk about Nintendo’s decision to pursue the smart devices as well. He said that this space will be used as an “additive” for the company’s console business.

“We can’t deny the massive install base of smartphones out there, and some fans that aren’t old enough yet to afford their own gaming console, perhaps for those consumers they can start to appreciate some of our content and build a relationship with some of our characters and our franchises. We feel it’s going to be an additive to our console business.”