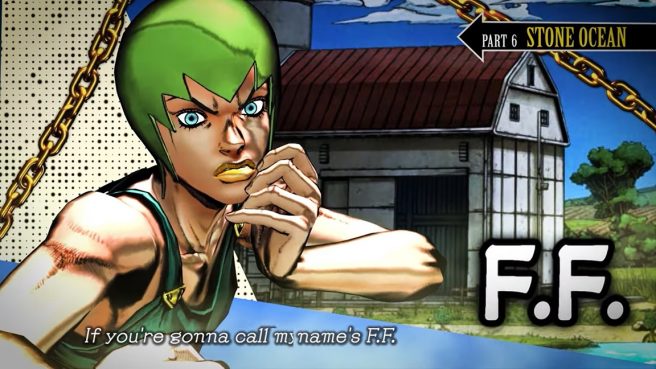 Original: Another couple of characters have been revealed for JoJo’s Bizarre Adventure: All-Star Battle R – specifically Yukako Yamagishi from Diamond Is Unbreakable and F.F. from Stone Ocean. Bandai Namco previously announced Jotaro Kujo from Diamond Is Unbreakable as another new addition. On top of that, Ikuro Hashizawa, the main protagonist from Baoh: The Visitor, another manga created by Hirohiko Araki before JoJo’s Bizarre Adventure, will be available in the game.

Many other returning characters from the original release will also be available such as as Josuke Higashikata, Rohan Kishibe, Jolyne Cujoh, and Ermes.

Bandai Namco shared a new trailer for JoJo’s Bizarre Adventure: All-Star Battle R today focusing on characters from Diamond Is Unbreakable (Part 4), Stone Ocean (Part 6), and JoJolion (Part 8), which includes a first look at Yukako Yamagishi and FF. Give it a look below.