WHAT: Nintendo fans from across the country are expected to converge on the Best Buy at 622 Broadway, New York City for the chance to compete in the New York Super Smash Bros. Brawl Regional Tournament on Saturday, March 8. Over two hundred people will get to take off the gloves, call off all bets and attempt to secure a spot in the Super Smash Bros. Brawl Tournament Finals taking place later that evening. Regional qualifying tournaments held across the country in February have drawn between 700 and 1000 consumers lining up to be one of 256 participants to play the U.S. version of the game and compete in the tournaments. The best player from Los Angeles, San Francisco, Boston-area and New York will meet at the finals in New York City. The winner walks away with bragging rights as the national Smash Bros. champion as well as a special edition, crystal-adorned Wii, signed copy of the game from the game’s creator and a home theater system from Best Buy amongst other prizes.

The alley adjacent to the Best Buy location at 622 Broadway will be transformed to help set the mood for the launch of this celebrated game, featuring a variety of fan favorite Nintendo characters, from Mario™ to Link™ to Pikachu®.

Additionally, Super Smash Bros. Brawl employs online play for the first time. This enhancement allows up to four players to simultaneously duke it out, no matter where they may be.

With new characters, new moves, online multiplayer battles and exciting action-packed gameplay, Super Smash Bros. Brawl has become one of the most anticipated games of 2008. Best Buy will open at Midnight, March 8 to ensure fans can be the first to get their copy of this much awaited release.

END_OF_DOCUMENT_TOKEN_TO_BE_REPLACED

On Friday, March 7th, Nintendo will be out full force at Spring Training when more than 30 Major League Baseball players including Todd Helton, Dan Haren, Hank Blalock, Huston Street, Milton Bradley, Gil Meche, Matt Cain, and Alex Gordon, will face off in a Home Run Derby contest on the Wii™ home video game system to see who can hit the most long balls in Major League Baseball 2K8.

· The event is open to the public and media can also have the chance to go head to head against their favorite MLB player in Scottsdale, AZ.

Star Wars for Wii a port of the PS2 version

Posted 13 years ago by Brian in News, Wii | 7 Comments

Unfortunately, some companies have been remiss in their efforts to port games to the Wii. Because of the number of abysmal ports that have populated the Wii, gamers have, for the most part, conceded any hope of a great port on the system. According to Mark Combs, Star Wars: The Force Unleashed for the Wii is a port of the PS2 version. Hopefully Star Wars on the Wii will restore some faith that ports on the system can be developed successfully.

“Well, the lead development has been done in Brisbane on the PS2, and that is the first point of call with all workings between Lucas Arts and Krome. So what we’re doing here is taking the PS2 development, putting it on the Wii, and making all the Wii specific stuff here. So, lead point is PS2 in Brisbane, to make that clear.” – Mark Combs (Producer of Star Wars: The Force Unleashed)

“What is the best game you ever played?”

It’ll certainly be interesting to see how Disgaea, a popular series which appears mostly on Sony consoles (And just recently on the PS3 with Disgaea 3) turns out on its debue for the Nintendo DS handheld.

According to an article posted on the Nintendo European website, players will be able to chat online using “dozens” of text messages. The article also states that the Mario Kart Wii channel will be installed on the Wii system. Previously, reports have claimed that the channel would be accessed through the disc itself.

With Mario Kart Wii’s launch date of 11 April fast approaching, Wii owners are gearing up for a racing experience unrivalled by any other in the kart racing series. While the game introduces a slew of new features across the board, perhaps most eagerly awaited are its online options, which take the Nintendo Wi-Fi Connection action found in Mario Kart DS to a whole new level.

In Mario Kart Wii you can go online via Nintendo Wi-Fi Connection by yourself or together with a friend playing on the same Wii console, and let the games begin! You can directly jump into online races with random players Worldwide, or opt for Continental if you prefer a challenge closer to home.

Then you will be placed in a new group of people looking for a match, or you will join an existing group. When the latter happens you will become a spectator of that group’s race currently in progress, as you wait for your turn to hit the track. With up to 12 players being able to battle or race on the circuits of the Mushroom Kingdom simultaneously, Mario Kart Wii is set to provide the biggest challenge in the series to date!

END_OF_DOCUMENT_TOKEN_TO_BE_REPLACED

Co-creator of Dungeons and Dragons dies at age 69

Posted 13 years ago by Brian in General Nintendo, News | 3 Comments 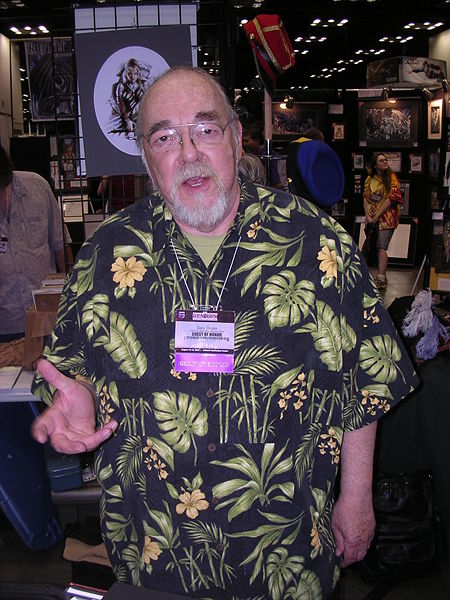 Dungeons and Dragons games have sparsely populated Nintendo systems, but it is important to recognize the co-creator of the franchise. A number of websites have reported that Gary Gygax, one of the founders of Dungeons and Dragons, passed away today at the age of 69. Gygax had been suffering from health problems for a number of years. The Dungeons and Dragons series has not only impacted the gaming industry, but books and movies as well.