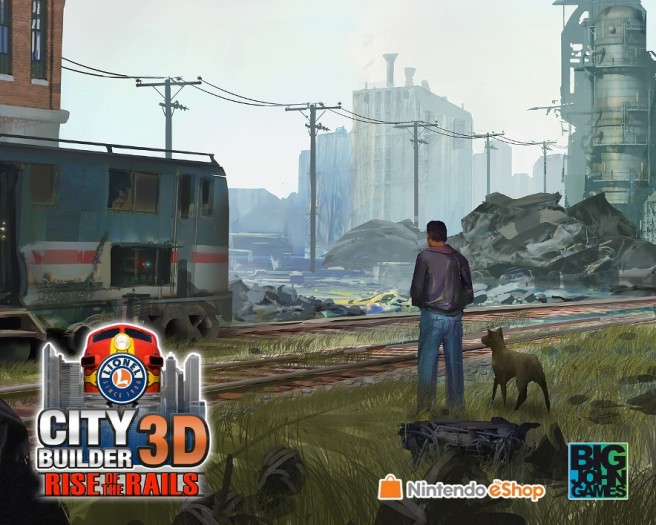 Lionel City Builder 3D: Rise of the Rails originally landed on the North American 3DS eShop way back in January. Next week, it will finally be available in Europe. The game is listed for November 17 with a €4.99 price point.

Posted on 6 years ago by Zack in 3DS eShop, News | 0 comments 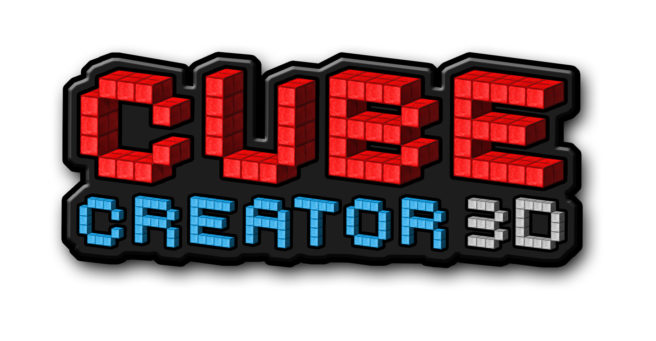 An update on the progress of Cube Creator 3D 1.2 has just been posted on developer Big John Games website from Ken Patterson, president of Big John Games. You can read the post below.

There has been a slight delay in development of Cube 1.2. We are a family business. As such, we have had an unexpected tragedy in our family and that has required much of our time to be devoted to mourning, grieving and dealing with many family matters.

I would also like to let everyone know we are down to last our last 50 bugs. We are working hard to eliminate these as fast as possible. We are back to 100 percent and are knocking off these bugs as quickly as we can.

Thank you for all of your support.

Big John Games put together a new developer video for Lionel City Builder 3D: Rise of the Rails, which hit the 3DS eShop last month. Take a look at it below. 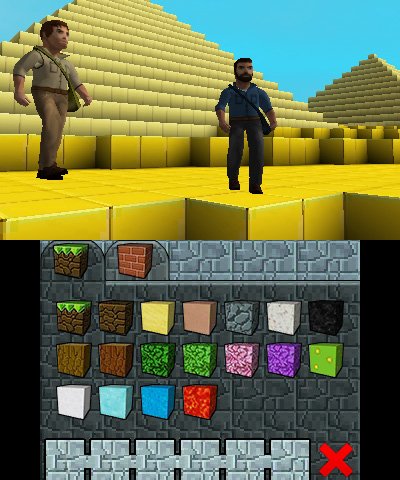 Lionel City Builder 3D: Rise of the Rails from Big John Games now has a release date. In North America, the game will be available on January 14. This has been a long time coming, as we first heard about it in August 2014.

Cube Creator 3D version 1.1 was previously made available in North America a few months back. Thankfully, European players won’t need to wait much longer for its arrival.

Check out this post to find out what’s new in Cube Creator 3D version 1.1. There’s also a trailer here.

Cube Creator 3D developer Big John Games has informed us that Lionel City Builder 3D: Rise of the Rails is on track for the North American 3DS eShop early next month. Pricing will be set at $7.99.

The studio also put out a new trailer, posted below.

Lionel City Builder 3D: Rise of the Rails comes with two modes: a Creative Mode and Story Mode. The former allows for landscape and city creation where custom trains can be driven through. Meanwhile, Story Mode teaches players about driving trains, repairing tracks, and keeping the rail system alive and well. More details about both modes plus general information can be found after the break.

END_OF_DOCUMENT_TOKEN_TO_BE_REPLACED

Posted on 7 years ago by Brian(@NE_Brian) in 3DS eShop, Videos | 4 Comments 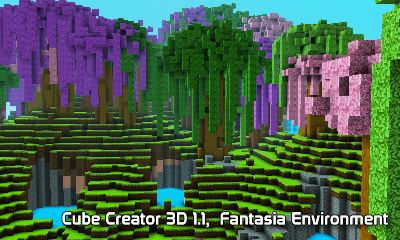 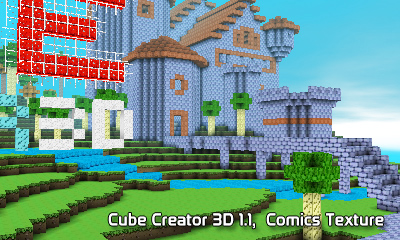 Big John Games has passed along more details plus screenshots pertaining to Cube Creator 3D version 1.1. Here’s the latest from the studio:

– 2 new environments: Fantasia and Inferno
– Fantasia: massive multi-colored trees sprouting from a rolling landscape
– Inferno: lava-filled atmosphere surrounded by a rocky, mountainous terrain with floating basalt islands above
– New enemies in these environments
– 3 new block types: marble, basalt (volcanic rock), and purple leaves
– Can collect light and dark tree wood in Survival Mode
– You can also gather coal and diamond ore
– 3 different texture packs
– New music
– Each world has a different selection of tracks
– Ladders added in the update
– Players can now ascend walls with the use of ladders rather than having to build steps/stairs
– Grass will now spread to other nearby grass in the update
– Liquid cube editing is also enhanced: water and lava can be targeted/stacked/removed directly
– Performance has been improved
– Fly faster
– Add/subtract cubes faster in Creative Mode
– Customize Survival Mode campaign
– Select which four worlds you’d like to explore at the start, including saved Creative environments
– Transfer worlds between Creative and Survival Mode
– Enhanced loading/modifying worlds
– Bug fixes

Below are the new screenshots:

Cube Creator 3D’s new update is out today in North America. In Europe, the actual game is slated for August 20.