Cube Creator 3D has finally been dated for Europe. In the country, Big John Games plans to bring the game out on August 20.

The studio wrote on Twitter a few minutes ago:

We have our date, Europe friends – #CubeCreator3D will be released on Thursday, Aug 20! #Nintendo #NoE #eShop

Posted on 7 years ago by Dennis Gagliardotto(@LyonHart_) in 3DS eShop, News | 0 comments

Kenny Jay of Big John Games, the studio behind Cube Creator 3D, just announced via Miiverse that their eShop title will be getting a brand new update that was just approved by Nintendo and is rolling out next week! For all of you Cube Creators out there, you can expect to see the update show up for the game on August 6th.

Big John Games has confirmed that the 1.1 update for Cube Creator 3D is now in lot check. It’ll take roughly 30 days for it to be approved, and then a release date can be determined.

Continue on below for the full overview of Cube Creator 3D’s version 1.1 update straight from Big John Games.

END_OF_DOCUMENT_TOKEN_TO_BE_REPLACED 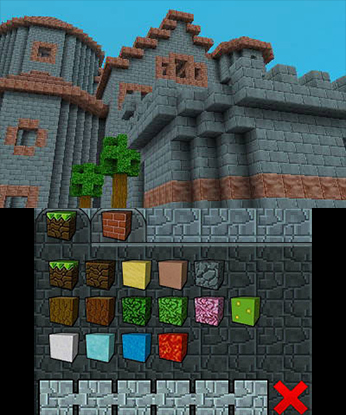 Big John Games recently shared some news about Cube Creator 3D. Along with information about the game’s first update, the developer also confirmed that the European submission is happening very soon.

Big John Games is also planning on introducing multiplayer at some point in the future. However, it’s only in “the initial planning stages” at the moment, so it’s a fairly long ways off.

Cube Creator 3D’s first update will be submitted to mid-June. The game itself will also be submitted to Europe shortly. Once language translations and ratings are done with, it’ll be just about ready for launch on the European 3DS eShop. 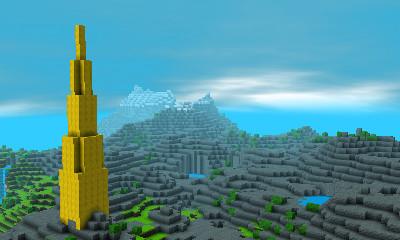 Update (4/16): We now have complete confirmation of the release date:

We're ECSTATIC to announce that we're releasing #CubeCreator3D in the eShop for Nintendo 3DS (NA) on THU 4/23 for $4.99!! @GamersDigital

The $4.99 price for #CubeCreator3D is for a LIMITED time! Be sure to grab it early in the @NintendoAmerica #eShop next Thur. @GamersDigital

We, @BigJohnGames & @GamersDigital, are targeting Thurs 4/23 for the release of #CubeCreator3D, available in the eShop for Nintendo #3DS.

Cube Creator 3D should head to Europe at some point in the future. There’s no set date at the moment, however.

Posted on 7 years ago by Brian(@NE_Brian) in 3DS eShop, Videos | 3 Comments

Cube Creator 3D demo has been downloaded over 200,000 times

The demo for Cube Creator 3D has been downloaded over 200,000 times, Big John Games has confirmed.

THIS JUST IN! The download number has surpassed 200K!!! Thanks to everyone enjoying the free #CubeCreator3D demo on their #Nintendo #3DS.

Cube Creator 3D’s previous milestone was 125,000 downloads for the demo. That number was reached last month. 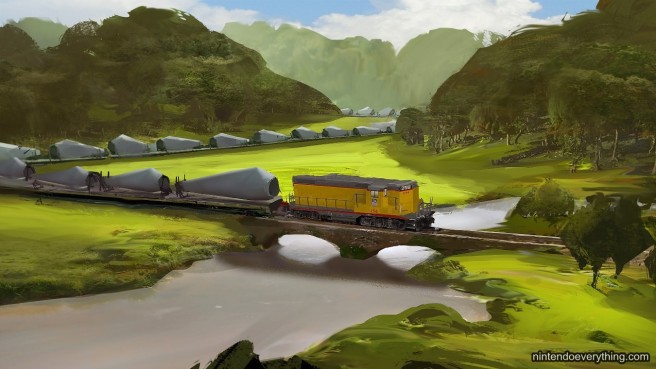 Big John Games has been hard at work on Cube Creator 3D. However, you may recall that the studio casually also announced Lionel Trains 3D for the eShop last August. We hadn’t received any actual details about the title… until now.

Big John Games was kind enough to share first information about the game, which is now called “Lionel City Builder 3D: Rise of the Rails”. Screenshots and concept art are posted below.

According to Big John Games’ Ken Patterson, the team initially thought about adjusting the engine used by Coaster Creator 3D for this game since its sandbox “is really strong.” However, they soon became interested in adding some stories and playable missions. The sandbox remains, but Lionel City Builder 3D will offer these new elements as well.

Lionel City Builder 3D is set fifty years in the future. Due to the breakdown of transportation between communities, they are now isolated and in decay. With no way way to transport goods, commerce slows to a crawl and cities and communities’ economies are in ruin. You’ll play as “Vin”, who is a worker at a smelting yard. Vin decides to reestablish trains as transportation and sets out to connect communities in hopes of saving the day.

Going back to the sandbox mode, Lionel City Builder 3D will provide hundreds of objects to build and unique environments. Players can assemble a train and take it through user-created landscapes. And speaking of user-creation, it’s possible to share worlds with other players through QR codes.

There are a couple of months left remaining in Lionel City Builder 3D’s development. Once done, we should see it on the 3DS eShop.

Big John Games has yet to make a game for Wii U. That doesn’t mean this won’t change in the future, however.

In an interview with Super Phillip Central, Big John Games’ Ken Patterson hinted that the company may eventually create a title for Wii U. He said:

We keep looking at Wii U projects. Right now it seems like our resources are better spent making 3DS games. That will change once the right game concept comes along.

We sold a lot of Thorium Wars on the DSi, our sequel on the 3DS has not done as well. Our Big Bass Arcade games have done well on all of the Nintendo platforms. Coaster Creator 3D has sold well on the 3DS here in North America, Europe and has sold really well in Japan. We are very honored to have some of our games selling in Japan.