Nintendo on keeping the Mario dev team together, why the series is fun, Mario Run update

Posted on 3 years ago by Brian(@NE_Brian) in Mobile, News | 0 comments

The App Store updated today with a news piece about Super Mario Run. The article included some comments from Takashi Tezuka, who has long been working on the Mario series.

Takashi is one of a select few developers who has had a large impact on Mario – others being Shigeru Miyamoto and Toshihiko Nakago.

Tezuka had this to say about their lengthy working relationship:

“If we were a rock band, we’d have disbanded long ago. After working together for 30 years, our sense of what’s good and what’s bad in terms of quality is in sync.”

END_OF_DOCUMENT_TOKEN_TO_BE_REPLACED

New Zelda: Breath of the Wild and Mario-themed Switch controllers on the way

Posted on 3 years ago by Brian(@NE_Brian) in News, Switch | 31 Comments

PowerA has two new specially-designed controllers lined up for Switch. Next month, the new hardware with Zelda: Breath of the Wild and Mario designs will be released.

Both controllers have been officially licensed by Nintendo. They feature six interchangeable analog caps for custom control, soft-touch rubber grips for added comfort, and a 10-foot removable USB cable.

The two controllers should be out on October 23. Amazon has the Zelda one up for pre-order here, and the Mario edition here. 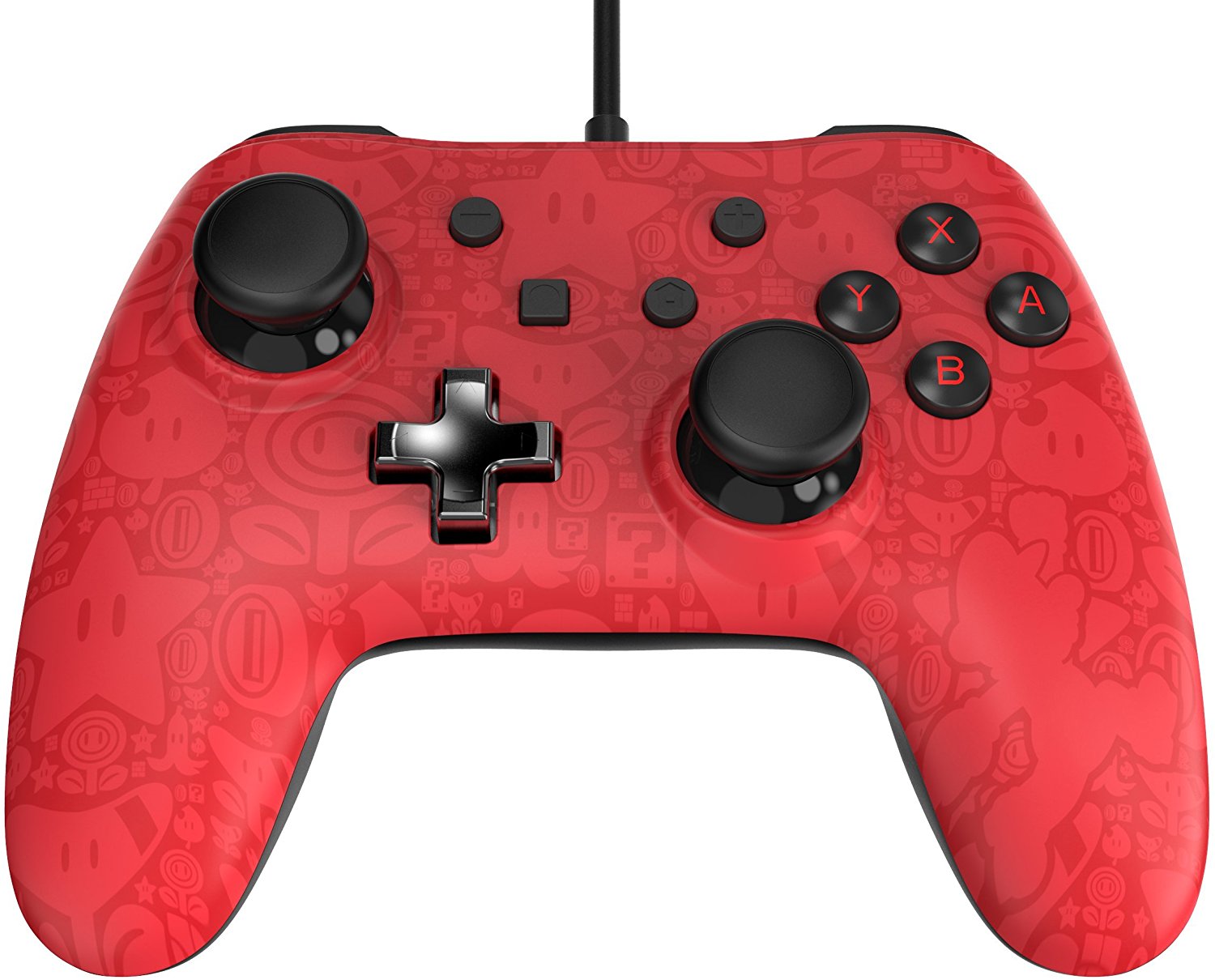 More: Mario, The Legend of Zelda: Breath of the Wild

Posted on 3 years ago by Brian(@NE_Brian) in General Nintendo, News, Random | 34 Comments

END_OF_DOCUMENT_TOKEN_TO_BE_REPLACED

Harvey Atkin, the voice of King Koopa in the Super Mario Bros. cartoons, has passed away

Posted on 3 years ago by Brian(@NE_Brian) in General Nintendo, News | 16 Comments

Harvey Atkin passed away this week after losing a battle to cancer. He was 74.

Some of you may be unaware of this, but Atkin played a big role in the Super Mario Bros. cartoons way back in the day. Atkin voiced King Koopa in three different animated shows in the 80’s and 90’s. Interestingly, he was the only one to play the same role in each series. Atkin was involved with The Super Mario Bros. Super Show!, The Adventures of Super Mario Bros. 3, and The New Super Mario World series.

Thanks to Clyde_BlueSnake for the tip.

Posted on 3 years ago by Brian(@NE_Brian) in General Nintendo, News | 8 Comments

Hasbro has revealed “Monopoly Gamer,” a new rendition of Monopoly featuring Super Mario. The board game has characters from Nintendo’s series, and also has coins instead of Monopoly money as well as special abilities.

It’s the Monopoly game with a Nintendo twist as it joins forces with beloved Nintendo video game characters. Instead of standard Monopoly tokens, the game features Super Mario characters, each with their own special powers within gameplay. Play as Mario, Princess Peach, Yoshi, or Donkey Kong. Finish the game by defeating Bowser at the end! It’s not just about money in this game; players earn points by buying Properties, collecting Coins, and beating Bosses. The player with the highest score wins the game.

Miyamoto on Mario – letting other devs work with the IP, New Donk City worries, not interested in remakes, more

Posted on 3 years ago by Brian(@NE_Brian) in General Nintendo, News | 27 Comments

IGN has a lengthy new piece with Shigeru Miyamoto all about Mario. Miyamoto talked about letting other developers handle the IP, his initial worries with how players would react to New Donk City in Super Mario Odyssey, and not wanting to remake older games.

We’ve picked out some notable quotes below. The full article with more comments from IGN is located here.

END_OF_DOCUMENT_TOKEN_TO_BE_REPLACED

Posted on 3 years ago by Brian(@NE_Brian) in General Nintendo, News | 5 Comments

Nintendo has announced a new partnership with LeSportsac that will see the Mario brand featured with a special collection of totes, backpacks and accessories.

Below are the full details of the collaboration:

“Holding a treasured place in the hearts of millions, Mario’s adventures have brought him to many strange places, including the far corners of the Mushroom Kingdom and galaxies beyond. Working with Nintendo, LeSportsac took Mario’s passion for exploration and translated it into the brand’s best-selling, on-the-go styles. These include crossbodies, totes, backpacks and weekenders, as well as small cosmetics and accessories that even the Mushroom Kingdom’s most celebrated hero can run away with on his many adventures.

Complementing the collection are five additional items, including an authentic pouch shaped like the Game Boy system, a round Piranha Plant pouch, and a Super Mario Bros. cosmetic. All styles will showcase a custom Super Mario coin zipper pull – because it is all about collecting those coins!”

The LeSportsac X Nintendo collection launches in Japan on July 19. Other countries, including the United States, will follow this fall.

Rumor: Ubisoft had internal concept of Mario and Rabbids adventure game during the Wii era

Posted on 3 years ago by Brian(@NE_Brian) in Rumors, Wii | 2 Comments

Mario + Rabbids Kingdom Battle should finally be announced at E3 this week. Before that game existed though, Ubisoft apparently had interest in mashing the two franchises together during the Wii era.

It seems that a formal pitch was never actually made to Nintendo, and it ended up as nothing more than an internal concept at Ubisoft. Nintendo may have shut things down before talks ever progressed in the slightest.

Liam Robertson has the full report on the concept below.

Posted on 3 years ago by Brian(@NE_Brian) in General Nintendo, News | 15 Comments

Mario and Yoshi are both up on Hallmark’s website here. Mario should be available starting July 15, while Yoshi is coming later on October 7. Luigi will apparently be sold in October as well, but it’s not on Hallmark’s site just yet.

Below are a few pictures:

Posted on 3 years ago by Brian(@NE_Brian) in General Nintendo, Rumors | 14 Comments

Some concerns are being raised regarding the overseas release of the Super Mario Bros. Encyclopedia. Amazon UK is cancelling pre-orders that had been previously been placed. In an email to customers, the retailer states: “Our supplier has informed us that this item is no longer available.”

Over on Amazon US, the listing for Super Mario Bros. Encyclopedia has been pulled. However, it’s still up on Amazon Canada, Amazon Germany, and Amazon France.

The Super Mario Bros. Encyclopedia is supposedly planned for June 15 outside of Japan. We should be finding out pretty soon if that date is still on track.

Thanks to Stuart S for the tip.