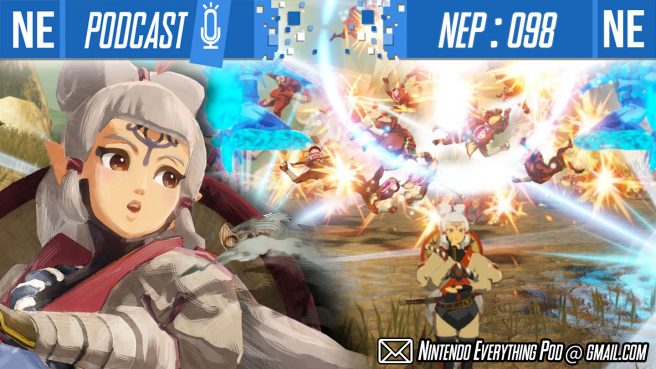 This week on Nintendo Everything Podcast, Tokyo Game Show 2020 is in full swing and we aim to be your go-to Nintendo podcast of two friends yelling at each other. Age of Calamity and Monster Hunter: Rise are really doing it for us – especially Hyrule Warriors Impa. But until those games come out, we’ve got the big Halloween Animal Crossing update. Also, a mega-corporation buying a developer/publisher that has no problems developing/publishing on their own is never good for consumers.

Check out links and timestamps below and come hang out.

If you’re enjoying NEP, please consider giving us a 5-star review on Apple Podcasts and share us with a friend. It’s incredibly helpful in getting us exposed to new listeners through algorithms, so we would greatly appreciate your help. Thank you for listening!

END_OF_DOCUMENT_TOKEN_TO_BE_REPLACED

Posted on 2 years ago by Bryce(@brodee922) in General Gaming, News | 0 comments 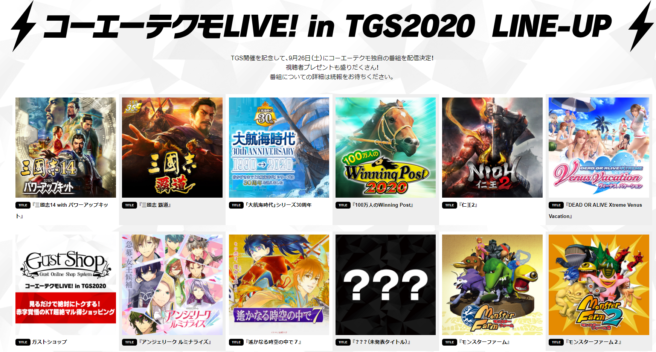 Koei Tecmo’s full channel presentation slated for TGS 2020 has been revealed in a graphic on their official website. There are quite a few Switch games on this list, including Angelique Luminarise and Monster Rancher 1 & 2.

The full list is included below, courtesy of Gematsu, and the graphic on their website (with a rough translation) has also been added as well. Koei Tecmo’s presentation at TGS 2020 is planned to run from September 23 to 27 with the Koei Tecmo Channel taking place on September 26.

Update: The following information comes from a press release on 4Gamer, translated by 黒凧 BlackKite (@bk2128) on Twitter. The mystery game in Koei Tecmo’s lineup appears to be from the Midas brand, who are known for their mobile games.

So, it means it is a good chance that the mystery announcement will be a mobile game.
END_OF_DOCUMENT_TOKEN_TO_BE_REPLACED