First few minutes of Sonic and the Black Knight

Medical Warning: Hysteria Hospital may cause your blood pressure to shoot sky high

Fun and frantic hospital game coming to WiiTM, Nintendo DSTM and PC in April 2009
Northampton, UK 4th March 2009 – Oxygen Games today issued a health warning – the frantic pace, fun and excitement of Hysteria Hospital: Emergency Ward may cause you to become over excited and turn you into a bundle of nerves!

Do you like a challenge? Can you handle the pace of this frantic, fast paced action-packed game? You have a whole hospital in your hands – do you think you can cope with the responsibility? This addictive and fun game on Wii, DS and PC really should come with a public health warning!
Treat as many patients as possible in this fun and frantic hospital game! Help patients get treated as fast as you can by making sure they are in the right place at the right time! Make sure they receive the correct prescriptions, tablets and treatments and keep them happy by seeing to them as quickly as possible! The more patients you treat the more money your hospital will make! If you don’t treat them… they won’t pay! Buy and sell machines and equipment that will help your hospital provide the services that the patients need. Progress from hospital to hospital until you are in charge of a hospital with 3 floors full of unusual machines, crazy doctors and needy patients! Everyone is relying on you to help them! Can you handle the pressure?!

END_OF_DOCUMENT_TOKEN_TO_BE_REPLACED

These details come from the latest edition of Famitsu…

– Japanese title is Bokujou Monogatari Series: Makiba no Omise (Harvest Moon Series: Ranch Store in English)
– Different from previous Harvest Moon titles
– Focuses on shop management
– Choose from a boy or girl, then create your own shop and try to make it successful
– Variety of shops to choose from
– Can take pictures of your shop and send them to friends on the Wii Message Board
– Examples of shops: Juice shop (turn fruits/vegetables into juice), ice cream parlor (turn fresh milk into soft cream), Easter egg shop (use eggs from chickens, stickers and paint that has been unlocked to make Easter eggs)
– Juice/ice cream made with mini-game play
– Characters from previous Harvest Moon games will appear at your shop – take their orders correctly to build a relationship
– Releasing April 28 in Japan for 1,500 Wii Points

– Planned for a summer release
– Original story, will connect with original comic
– Control Edward/Alphonse, navigate through Central City
– Speak to others and uncover the mystery of a certain incident
– Looks to be a pure adventure title
– Interact with people by speaking, looking, touching
– Character designs have been recreated in 3D
– Right now looks to be a Japanese exclusive game

Thanks once again to Isai for the news tip.

Thanks to Isai for the news tip.

A Boy and His Blob screenshots 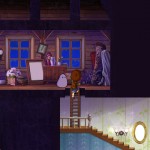 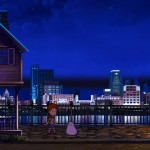 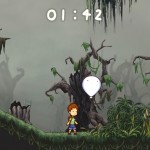 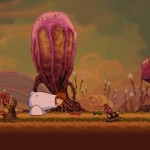 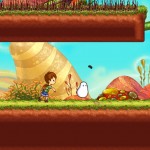 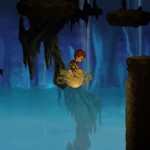 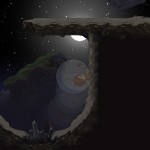 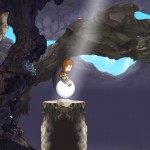 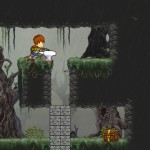 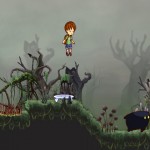 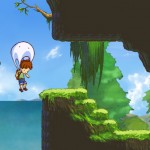 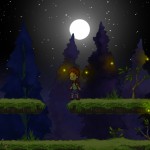 Majesco Entertainment announces ‘A Boy and His Blob’ for Wii

BRISTOL, UK, March 4, 2009 ? Majesco Entertainment Company (NASDAQ: COOL), an innovative provider of video games for the mass market, today announced a boy and his blob for WiiTM. a boy and his blob first appeared on the Nintendo Entertainment System (NES) and won numerous awards shortly after its debut in 1989. Developed by WayForward, acclaimed developers of Contra 4 and Shantae, the rebirth of this classic title expands upon the original platform adventure. Featuring groundbreaking hand drawn and painted animation technology, the all-new presentation provides a polished, cinematic feel.

“When a boy and his blob first appeared in 1989, it captured the imagination of gamers everywhere with its heartwarming storyline and unique gameplay,” said Gui Karyo, Executive Vice President of Operations, Majesco Entertainment. “Twenty years later, we are proud to bring an updated – yet still charming – reimagining of this beloved title to a new generation of Wii players.”

END_OF_DOCUMENT_TOKEN_TO_BE_REPLACED

Wii MotionPlus may release before June 18

Posted on 10 years ago by Brian(@NE_Brian) in News, Rumors | 6 Comments

Nintendo had stated a few months back that Wii Sports Resort and Wii MotionPlus would be shipping together in Spring 2009. Yet, both products have failed to make any of Nintendo’s recent press releases, and thus the release dates of the two items are completely up the air. However, with some investigating, it looks like MotionPlus could be on the way before June 18.

One of the feature articles in the latest issue of Nintendo Power is about EA’s Grand Slam Tennis. Here’s an official blurb from the magazine, which also discusses MotionPlus.

“Thomas Singleton (EA) and his Vancouver-based team hope to take things to the next level, thanks in no small part to the Wii MotionPlus accessory (due out prior to Grand Slam’s release).”

Now, EA’s website for the game says the game will be out before June 18. This has to mean that MotionPlus will arrive before then, right?!