LOS ANGELES, July 15, 2008 – At the E3 Media & Business Summit today, Nintendo unveiled an enhancement for its iconic Wii Remote™ controller and new games that promise to further enrich and engage players around the world. These offerings build on Nintendo’s ongoing efforts to remove the barriers between expert and novice video game players, an approach that has been instrumental in creating a paradigm shift for the industry since the advent of the Nintendo DS™ portable system and the Wii™ home console.

“Much has been reported about the ‘expanded audience’ for games, but what’s really at play is an expanded experience,” said Cammie Dunaway, Nintendo of America’s executive vice president of Sales & Marketing. “People of all ages having fun together—whether in the same room or from remote locations—puts smiles on faces and drives millions of new players into video game entertainment.”

END_OF_DOCUMENT_TOKEN_TO_BE_REPLACED

E3 may have been on the light side for hardcore gamers, but one hopeful piece of news came out of Nintendo’s E3 conference. It was confirmed today that both the Mario and Zelda teams are “hard at work,” developing new titles for the Wii. Whether or not this means we will see new Mario and Zelda games soon is up in the air; however, rest assured that Nintendo’s AAA developers are creating original content for the hardcore.

– Features songs from Nintendo games, including F-Zero
– Orchestra mode
– Create your own music videos
– The game will teach you how to use instruments
– Hold the Wii remote in a certain position to play the song
– Over 50 instruments playable

Wii Music was a highlight of Nintendo’s E3 media briefing, as many had anticipated. Reggie Fils-Aime officially announced at Nintendo’s conference that Wii Music will be available this holiday season. However, the Wii MotionPlus peripheral will not be supported.

More news incoming from Nintendo’s E3 conference: Wii Sports Resort. The game is a follow up to Wii Sports and will utilize the Wii MotionPlus add-on. As you would expect, the game focuses on a beach setting and will feature a number of various activities.

At Nintendo’s annual E3 presentation, Nintendo confirmed the existence of Animal Crossing Wii. The game has already been given a title, City Folk and more importantly, has confirmed a 2008 release. More news as it breaks.

UPDATE: Nintendo has also announced Wii Speak. Wii Speak will take in all of the sound in the room and is placed on top of the Wii sensor bar.

* 2.4 GHz wireless technology: Allows you to easily enter text on the Wii™ Internet Channel and in chat-oriented games from up to 30 feet (10 m) from the console.
* Compact design: Easy to store, yet full-size keys allow for comfortable typing.
* Easy setup: Just plug in the receiver and the keyboard works instantly.
* Wii™ system keys: Navigate the Internet and system with dedicated buttons for Zoom In/Out, Forward/Back, Quit, and OK.

* Licensed for Wii™: Ensures both design and technical compatibility.

Who will take the stage at Nintendo’s media briefing?

Hm…Shigeru Miyamoto. I’m hoping he’ll run out to the stage wielding another master sword, ready to show off a new Zelda title. Alright, who am I kidding? It’s probably too early for a new Zelda… 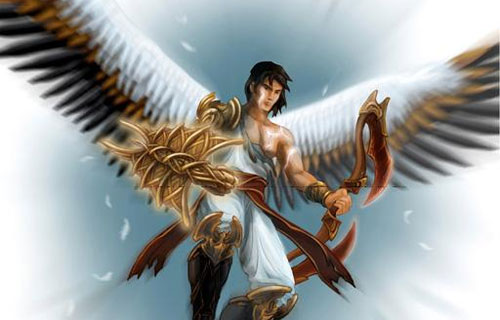