SAN RAFAEL, September 17, 2008 – Telltale and The Adventure Company are announcing that the highly-anticipated Sam & Max Season One for Wii™ will be in retail stores across North America starting October 7. Thanks to this console debut, for the first time Telltale’s award-winning comedy series can be enjoyed in the comfort of the living room, bringing you closer than ever to the experience of playing your favorite television show.

The Sam & Max series is structured like a TV series, with self-contained episodes that tie into a larger overarching storyline as the season progresses. The Wii version collects the first six-episode “season” of Sam & Max games on one retail disc. In Season One, straight-laced canine detective Sam and his psychotic “rabbity-thing” sidekick Max are on the hunt for the mastermind behind a baffling hypnosis conspiracy. Players get to interrogate suspects (with amusing results), uncover clues, solve puzzles, and ultimately piece together the underlying mystery that links the episodes.

The story-focused gameplay and simple “point and click” interface have a low learning curve, and a new tutorial ensures that even players new to the Sam & Max experience will be up to speed in minutes. Sam & Max Season One for Wii also has a few technical improvements over the PC original, including widescreen support.

END_OF_DOCUMENT_TOKEN_TO_BE_REPLACED 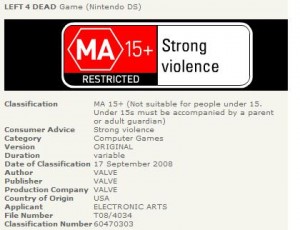 So here’s something interesting. The OFLC has rated Left for Dead on the DS. As far as gamers know, the only Left for Dead game is available only on the Xbox 360. The OFLC has given the game a MA 15+ rating and was filed by EA on September 17th. If this is true, I’d assume that the game would be a port. Wait, is this really true?!

Kizuna has a good chance of releasing outside of Japan 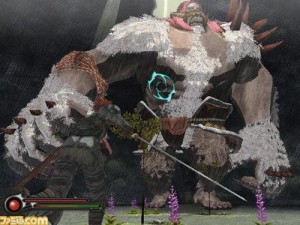 When asked about the likelihood of bringing Kizuna over to North America, an XSEED Games representative explained that the company “will definitely look into it.” So, it looks as though XSEED is interested in releasing the game in other territories. Kizuna has already received accolades for its art style. The title is set to release this Winter in Japan.

TimeSplitters 4 could truly end up on any console. The previous TimeSplitters title ended up on the Xbox, PS2, and GameCube, so it is more than likely that Free Radical will follow up with a 360, PS3, and Wii release for TimeSplitters 4. However, Free Radical wants to know what the fans are interested in – A poll is up and running on the company’s website and is asking which console people wish to play the next TimeSplitters game on. As of the time of writing, the Wii is leading the poll with 65% while the PS3 and 360 are trailing with about 15% each. This poll could end up as being superfluous if Free Radical makes the decision to release TimeSplitters 4 on all platforms, but it would be interesting to know if the results will influence the development of the game in one way or another.

Thanks to Fernando for the news tip!

Posted 14 years ago by Brian in News, Wii | 4 Comments

A Wii hard drive has been something that consistent Wii downloaders have been begging for, but did you know that Nintendo has created a HDD-enabled Wii already? Nintendo and the Starlight Foundation for the Youth have teamed up and are providing numerous hospitals with unique Wii units. These systems are different that the average Wii, in the sense that they not only come with a hard drive, but they also store full games. So that means hits such as Super Mario Galaxy, Zack and Wiki, Twilight Princess, and more are all available on these special Wii units.

Quality of Wii games have improved since 2007

This graph pretty much speaks for itself. I suppose developers are beginning to see that the Wii is a viable platform that is capable of handling games with high-quality. Let’s jut hope that this trend will continue into next year.

Spectrobes 2: Beyond the Portal Wi-Fi details

Posted 14 years ago by Brian in General Nintendo, News | 1 Comment

“In terms of the press conference, its content and announcements are still being finalized so we are not announcing anything at this time.” – Nintendo statement

So, all doubts about the conference’s existence can finally be put to rest. I just hope that Nintendo will be able to match the quality of surprises and excitement as they did last year – Monster Hunter 3 on Wii, DS demos, Fire Emblem DS, and WiiWare’s launch date were all spectacular announcements.