Posted on 8 years ago by Brian(@NE_Brian) in Screenshots, Wii U | 0 comments

Posted on 8 years ago by Brian(@NE_Brian) in 3DS, News, Screenshots | 27 Comments

First screenshots and new details for Tales of the World: Reve Unitia are now available courtesy of a new Famitsu article. You can find the game’s latest content below.

– See characters from the series appear in the world of Revalia
– Revalia is a place where dreams come true
– Told from 2 perspectives
– Perspectives: a “Young Child” from the Lufres tribe named Terun, and a “Dream Keeper” named Nahato
– Terun’s story: gets help from Lloyd and Asbel
– The two are said to have been summoned from the “Awake World”
– Terun will be travelling with them to look for other people from their world
– Nahato ends up meeting Yuri and Jade
– They’ve also been summoned in a similar manner
– They’ll be journeying for a different reason
– 60% complete
– TBA release date/price
– About 60% complete

Posted on 8 years ago by Brian(@NE_Brian) in 3DS, News, Screenshots | 0 comments

Famitsu has published a report on Taiko Drum Master: Don and Katsu’s Space-Time Great Adventure, which contains the first screenshots and a few new details. You can find all of the content below. 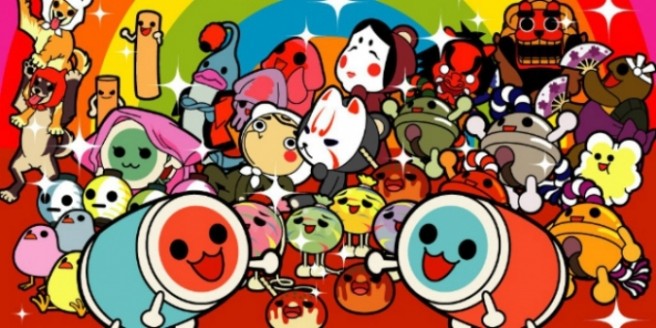 The title will feature four-player multiplayer as well as an RPG-like “Space-Time Great Adventure Mode”. Additionally, the new Taiko Drum Master comes with customizable elements that will affect the overall status of Don-chan.

One of the songs included in the game is said to be a Vocaloid song that has been causing a storm lately.

Development on the project is currently 75 percent complete.

Taiko Drum Master: Don and Katsu’s Space-Time Great Adventure will launch in Japan on June 26. Pricing is set at 4,740 yen.

Bandai Namco has announced “Puzzle Solving Battle Tore! Treasure Hunting Adventure”, a new 3DS title based on a Japanese game show. It features various challenges – such as what’s showcased in the clip above – in the form of mini-games and quiz battles. That’s the only information we have at present!

Bandai Namco has gone live with the official Tales of the World: Reve Unitia teaser site. Access it here. As is usually the case with teaser sites, there isn’t much to see at present. It should be updated with a bunch of content in the future.

Bandai Namco hiring for “Smash Bros. 6” which launches next year

Bandai Namco recently put up a rather interesting job posting for “Smash Bros. 6”. Although it was taken down after being discovered by various outlets, it mentioned that the game will be released next year on Wii U and 3DS.

Here’s what you should know about the job listing:

“Social games are currently a big hit, but the current state of job opportunities for making retail games is critically low. In the midst of this, this will likely be your only chance to be part of a development project for the Smash Bros. [series], which has surpassed a total of 10 million in worldwide sales. And Bandai Namco believes that now is the best time to recruit programmers for retail games.”

– Only 3 Smash Bros. games thus far
– Wii U/3DS games would count as the fourth
– The two games have generally been thought of as “Smash Bros. 4”
– “6” could be a typo
– Super Smash Bros. Wii U/3DS may have been delayed into 2015
– Another possibility is that Smash Bros. Wii U and 3DS are the fourth and fifth in the series, and Smash Bros. 6 is an entirely different/updated version of the game being released next year
– Tatsuya Matsumura, a consultant who uploaded the ad, seems to still have all of his other recruitment ads live on the website
– Matsumura appears to have been in the business of a career consultant to connect developers and software companies with programmers and engineers since 2011
He currently specializes in getting people in touch with gaming and software developers, and has successfully helped the recruitment of over 2,000 people thus far