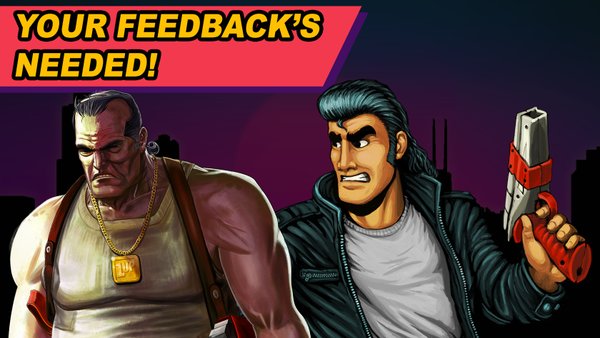 Sadly, there won’t be physical versions Retro City Rampage of either Wii or 3DS. Vblank’s Brian Proviciano explained why:

I looked into both Wii and 3DS when determining which platform(s) to do a physical version for as well. Unfortunately, the minimum print runs, cost per unit and other factors lead to me not doing them. They would’ve been super cool, but it all comes down to projected cost and estimated risk. For example, I put in the work to get approval for releasing it unrated so it could have a lower retail price. Cartridges (whether it’s 3DS or PS Vita) also cost much more than discs to produce, so that meant PS Vita still wound up being $5 more than the PS4 blu-ray version — but I take the steps I can to keep costs low.

Vblank Entertainment added a new post to its site today that examines the sales of Retro City Rampage.

While Wii makes up a tiny fraction of the game’s sales, the 3DS version appears to have done quite well. Vblank says this edition “has the healthiest tail of all platforms.” Retro City Rampage continues to move units on 3DS despite never having received a price drop.

Here are Vblank’s full comments about the title’s sales on 3DS:

Nintendo 3DS has the healthiest tail of all platforms. Released nearly 10 months ago, it has never been discounted and still boasts a strong weekly tail. It was a great fit for the platform and market and received great promotion from Nintendo at launch. RCR released on 3DS 15 months later, but had it been released simultaneously with the others it’s possible that it could be the best selling out of all eight platforms. Again, this would vary widely on the type of game, but RCR was a perfect match for 3DS.

Posted on 8 years ago by Patrick(@Patricklous) in News, Wii Shop Channel, Wii U, Wii U eShop | 3 Comments

Retro City Rampage developer Brian Provinciano recently posted an explanation for why Vblank has no intention of porting their game to the Wii U. The many reasons for why include the cost of developing a version that would be near-identical to the one already available on WiiWare, the unprofitability of the WiiWare version and the fact that no other ports are planned. I’m sure this is disappointing news for some, but the game is still available on the 3DS and WiiWare, including all the content from the new “DX” update.

Posted on 8 years ago by Brian(@NE_Brian) in News, Wii Shop Channel | 0 comments

The WiiWare version of Retro City Rampage will soon be updated with “DX” content. All missions have been tweaked, which extends to vehicles, weapons, challenges, visual effects, visual enhancements, checkpoints, difficulty, and challenges. Enhancements have been made to the core gameplay as well as smaller elements such as parking garages and waypoints.

Once the “DX” content is released, Retro City Rampage on WiiWare will be in line with the other versions of the game – mostly anyway. Only HD video filters and zoom modes will be missing. The Wii Remote, Classic Controller and GameCube Controller will all be supported, and there’s an optional “shake” gesture exclusive to the Wii Remote.

Retro City Rampage has also been rated in Australia in New Zealand, so the game should be out in these territories soon. Meanwhile, look forward to the “DX” update in other regions on November 13.

Retro City Rampage was once considered for the DS. Developer Vblank Entertainment shared a couple of Vine clips, which show a prototype that was made several years ago.

Retro City Rampage did eventually make its way to a Nintendo handheld. The game launched for 3DS earlier this year.

Posted on 8 years ago by Brian(@NE_Brian) in News, Wii Shop Channel | 10 Comments

Unlike the eShop, Nintendo implemented much stricter rules on the Wii Shop Channel. These harsh guidelines extend to payments for developers. According to Vblank, Retro City Rampage is still 750 units away in North America (850 units in Europe) from reaching the threshold needed for the studio to receive revenue from the WiiWare version. WiiWare titles need to hit a certain number of sales in their first two years before developers are compensated, and at this rate, Vblank believes this will be tough to accomplish with Retro City Rampage.

Thanks to Ryan M for the tip.

The comment above originated from a larger discussion about reviews:

Big reviews *DO* influence future reviews and public perception. The perception tints the glasses everyone else enters the game with.

If a game has a positive perception, new players continue to give it the benefit of the doubt if certain aspects don't grip them initially.

If a game has a negative perception, if new players do try it, they'll be quick to write it off.

Retro City Rampage made almost all of its revenue the second year. I do feel strongly that IGN's review significantly damaged the launch. 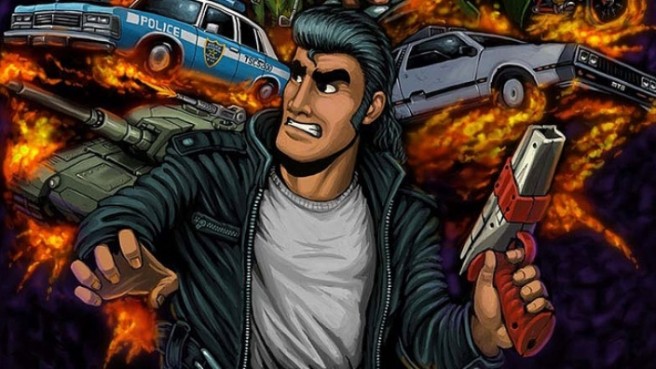 Shortly after confirming a release month for Retro City Rampage on 3DS, Vblank Entertainment also shared a price point for the download. It will cost $9.99, according to the game’s official Twitter account.

Retro City Rampage will likely end up being one of the eShop’s smallest games – it weighs in at just 16MB.