Posted on 2 years ago by Brian(@NE_Brian) in News, Switch | 16 Comments

Like many indie games on the platform, Axiom Verge looks to have done very well on Switch. Creator Thomas Happ shared some data about the performac on Twitter today.

According to Happ, digital sales for Axiom Verge on Switch “are near what the PS4 launch sales were, and when you add in physical, they likely surpass them.” Happ will also be able to use strong funds generated from the physical version for his son’s healthcare. If you recall, publisher BadLand said it would donate 75% of its share.

Nintendo Switch digital sales are near what the PS4 launch sales were, and when you add in physical, they likely surpass them.

So thanks everyone for buying, and especially @dan_adelman and @BadLandGames for making the physical version a reality.

If it wasn’t clear that Axiom Verge creator Tom Happ wants to port the game to Switch, it should be now. Happ already reached out to Nintendo “many times” in hopes of being approved to develop on the system, but that hasn’t happened. “As soon as we get the green light, we’ll drop everything and get right to work on the Switch version,” Happ told Nintendo Life.

Nintendo has previously stated that the company is prioritizing newer experiences over ports for Switch during the system’s early days. When that begins to change, we should be getting Axiom Verge on Switch.

Axiom Verge getting physical release on Wii U

Axiom Verge landed on Wii U last year as an eShop download. Later this year, the game will be getting the physical treatment.

Thomas Happ Games is partnering with BadLand Indie on Axiom Verge: Multiverse Edition. Buyers will receive a copy of the game, a deluxe booklet with developer commentary and art, double-sided poster, and an exclusive making-of documentary on DVD. 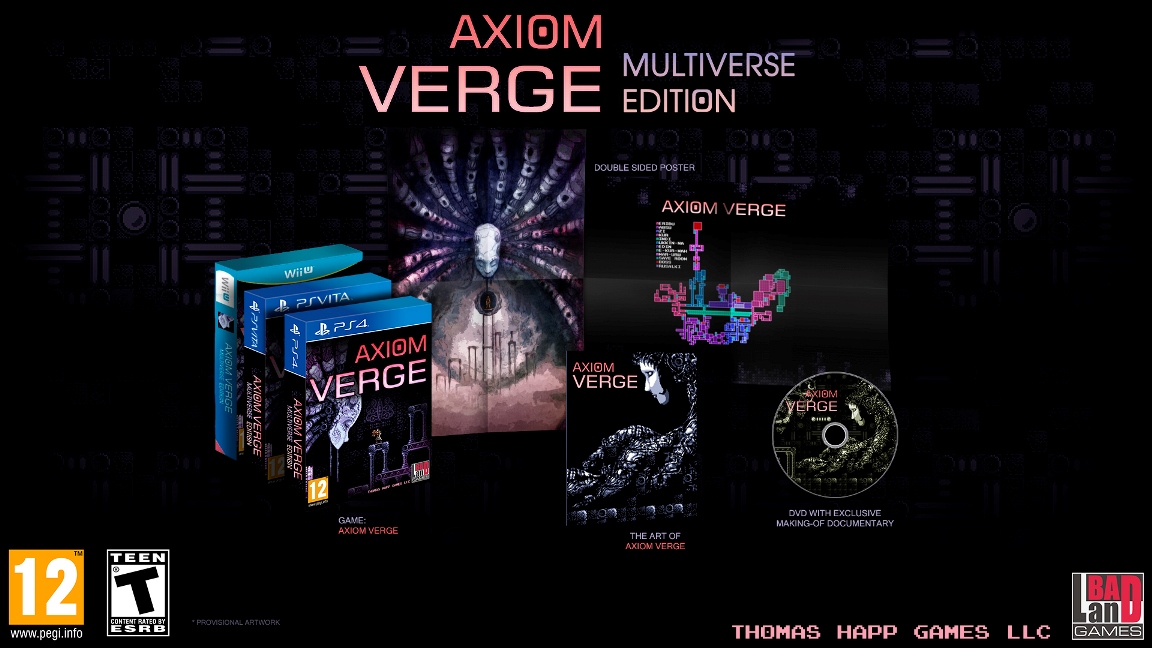 Posted on 3 years ago by Zack in Switch | 14 Comments

Gamasutra has published an article detailing the reactions of several prominent game developers to the reveal of the Nintendo Switch.

The article on Gamasutra has some very respected names both to Nintendo fans and in the general games industry. Some of the more prominent include David D’angelo of Yacht Club Games and Thomas Happ, creator of Axiom Verge. While many of these developers make obvious their excitement for creating games on the Switch, these aren’t official confirmations as of yet. Take these with a grain of salt.

David D’angelo of Yacht Club Games had this to say about the Nintendo Switch:

At Yacht Club Games, we’re very excited for the Nintendo Switch! Nintendo continues to put fun first by focusing on delivering new, engaging ways to play, which is what we’re all about! We can’t wait to take advantage of the system’s capability to have local and online multiplayer anywhere. It will allow for some truly great game experiences. We can only imagine the pure joy we’ll have playing Nintendo’s games both on the go and at home.