Posted on 1 month ago by Amit Dhindsa(@Agnezenn) in Reviews, Switch | 0 comments 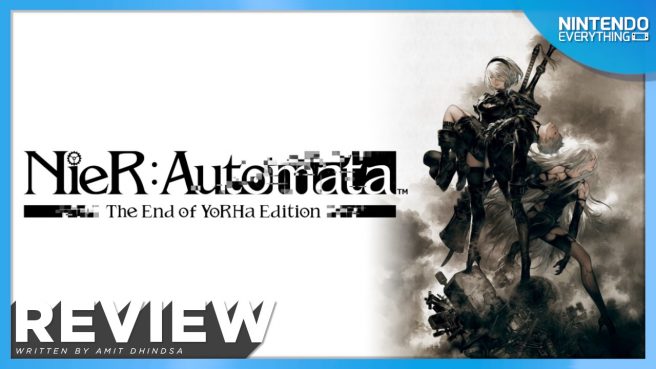 NieR: Automata has always shared something of a connection with Switch. When asked by Famitsu what his thoughts were on the system and its reveal presentation in January 2017, director Yoko Taro simply stated his memories vanished once he found out the console, along with Breath of the Wild, were releasing just one week after his game. Launching alongside such a titanic duo didn’t end up holding NieR: Automata back in the end, however, as it was both a critical and commercial success, leading to it becoming one of the most requested Switch ports of the last generation. More than five years later, the game has finally arrived on Nintendo’s platform, and this gripping tale of android vs. machine was certainly worth the wait.

END_OF_DOCUMENT_TOKEN_TO_BE_REPLACED

Posted on 8 months ago by Amit Dhindsa(@Agnezenn) in Reviews, Switch | 0 comments 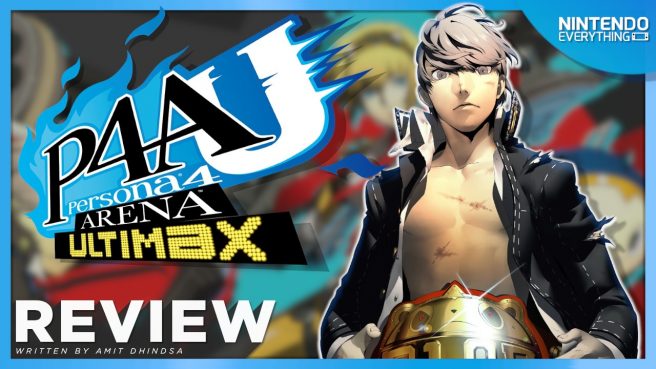 A longtime cult classic among Persona and fighting game fans alike, Persona 4 Arena Ultimax is finally seeing a re-release on modern systems as part of the series’ 25th anniversary celebration. Atlus and Arc System Works came together a decade ago to create a crossover for the ages, pairing Arc System Works’ wild and incredibly fun fighting game style with the world of Persona and its unmatchable, overflowing swagger. That swagger is present in every facet of the game, including the familiar characters and aesthetic, electric soundtrack, slick flourishes throughout the presentation that would go on to take even Masahiro Sakurai’s heart later in the series, and its classic Persona-style mystery.

END_OF_DOCUMENT_TOKEN_TO_BE_REPLACED

Posted on 8 months ago by Amit Dhindsa(@Agnezenn) in Reviews, Switch | 0 comments 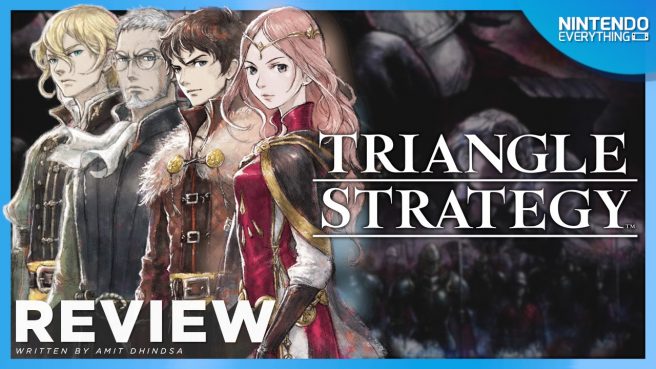 Square Enix’s Team Asano has been a force to be reckoned with on Switch. Their debut on the system, Octopath Traveler, was a showpiece at the first real Switch blowout in January 2017 and released the following year to great acclaim. Returning to the glory of their 3DS days, the highly requested Bravely Default 2 came out just last year. Now the third entry in the team’s Switch JRPG trifecta returns to Octopath’s HD-2D style, but delivers gameplay so different that it might as well be considered a different genre. That certainly doesn’t hold it back however: different as it is, Triangle Strategy is a tremendous overall package and possibly Team Asano’s finest work yet.

END_OF_DOCUMENT_TOKEN_TO_BE_REPLACED

Posted on 10 months ago by Amit Dhindsa(@Agnezenn) in Reviews, Switch | 0 comments 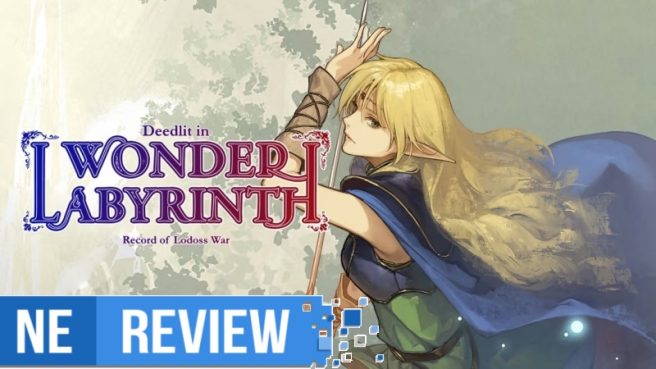 Record of Lodoss War is one of the oldest still-running Japanese series a lot of people have probably never heard about. With media that includes not only video games but novels, manga, and anime, the franchise’s history dates back over three decades to 1986. While Deedlit in Wonder Labyrinth is the newest installment in the series, it’s also nostalgic in a lot of ways, from its beautiful 2D pixel art style to its story.

END_OF_DOCUMENT_TOKEN_TO_BE_REPLACED 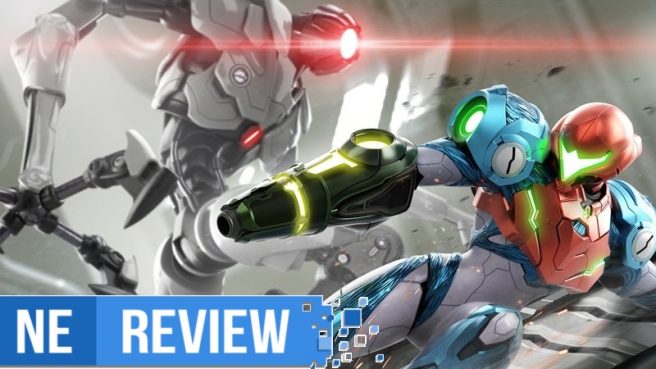 Note: we’ve updated this post with a video version of our Metroid Dread review – check it out below.

Metroid Dread still feels a little surreal. The shock of a new, original 2D Metroid was palpable when Dread was announced, but the more one thinks about it, the more amazing it seems. It’s the realization of a 15 year old concept that has gone through multiple cycles of early development and dormancy. It’s the first original 2D Metroid in almost two decades, a span of time in which an entire genre named after the series has sprung up and seen thousands of games following in its footsteps. It’s a game that has expectations to live up to that seem almost unfair but somehow manages to exceed them. Metroid Dread is real, and it’s a masterpiece.

END_OF_DOCUMENT_TOKEN_TO_BE_REPLACED 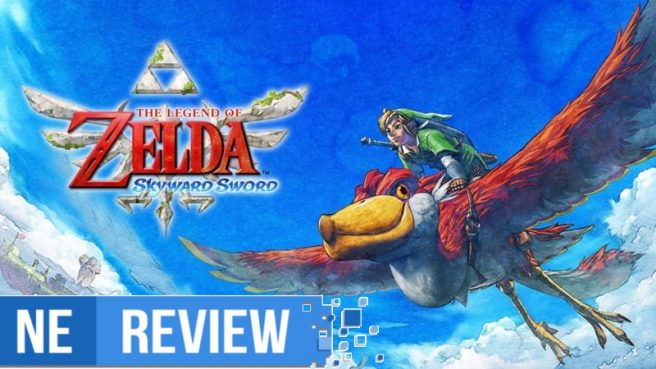 The Legend of Zelda: Skyward Sword is the culmination of the 3D Zelda games that came before it. It’s hard to imagine the winning formula introduced in Ocarina of Time being refined further than this: puzzle-solving strikes a brilliant balance between challenging and intuitive, the way dungeons evolve is impressively organic, and exploration provides a sense of adventure without feeling as if Link has to wander aimlessly. By the same token, reaching this peak meant it was time for Nintendo to reconsider where to take the series next, which eventually led to The Legend of the Zelda: Breath of the Wild. That makes coming back to Skyward Sword now an interesting prospect and, thanks to a combination of the original game’s strengths and the quality of Skyward Sword HD’s enhancements, a supremely enjoyable one.

END_OF_DOCUMENT_TOKEN_TO_BE_REPLACED 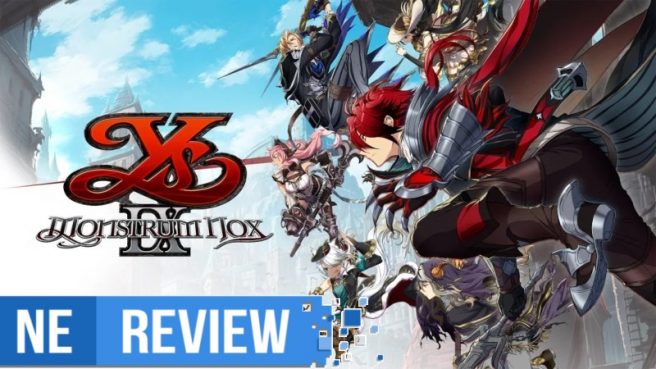 While the Ys series has had a small but fiercely dedicated following for many years, Ys VIII was something of a turning point. With a shift to a more open world structure and a greater focus on story, as well as porting efforts that saw the game come to numerous platforms including Switch, the game was a success both in terms of sales and increased mindshare for the series. Ys IX: Monstrum Nox is finally here to follow up on its predecessor’s breakout performance, and outside of some technical hiccups, it does so admirably.

END_OF_DOCUMENT_TOKEN_TO_BE_REPLACED 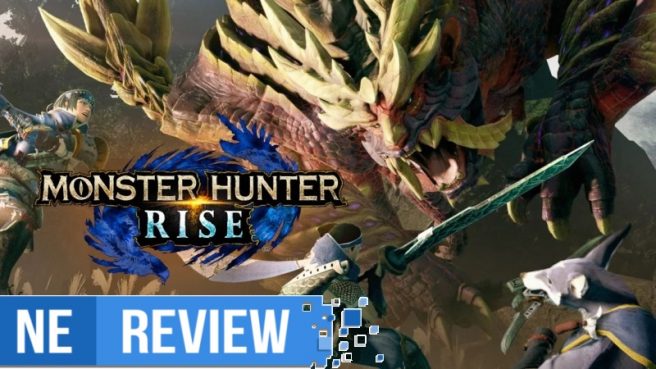 Monster Hunter Rise has been a long time coming. With the continued success of the series on 3DS and the immediate, roaring success of Switch as a handheld and home console hybrid both in Japan and around the globe, a new entry in the series early in the console’s life cycle seemed like a given. While the system did receive an enhanced port of Monster Hunter Generations awhile back, the original Monster Hunter so many expected eluded the system for a number of years. Now finally, four years later, Monster Hunter Rise is set to deliver on those expectations.