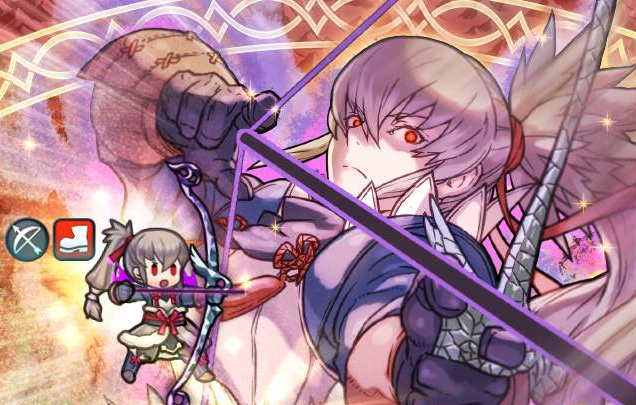 Fire Emblem Heroes is bringing Limited Hero battles to special maps starting today and lasting for the next five days. Rewards such as Hero Feathers and Divine Codes will be available to earn in Part 1 depending on your deployment options.

Takumi: Empty Vessel will kick off the Limited Hero battles and the the rest of the battles are enclosed in the schedule below (click to enlarge). 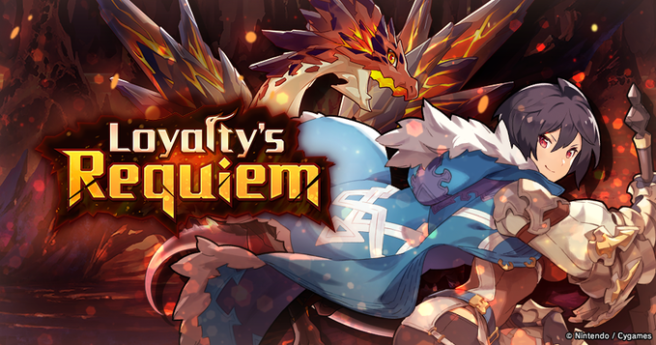 A new summon showcase is coming to Dragalia Lost on May 11, 11:00pm PT and included in it are the adventurers Yurius, Forte, and Azazel. A trailer for these characters has been linked below to view.

Additionally, the Loyalty’s Requiem raid event is going live at the same time, a revival of a very early raid in the game. This battle will feature the hero Celliera fighting against the fiend Phraeganoth.

Finally, a sixth mana circle will be added for the characters 4 star Celliera and 4 star Ranzal. This will occur on May 11, 10:30pm PT.
END_OF_DOCUMENT_TOKEN_TO_BE_REPLACED 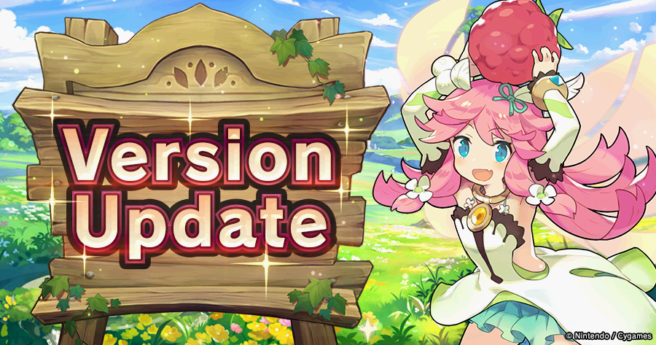 Dragalia Lost’s newest update (version 1.19.1) has released and brings with it various fixes to issues reported in the last version. This serves as the main reason for this update and no other new content has been listed in the patch notes.

The full list of issues fixed are listed below in the patch notes.
END_OF_DOCUMENT_TOKEN_TO_BE_REPLACED 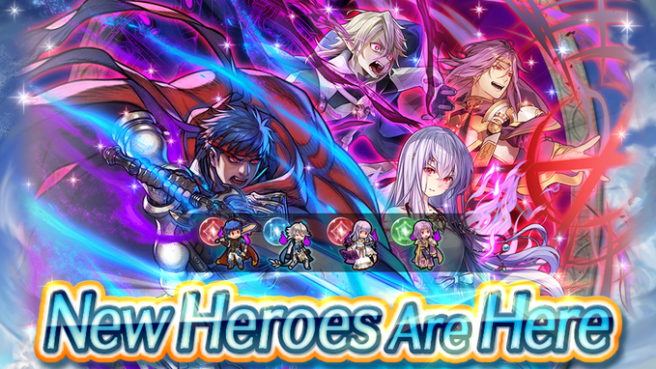 Fire Emblem has added new heroes in a summoning event, including the dark versions of Ike, Julia, Lyon, and Corrin. With these heroes comes an added chapter in Book IV, Chapter 7 and a log-in bonus of 13 orbs.

Additionally, the Forging Bonds: Peaceful Ends event is live and for up to seven days, you can snag 2 Orbs for the first clear of a map (once a day). Also more rewards will be available to earn in this event, such as accessories, First Summon Tickets, and Divine Codes.

Pokemon Master’s producer Yu Sasaki has released a new letter (#10) which gives details on upcoming events as well as explaining the use of recently updated features.

First, he talks about the new Tactics feature and how to optimize your team. But then he gets right into the new content, detailing the new Legendary Arena battles and how the opponents in these battles will work. The opponents in the Legendary Arena will have high HP and the attack patterns of these Pokemon will change when their HP is decreased- meaning that switching Sync Pairs will be very important for this battle. It appears that Entei will be the first Pokemon added to the arena.

Then Sasaki talks about the plans to improve existing features like reorganizing battles that reward items, reducing time spent battling for items, and setting a maximum number of playable battles per day. The full text of this letter is available in the source below to anyone who would like to know more specifics about these features.

SNK Gals’ Fighters no longer available from the European eShop 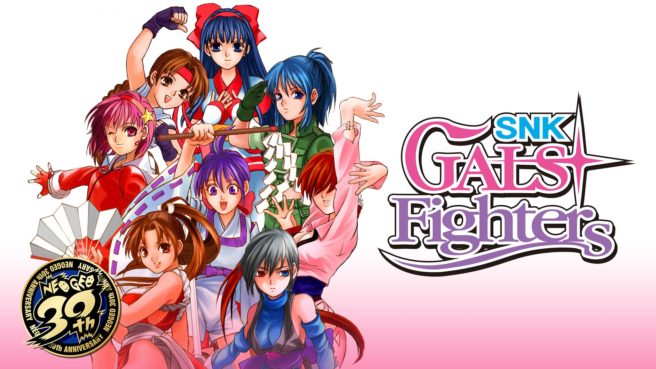 SNK Gal’s Fighters, the classic fighter from the Neo Geo Pocket Color, launched on April 30 for the Nintendo Switch in Europe. Now, it has seemingly disappeared from the eShop.

While the game is still currently available to purchase on the United States eShop, the link that previously belonged to it in Europe now results in a url that says “Not Found.” At this time it is unknown whether this is an error or a deliberate action but hopefully this issue will be addressed in the near future. 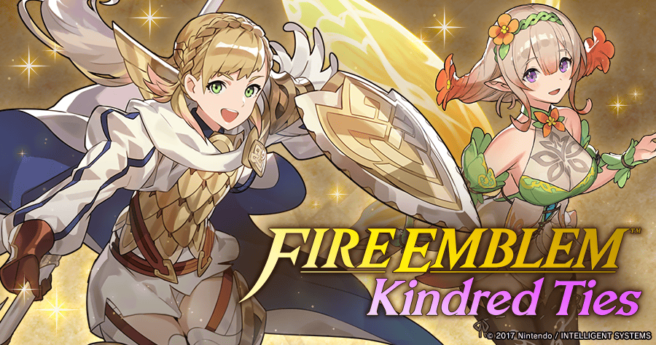 Dragalia Lost’s cross-over event Fire Emblem: Kindred Ties has gone live as of May 3, 11pm PT, and with it comes the ability to summon the divine dragon Tiki. Appearance rates for Tiki are boosted for the duration of the event.

In addition to Tiki, there are new coliseum quests to enjoy as well as a Lunatic difficulty that has been added to Thorr’s Descent. The news of this update comes with a gameplay video of Tiki in action, which is available to view below.

Other than the Fire Emblem event, a new raid battle will be added on May 9th, featuring the boss Hypnos. You will need an Astral Piece to attempt this raid.
END_OF_DOCUMENT_TOKEN_TO_BE_REPLACED 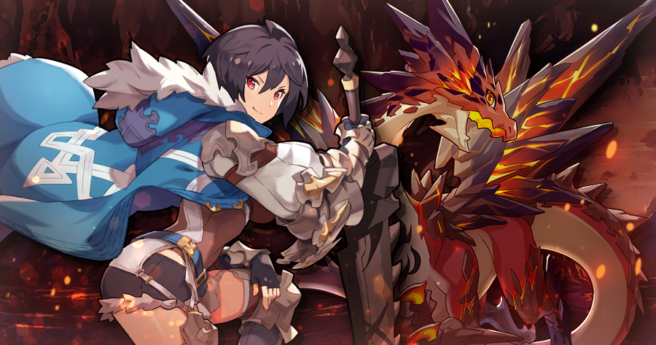 Director of Dragalia Lost, Yuji Okada, took time to detail what’s next for the game in May in a lengthy news update. Included in the article, he reiterates the features of the two Fire Emblem updates and then gets into what is coming this month.

For May, players can expect the revival of the Loyalty’s Requiem raid event, which was the first raid event after the game launched. The team is also adding an interlude to Chapter 13 of the story, as well as including the “Dream Big Under the Big Top” facility event to the event compendium. Both of these additions are expected in late May.

Finally, there will be added Master modes to some quests in The Agito Uprising, such as Volk’s Wrath, and the ability to craft craft tier II flame-attuned 6 star weapons.

The rest of the article talks about what is coming next in Dragalia Lost, and the entire column is available to read below:

END_OF_DOCUMENT_TOKEN_TO_BE_REPLACED 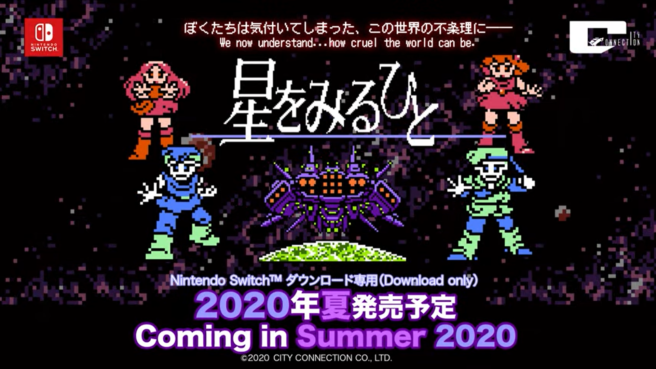 City Connection has announced that they are bringing the Sci-fi RPG Hoshi wo Miru Hito to the eShop this summer.

Originally a 1987 Famicom game, the game is set for a worldwide release that will cost either $9.99 or 990 yen, depending on region. It is unsure at this time if the game will have an English translation, but it’s official website has an English option and it is being advertised to English speaking Switch owners as well as Japanese.

You can check out a trailer for the game below as well as a description of what to expect from the game.

END_OF_DOCUMENT_TOKEN_TO_BE_REPLACED

Monster Rancher getting an update with new monsters, an added tournament mode, and more 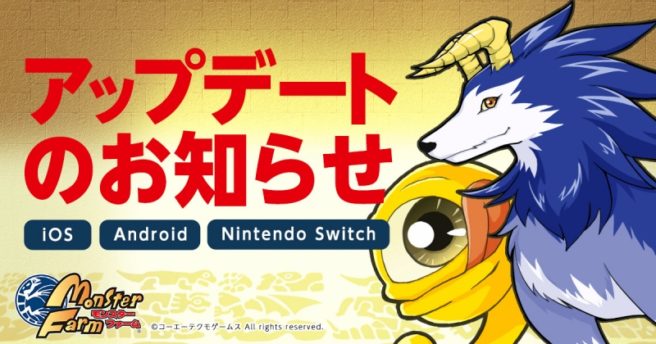 Koei Tecmo is releasing a new update for Monster Rancher in Japan, which will bring a bunch of new content for free.

Most notably, there will be more monsters and an added Tournament mode where your monsters can battle without any instruction from breeders. There is also more music data to be added to the game (some of it exclusively for the Switch version) and a battle mode where you can select monsters uploaded from different players.

The full details have been translated from Koei Tecmo’s press release and are included below, courtesy of Gematsu: