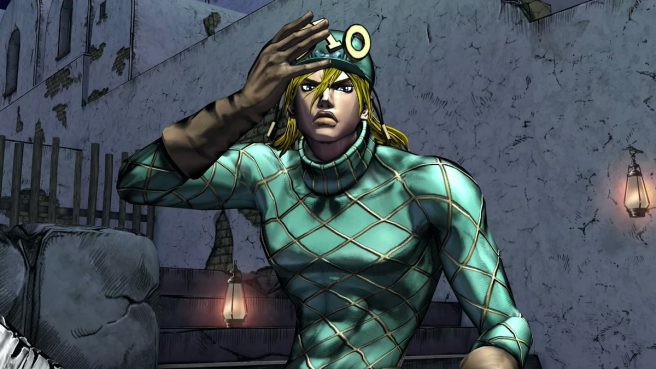 Get a look at the new JoJo’s Bizarre Adventure: All-Star Battle R trailer for Diego Brando below.

One of the most talented jockeys of his time, Diego Brando, is making his DINO-mite entrance into #JJASBR.

With a ferocious Stand ability, Diego is ready to strike terror into the hearts of any enemy in his way. pic.twitter.com/jkBrQQuIuQ