Eduardo the Samurai Toaster available on WiiWare next Monday

Colorado, USA – June 8th, 2009 – Semnat Studios is elated to be able to announce that Eduardo the Samurai Toaster is being prepared for launch on WiiWare™ in North America on June 15th, 2009 for a mere 800 Wii Points™. That’s like the price of lunch. For the price of lunch you could own an awesome single-or-cooperative sidescrolling action game. Support the little guy!

With visuals drawn and scanned in from several different art mediums such as pen & ink, acrylic paint and charcoal, Eduardo sports an untraditional aesthetic design for a videogame. Jump, shoot, whip, drive, fly and throw your way through hordes of Peking Opera pastries, spear toting carrots, robotic mangos, and more. Play with friends as you learn to cooperate effectively, or be annoying by throwing each other around the screen and attacking one another.

END_OF_DOCUMENT_TOKEN_TO_BE_REPLACED

XSEED was “kind of being punished” with Muramasa publishing situation

“I don’t know if I can get away with saying too much about this, but Xseed was kind of being punished, to some extent. They wanted to light a fire under the guy who was in charge of them. Out of all the games we actually have ties with Vanillaware and we were able to get Muramasa. We have a very good relationship with Vanillaware already…We do have relations with Vanillaware…Honestly, there are things going on, but I cannot talk about them at this point in time. They will be revealed at a future date.” – Robert Macchiaverna, Acquisitions Manager at Ignition Entertainment

The situation between XSEED and the publishing rights to Muramasa: The Demon Blade apparently go farther than we initially assumed. I still am slightly surprised that XSEED will not be publishing the title, but luckily for gamers, Ignition appears to be working hard on localization.

The current chaotic state of Washington D.C. has escalated due to increased reports of “alien” activity in the Potomac area. These reports have been confirmed as true by our field agents. Normally, we could be sure that this information would be ignored, but the events of recent terrorist attacks on the capital and the assassination attempt on the President’s life has left government and private organizations in an overly paranoid state. All U.S. agencies are scrambling for any answers to these threats. As you know they are unprepared and incapable of dealing with what is to come. It is in the Trust’s hands to neutralize this new threat to our nation.

END_OF_DOCUMENT_TOKEN_TO_BE_REPLACED

Cambridge, Mass. – June 8, 2009 – Harmonix and MTV Games today announced 25 tracks from artists coming this week to the Rock Band® Music Store catalog of downloadable content for the Wii™ system, including the highly anticipated 12 tracks from Iron Maiden, one of the world’s most successful rock bands.

As previously announced, the release of this week’s downloadable Iron Maiden tracks coincides with the U.S. release of Flight 666 on Blu-ray and DVD as well as a double-CD soundtrack album and limited edition double-vinyl picture disc. Flight 666 documents the first leg of Maiden’s legendary SOMEWHERE BACK IN TIME WORLD TOUR, which took them 50,000 miles around the planet, playing 23 concerts on five continents in just 45 days. One of the stars of the movie is the band’s customized Boeing 757, Ed Force One, which carried the band, all their crew and 12 tons of stage equipment and was piloted by Maiden vocalist Bruce Dickinson, a fully qualified and active Airline Captain with Astraeus Airlines.

END_OF_DOCUMENT_TOKEN_TO_BE_REPLACED 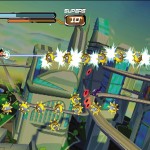 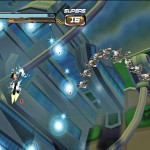 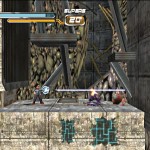 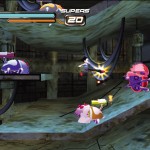 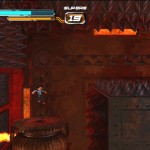 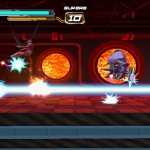 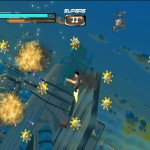 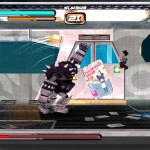 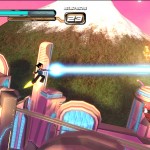 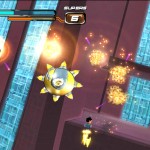