Say Hello to Pocoyo on DS

PlayV has announced that its officially-licensed pre-school title Hello Pocoyo! will be released for Nintendo DS on the 27th February. The DS interpretation of the phenomenally popular under-5s’ educational series allows parents and children to interact with the wonderful world of Pocoyo and his band of friends via elementary logic puzzles and mini-games. Developed by Zinkia, Hello Pocoyo! represents another key release in PlayV’s eleven-title Q1 2009 line-up, which sees a strong lifestyle focus backed up by an on-going commitment to core audiences.

Hello Pocoyo! sees Pocoyo discover a magical pen with great powers. Whilst playing around with it, he accidentally makes his friends disappear, setting the story for a DS adventure like no other. As Pocoyo searches for his missing friends Pato, Elly and Loula, all of whom have special abilities to help him on his voyage of discovery, he’ll encounter a wealth of puzzles and activities ranging from colouring-in tasks and hand-to-eye co-ordination training through to dance competitions and elementary rhythm action events. With such a varied range of things to do, coupled with the title’s faithfulness to the TV series, Hello Pocoyo! represents the ideal game for young children and their parents to play together.

END_OF_DOCUMENT_TOKEN_TO_BE_REPLACED 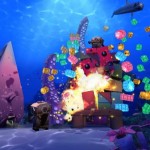 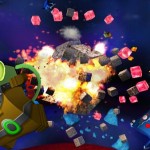 EA AND STEVEN SPIELBERG ANNOUNCE BOOM BLOX BASH PARTY
Sequel to Award-Winning BOOM BLOX Takes Players from the Depths of the Sea to Outer Space for a Party Anyone Can Throw
Guildford, UK January 29, 2009 – Get ready for the ultimate blox-busting action as Electronic Arts Inc. (NASDAQ: ERTS) today announced BOOM BLOX™ Bash Party for Wii™, the sequel to the critically-acclaimed BOOM BLOX™ game for Wii. EA’s collaboration with director and producer Steven Spielberg continues with BOOM BLOX Bash Party, and the destructive fun reaches new heights with richer multiplayer action and more than 400 new levels that will have players of all ages gaming together and solving action-packed puzzles under water, in zero gravity, and beyond!

END_OF_DOCUMENT_TOKEN_TO_BE_REPLACED

Kizuna may be in the clear after all

Last week it was reported that Jaleco Holdings has withdrawn from the video game business. That move leaves one major Wii title – Kizuna – in trouble. However, a few recent findings relating to the game may indicate that the game is in no trouble at all. The copyright date from Kizuna has been updated to 2009 and there have been two website notices in the past few days to let fans know that a blog and forum have opened.

60 best-selling games over the past year (NA/Europe)