Another family organization upset with a Wii game

First it was MadWorld and now it’s House of the Dead: Overkill. Yup, that’s right – Another family organization has expressed dissatisfaction with a Wii title. This marks the second time in just a little over a week that the content in a Wii game has upset a family group. Angela Conway, director of the Pro Family Perspective, is “very distressed that a large number of teenagers and adults would play this game [House of the Dead: Overkill] and soak up this amount of sexually aggressive violence and aggressively violent language.”

“The gaming industry has been mischievously misrepresenting the classification system on this issue. I feel very distressed that a large number of teenagers and adults would play this game and soak up this amount of sexually aggressive violence and aggressively violent language. We need to draw a deep breath and look at the research, which will show a need to scale back this level of violence. Given the increasing amount of knowledge now available of the effects of exposure to intense levels of violence on the adolescent brain, we should be reviewing the level of violence the MA15+ classification now allows.”

SEGA is defending their game, however, and says that, “House of the Dead: Overkill has been rated as suitable for people over 15. It is not an R-rated game. The swearing in it is very much stylised so it matches the Grindhouse cinema style made famous by director Quentin Tarantino. In playing the game, players attack zombies or humanoid characters but never humans. This is an important distinction that the classification board makes when it gives a rating.” 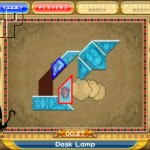 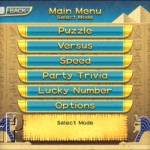 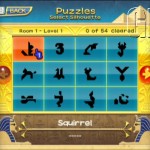 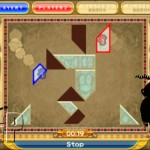 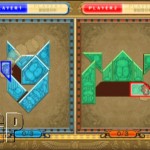 “We’re delighted to have been shortlisted for this award,” said Brian Jobling, Managing Director of Eutechnyx, “Ferrari Challenge was a labour of love for Eutechnyx and so you can imagine how pleased we were when it was so well-received by the audience and critics. To now be recognised in the North East Digital Awards is a great honour.”

END_OF_DOCUMENT_TOKEN_TO_BE_REPLACED

Nintendo to support a strong strategy for DSi applications

A top-secret Nintendo Developer Conference was held in London. Sources which were fortunate enough to attend the event say that Nintendo has a plan to push developers in a way so that short applications (games/non-games) will be created for the DSi.

“Our team sees this as an exciting and major app strategy for the DSi…Nintendo is keen to have developers offering all kinds of software once the DSi store fully launches for access in Europe and America. Given the advanced functions in the DSi, such as the microphone and camera, the company told us that there are a variety of opportunities for a variety of apps, both in a games sense and a non-games sense, that we could offer.” – Developer sources

Minon: Now Everyone Can Be A Hero press release

Nordcurrent, the exciting young European publisher who scored a recent success with 101-in-1 Explosive Megamix, today announces that Minon: Everyday Hero will be released on the Nintendo Wii on the 24th April, 2009.

“Even though we’re a young company, Nordcurrent are continually striving to bring titles to market that are unique, fun and expressive” said Alexander Bravve, MD of Nordcurrent. “Minon: Everyday Hero contains the same imaginative features and quirky nuances that give other Japanese titles their unique gameplay characteristics, and really takes the player to a world unlike any other. Nordcurrent, as a publisher, is focused on bringing something different to the publishing party and Minon: Everyday Hero fits this remit perfectly.”

An original and imaginative platform game, Minon: Everyday Hero will be released for the Nintendo™ Wii™ on the 24th April 2009, with a retail price of £29.99. It is being supported by a strong PR and marketing campaign, with advertising appearing in key specialist outlets such as Official Nintendo Magazine and Edge.

Punch-Out heading to Europe in May

IT’S ROUND ONE FOR PUNCH-OUT!! FOR Wii

Little Mac and the gang are back with a unique boxing experience!

19th March 2009 – The legendary arcade classic Punch-Out!! is back with a vengeance on Wii, but this time it packs an even bigger punch! Featuring all of the well-known characters from Glass Joe to Von Kaiser, superb colour action and classic ring craft, but with the addition of enhanced functionality for the Wii, the game returns for another assault in Europe on May 22nd 2009.

After a flawless fight record on the NES and Super NES, Punch-Out!! revives the story of Little Mac as you follow his journey from up-and-coming boxer in the Bronx, NY to become the boxing World champion. The game reunites the much-loved mean men of the World Video Boxing Association, who Little Mac must challenge and defeat one-by-one. The truly international line-up includes all the wacky favourites from Von Kaiser, King Hippo and Doc Louis.

END_OF_DOCUMENT_TOKEN_TO_BE_REPLACED

Puzzle Game Returns with New, Improved Features for the Wii

Akinai Games, a publisher of digitally distributed games for next-generation platforms, today announced NEVES Plus, their latest addition to Nintendo’s WiiWare™ game service. NEVES Plus is a deceptively challenging puzzle game that packs over 500 tangram-style puzzles appropriate for gamers of all ages. The game will go live on WiiWare in Q2, 2009.

“NEVES Plus is a great follow-up to the original Nintendo DS™ version, and now we’ve introduced plenty of multiplayer modes that bring the game to the center of family entertainment,” said Nate Fitt, Marketing Manager at Akinai Games. “With an Egyptian-themed style, new puzzles, and a variety of modes, NEVES Plus promises hours of engaging and addictive gameplay.”

END_OF_DOCUMENT_TOKEN_TO_BE_REPLACED

DS owners get to grips with Grand Theft Auto

Grand Theft Auto: Chinatown Wars, launches on Friday 20th March at Gamestation – exclusively for all you Nintendo DS owners out there.

Taking DS games into a whole new league, Chinatown Wars pulls together over a decade’s worth of Grand Theft Auto’s groundbreaking design and innovation. With the use of the DS touch screen you’ll navigate your way through the streets as character Huang Lee, to uncover the truth behind an epic tale of crime and corruption within the Triad crime syndicate.