Earlier this week, Nintendo of Europe released a detailed list of what can be expected for the Wii and DS over the next few months. Wii MotionPlus, however, is still missing in action. Not too long ago, a Nintendo representative stated that Wii MotionPlus is technically not delayed because the company never announced a release date. Nintendo had promised – just a few months ago – that the peripheral, alongside Wii Sports Resort, would launch in Spring. Yet the latest Nintendo of Europe release dates show that both products should not be expected for quite awhile. It does seem possible at this point that MotionPlus could be expected in Q3 2009 or later at this point.

Smash Bros. creator promising “an experience like nothing seen before”

Posted 13 years ago by Brian in General Nintendo, News | 7 Comments

In February, it was announced that Nintendo was forming Project Sora, a new subsidiary under Nintendo. Not too much was said about the type of game that the company will be developing, and details are still scarce. However, Smash Bros. creator Masahiro Sakurai is promising that the studio’s upcoming game will be “an experience like nothing seen before.”

Project Sora is still looking for members to join the team, and in fact, there was a whole page in Famitsu that stated the development team is interested in hiring new employees.

“Masahiro Sakurai and Nintendo are thinking together, and a new project has been launched. In order to expand the range of what video games can provide to the world, we are receiving full support from Nintendo to create something that Nintendo can’t create by themselves.” – Project Sora Famitsu ad

“I am asking for something special here, something that isn’t Smash Bros.” – Satoru Iwata

“I promise that we can provide an experience like nothing seen before.” – Masahiro Sakurai

Discover more about Crime Scene trough this exclusive batch of screenshots. Meet the main characters of this breathtaking scenario and learn all the game mechanics. Turn your Nintendo DS into a crime lab and become the best forensic agent in town.

Matt Simmons (the hero)
Young detective recently promoted from forensics.
You will play the part of this dynamic and efficient officer.

END_OF_DOCUMENT_TOKEN_TO_BE_REPLACED 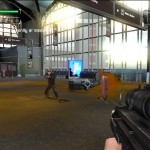 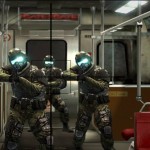 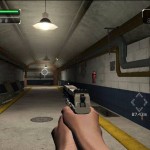 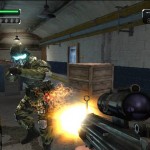 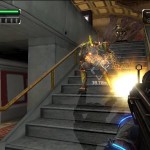 The Three Musketeers: One for All! Coming to WiiWare

Gothenburg, Sweden (March 18th, 2009) – Legendo Entertainment today announced that The Three Musketeers, its much-loved sword-swinging platform adventure inspired by Alexandre Dumas’ classic novel and up until now only available on the PC, is in development for Wii™ and planned for release on WiiWare™ this spring.

The Three Musketeers: One for All! has been revamped for Wii to provide players with more fun and interaction as they launch sword attacks and control the game’s hero with the Wii Remote™ and Nunchuk™.

“The enhanced version will enable millions of Wii console owners to become Musketeers in their living rooms and experience all the fun of the original PC game while using the innovative Wii controllers to fence enemies,” said Bjorn Larsson, CEO & Executive Producer of Legendo Entertainment.

END_OF_DOCUMENT_TOKEN_TO_BE_REPLACED

Epic RPG Series Returns with Robust Storyline, Wireless Gameplay and Online Community
El Segundo, Calif. – March 17, 2009 – Konami Digital Entertainment, Inc., announced today that Suikoden Tierkreis has shipped to retail outlets nationwide. The latest iteration in the critically acclaimed franchise that was introduced more than 12 years ago, Suikoden Tierkreis is the first handheld game in the Suikoden series that will be available exclusively for the Nintendo DS™.

Suikoden Tierkreis will expand the bounds of the handheld RPG as players journey with a variety of characters while exploring exotic locations and cultures across the game’s universe of parallel worlds. In the beginning, players and four companions find a mysterious “Chronicle” and awake as Starbearers, which puts the epic story into motion. Throughout the game, gamers can travel around the universe completing a series of quests to get rewards, eventually meeting new allies. With its grand adventure and larger-than-life scale, the story is told through rich animation sequences and gripping dialogue, pulling the players even deeper into the world of Suikoden Tierkreis.

END_OF_DOCUMENT_TOKEN_TO_BE_REPLACED

Midway has a sweet new title in development

Posted 13 years ago by Brian in General Nintendo, News | 5 Comments

“A sweet new demo of an early-stage game just arrived in my office. Color me excited.” – Midway community Twitter

No word yet on whether or not this relates to a Nintendo platform. Still seems interesting, though!

Well-dressed adventurer Henry Hatsworth will enter hearts, minds and Nintendo DS™ systems around the world as the EA Play Label of Electronic Arts Inc. (NASDAQ:ERTS) announces Henry Hatsworth in the Puzzling Adventure™ for Nintendo DS ships to stores in North America today and will hit Europe later this week. Henry Hatsworth in the Puzzling Adventure combines an exhilarating adventure game on the top screen, and an enthralling puzzle game on the bottom screen, to create an interactive game play experience unique to the DS.

“We are excited for players to experience how much fun it is to fuse these two popular genres,” said Scott Walker, Executive Producer. “Casual players will enjoy jumping right into the fun, while more seasoned gamers will really get into the strategy behind how to utilize the puzzle to progress through the adventure.”