Posted on 6 years ago by Brian(@NE_Brian) in Videos, Wii U | 6 Comments 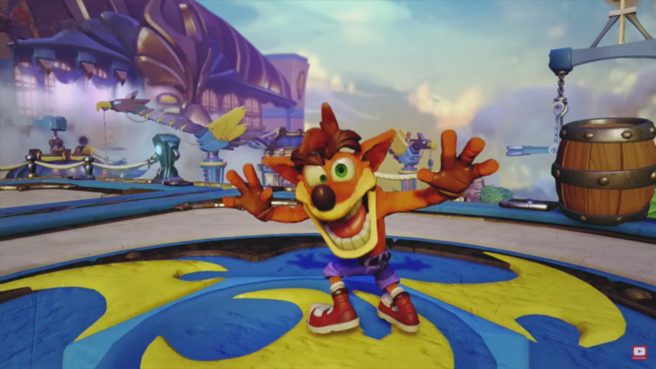 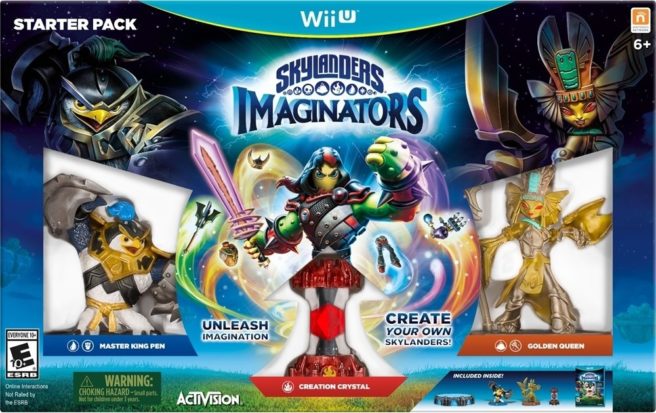 IGN hosted a gameplay demo for Skylanders Imaginators at E3 a little while ago. You can get a look at the full recording below. 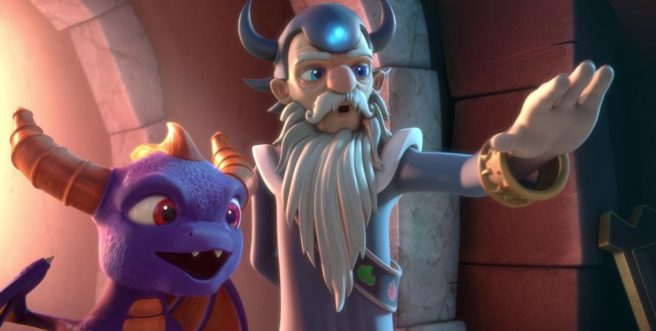 Skylanders Academy, the first production from the new television and film company Activision Blizzard Studios, is premiering this fall. Activision announced the news today and also revealed that the show will air on Netflix.

Here’s an overview of the series:

The series follows the heroic adventures of the Skylanders team, a group of heroes with unique elemental skills and personalities who travel the vast Skylands universe, protecting it from evil-doers and showing the next wave of Academy cadets how to do things the “Skylander way.” Created by Toys For Bob, the $3 billion Skylanders franchise has sold through more than 250 million toys since pioneering the toys-to-life category in 2011, and earlier this month Activision revealed Skylanders Imaginators™, the latest innovation in the franchise.

Activision Blizzard Studios co-presidents Stacey Sher and Nick van Dyk will are joined by Sander Schwartz, the Emmy award-winning producer of animated hits including “The Batman,” “The Aquabats! Super Show!” and “Justice League: The New Frontier,” as the show’s executive producers. TeamTO studio in France is in charge of animation. 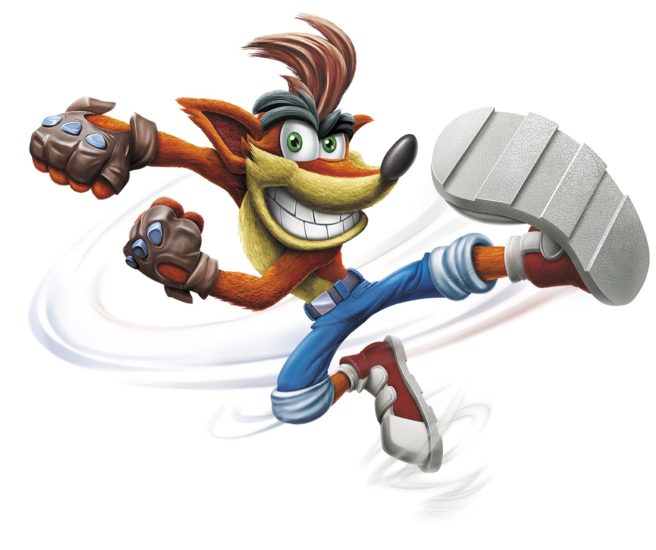 Activision has shared some pure b-roll gameplay of Crash Bandicoot in Skylanders Imaginators. Check it out below.

As for the backstory of Crash in Skylanders Imaginators, here’s the lowdown:

In Skylanders Imaginators, a wormhole has opened in Skylands and the great Aku Aku appears! He comes to announce the once in two decades Synchronization Celebration. It is the time when all of the worlds align perfectly. They are having a huge celebration event in the Wumpa Islands and want to invite the Skylanders. But with Kaos on a quest to take over Skylands using his army of Doomlanders, the Skylanders must focus on stopping his evil plans. Never one to shy away from danger, the legendary marsupial Crash Bandicoot travels through the wormhole to join the Skylanders in the ultimate battle against Kaos!

Lastly, here’s a look at the actual Crash Bandicoot toy: 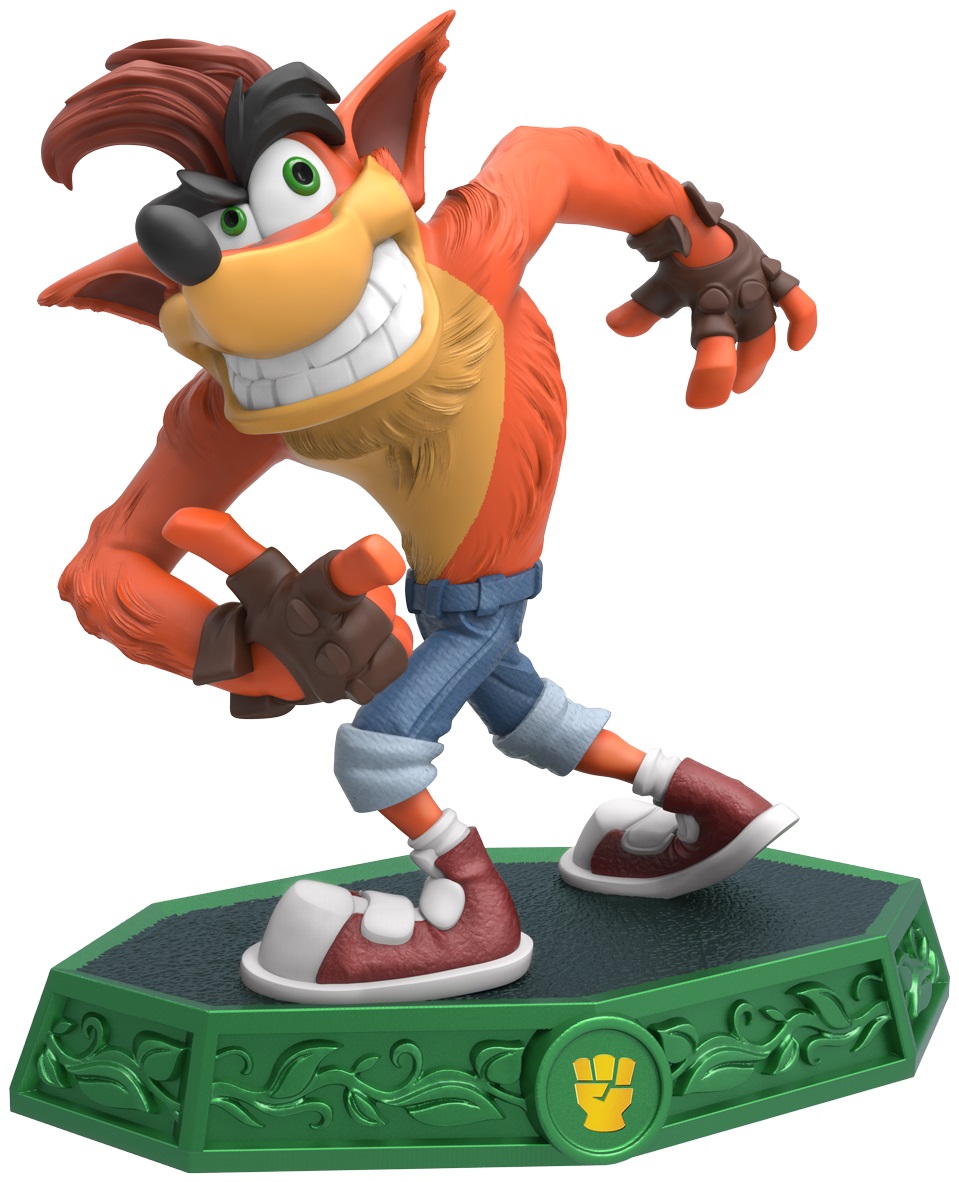 During Sony’s E3 2016 media briefing tonight, it was announced that Crash Bandicoot will be joining Skylanders Imaginators. But as it turns out, the character isn’t exclusive to PlayStation.

If you obtain the figure, you’ll be able to play as Crash in the Wii U version of the game. Right now there are only plans to offer it in the PlayStation 4 Starter Pack version, but you’ll probably be seeing the figure pop up on eBay. Activision will likely give Crash a standalone release at some point in the future as well. 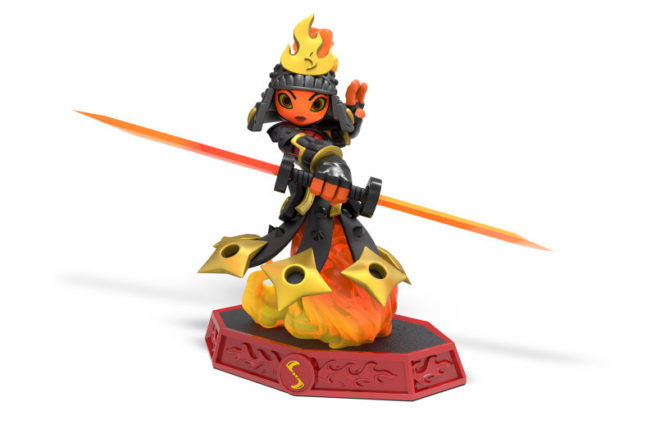 Skylanders Imaginators will feature a whole bunch of characters. One of these is Ember, the fire-based Sensei of the Sentinel class.

Ember was raised inside the Dragonfire Dojo, having come from a long line of Fire Sentinels that were skilled in the art of Dual-Blades. It was the dream of her father that Ember would follow their tradition and take over the family training facility, and so she practiced every day. She was naturally gifted, and soon even the greatest Dual-Blade Masters were no match for Ember. When Kaos heard of this, he took over her village and banned martial arts entirely, for fear of an uprising. But Ember fought back, unleashing an impressive barrage of Samurai pyrotechnics that drove the invaders away. Even though her village was free, she knew then that there was greater evil out there that needed to be stopped, and so she joined the Skylanders to train others in the art of the Sentinel Battle Class. One day though, Ember plans to return to her homeland and reopen her family’s school, but not until Skylands is safe once and for all.

It’s expected that Ember will be offered for the second wave of Skylanders Imaginators figures. 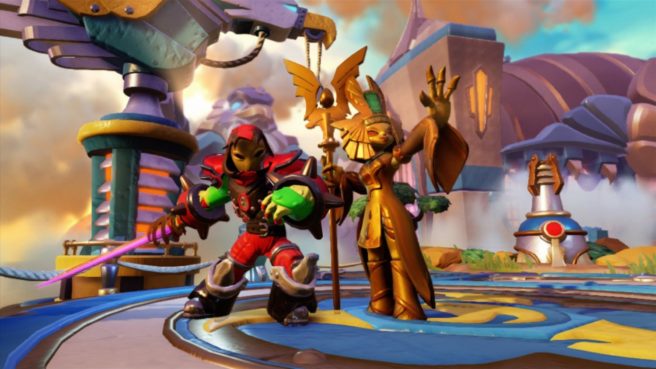 Activision has made its E3 2016 lineup known ahead of the expo next week. Aside from the non-Nintendo titles Call of Duty: Infinite Warfare and Destiny, the company will also be highlighting Skylanders Imaginators.

For those who need a reminder, here’s what you can expect from Skylanders Imaginators:

Skylanders Imaginators also introduces Skylanders Senseis, all-new heroes who represent 10 powerful Battle Classes such as Knight, Sorcerer, Bowslinger and Brawler to help kids save Skylands. The newest game in the award-wining franchise is available now for pre-order and supports all 300+ Skylanders from previous games. Skylanders Imaginators will be available on October 16 in North America; October 14 in Europe; and October 13 in Australia/New Zealand.

Posted on 6 years ago by Brian(@NE_Brian) in Images, News, Videos, Wii U | 2 Comments

Activision officially announced Skylanders Imaginators earlier today. We now have the boxart (above) and the first trailer (below).

Pre-orders for Skylanders Imaginators are now open as well. You can reserve it at Amazon, Best Buy, and GameStop. With the former two, you can save 20 percent via Amazon Prime or GCU respectively.