PEGI rates Shiftlings for Wii U 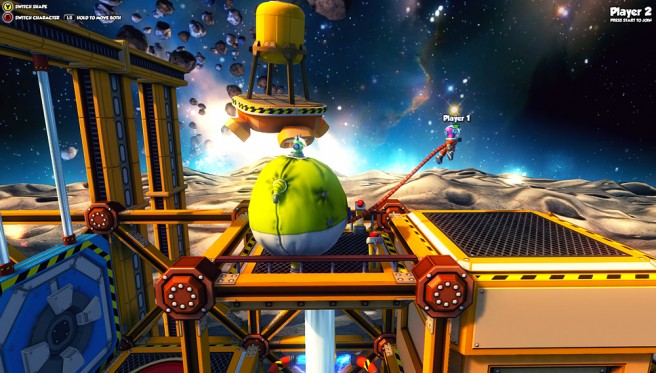 Shiftlings from Rock Pocket Games and Activision/Sierra could be coming to Wii U, assuming a listing from PEGI is accurate. The classification board added an entry into its database for the apparent Wii U version on February 10.

Check out an overview and trailer for Shiftlings below. We’ll try to find out if Sierra can confirm PEGI’s listing.

In this physics based, puzzle platformer you control two, not so bright but lovable, alien space janitors which are the main attraction in an intergalactic reality tv-show without their knowing. While we watch over their shoulders, they are supposed to solve different small tasks on five themed worlds with ten levels each and they are ready to do pretty much everything, from jumping on each-other, to dragging and dropping and using that tube till it bursts.

The fun twist is that those two are connected by an air hose through which they can shift their size which is crucial to survive the hazardous challenges the two get thrown into. As helpful as the tube can be it will also provide additional challenges.

Yes, there will be a new Skylanders game this year

There has been one new Skylanders game each year since 2011. So naturally, a new entry in the franchise is due out sometime in 2015.

Activision announced during its latest financial results conference call yesterday that an “innovative” new Skylanders game is in development. It will launch later this year. 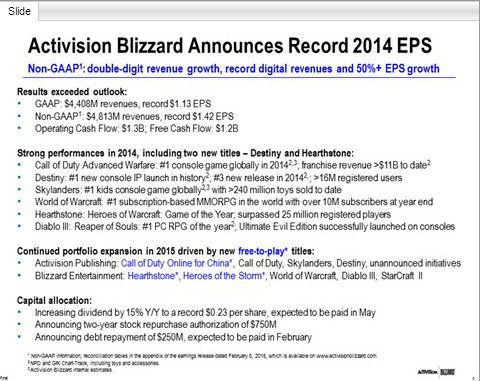 Skylanders has continued to perform well since the original game – Spyro’s Adventure – launched in 2011. Activision confirmed in its financial results today that more than 240 million toys have been sold.

Posted on 7 years ago by Brian(@NE_Brian) in 3DS, Screenshots | 1 Comment

SpongeBob HeroPants heading to 3DS next month in North America, March in Europe 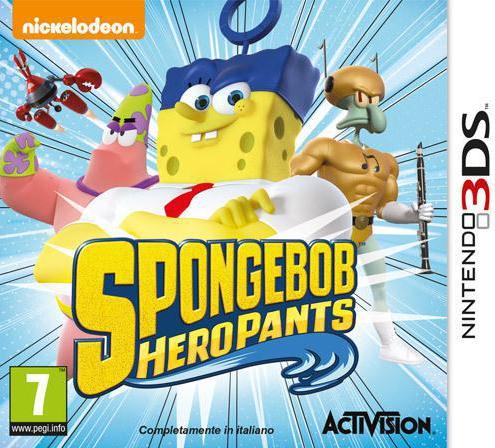 Update: We now have clarification that the North American launch is set for February 3. The European release is planned for March.

SpongeBob HeroPants is coming to the 3DS, Xbox 360, and PlayStation Vita, Activision has announced. The game is due out in March.

All is not well in Bikini Bottom following the events of Paramount Pictures’ The SpongeBob Movie: Sponge Out of Water, the new animated/live-action feature film hitting UK cinema screens on 27th March. SpongeBob’s dreams are coming to life and altering space and time beneath the waves. SpongeBob must join forces with his friends to unlock their hidden abilities and put back the pieces of his shattered cartoon psyche. Along the way they’ll visit alternate forms of Bikini Bottom as it is warped by SpongeBob’s mind into prehistoric, war zone and candy-coated versions of the town.

END_OF_DOCUMENT_TOKEN_TO_BE_REPLACED

Call of Duty: Advanced Warfare for Wii U listed in Target database 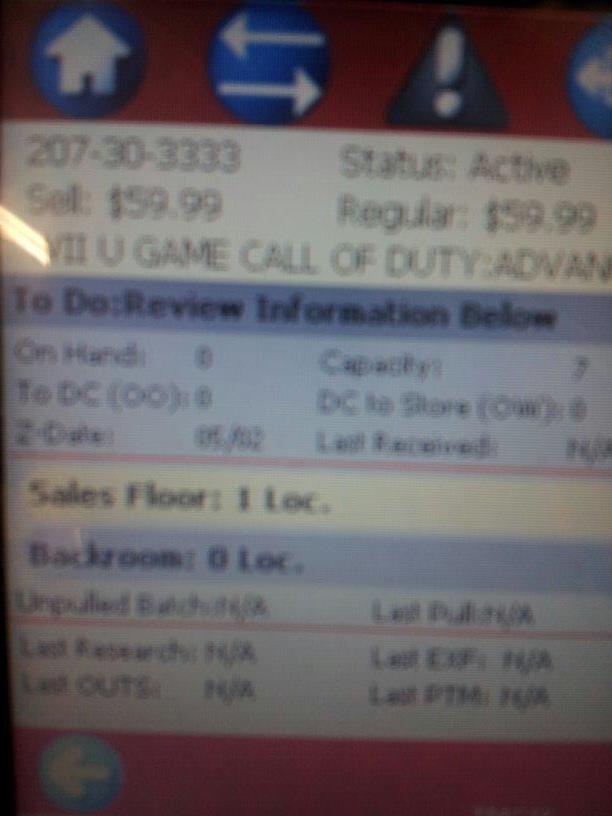 A listing for Call of Duty: Advanced Warfare on Wii U has been spotted in Target’s database. Don’t take this as a confirmation that Activision is bringing the shooter to Nintendo’s console though, as it could certainly be an error. It’s definitely peculiar that the listing has popped up after Advanced Warfare’s launch!