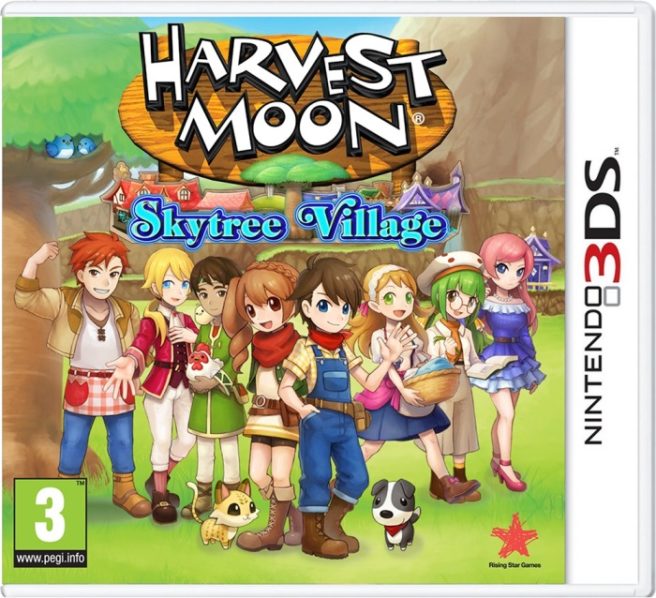 The paid DLC packs are the New Female NPC Set and New Male NPC / Statue Set. Both are priced at €3.99 / £3.99 each. The female DLC offers new bachelorette Nova and a statue of Doc the Inventor while the male DLC features new bachelor Edmond and a statue of the Harvest goddess.

Here’s a rundown of the new marriage candidates:

END_OF_DOCUMENT_TOKEN_TO_BE_REPLACED 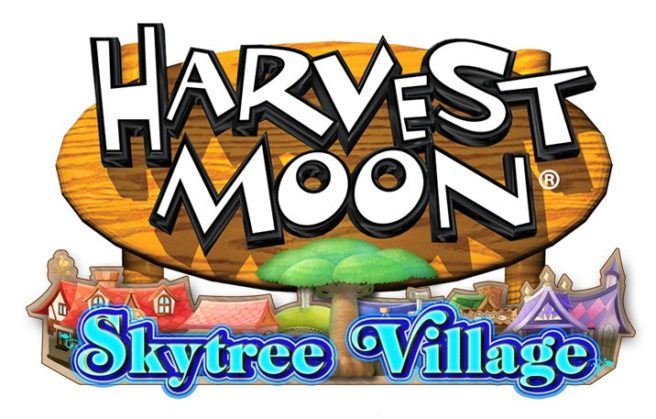 Harvest Moon: Skytree Village has received another new patch. Upon updating your game, it’ll be at version 2.00.

Natsume says of the patch:

*The Harvest God and the Harvest Goddess have gotten together and used their magical power to ease the severity of all storms and other conditions which are damaging to crops.
*If you haven’t already grabbed Patch 1.02, all of the changes from the previous patch are now rolled into Patch 2.00 – just one download needed for all the fixes.

“The new male marriageable candidate is Edmond, a grand mage, who trained both Gareth and Tabitha, and whose knowledge of the world far exceeds either of them. Despite this, he is rather calm and introspective in comparison to the slightly arrogant Gareth and boisterous Tabitha. He has returned to the land of the Harvest Goddess after some time, but what brought him back? Is there some sort of deeper secret he hides within? Also included in this DLC is a statue of the beautiful Harvest Goddess!

The new female marriageable candidate is Nova, a kind and strong-willed girl who showed up in Skytree Village, yet how she got there is a bit of a tale in itself. Her father is a human from the surface world, while her mother is of the tribe of Gorgan from the Underworld Kingdom. Since she was raised in the dark and damp underground mines of the Underworld, the surface world is still a bit strange and confusing to her. Help her learn the ways of the surface dwellers! This DLC also includes a statue of the eccentric creator, Doc!

For those looking for DLC right now, the Farm Decorations Set is available for free, adding new types of walls.

As for the upcoming content, the New Male and Female Character sets will cost $2.99 each. The Harvest Sprite Statue and Harvest Goddess Pergola will be free. 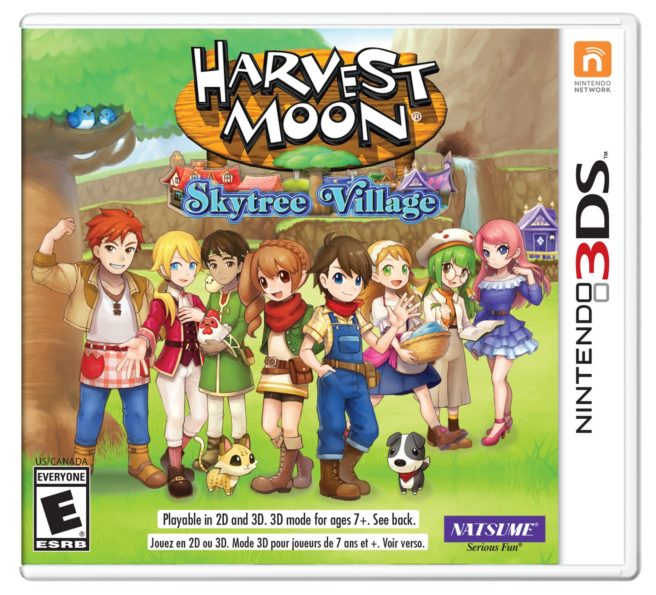 Natsume has brought out a new patch for Harvest Moon: Skytree Village. After applying version 1.01, changes to Dean’s fertilizer stock will be implemented, plus more. Natsume is also paving the way for upcoming DLC.

The full patch notes for version 1.1 are as follows:

END_OF_DOCUMENT_TOKEN_TO_BE_REPLACED

Posted on 6 years ago by Brian(@NE_Brian) in 3DS, General Nintendo, News | 6 Comments 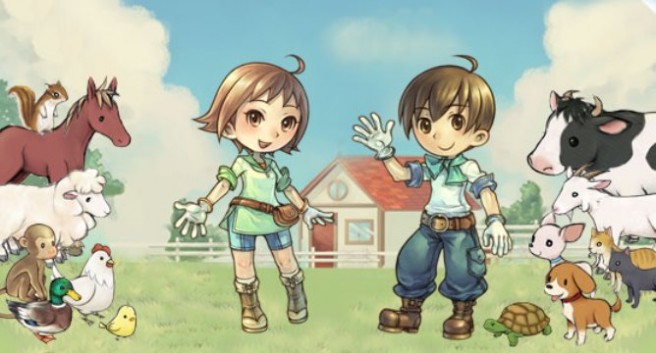 Harvest Moon is celebrating its 20th anniversary this year. In an annual note from Natsume president Hiro Maekawa, it was teased that “a few surprises” are in store for the occasion.

Harvest Moon: Skytree Village ended up on 3DS towards the end of last year. Maekawa says the game performed “extremely well” from a physical and digital standpoint.

River City: Tokyo Rumble also came out for 3DS last year. “Fans have been extremely appreciative to us for bringing back this cult classic, and hopefully we will be able to do more in the future,” Maekawa mentioned. 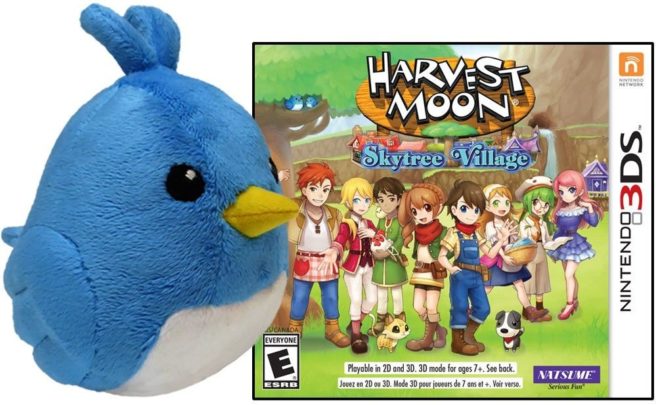 Amazon is now offering the Harvest Moon: Skytree Village plushie bundles. Specifically, you can pick up the Bluebird bundle for $39.99 or the Bobcat package for $49.99. The latter one will ship on November 26.

Natsume cautions fans on Twitter that quantities for both versions are limited. In that case, they may not be up for very long. 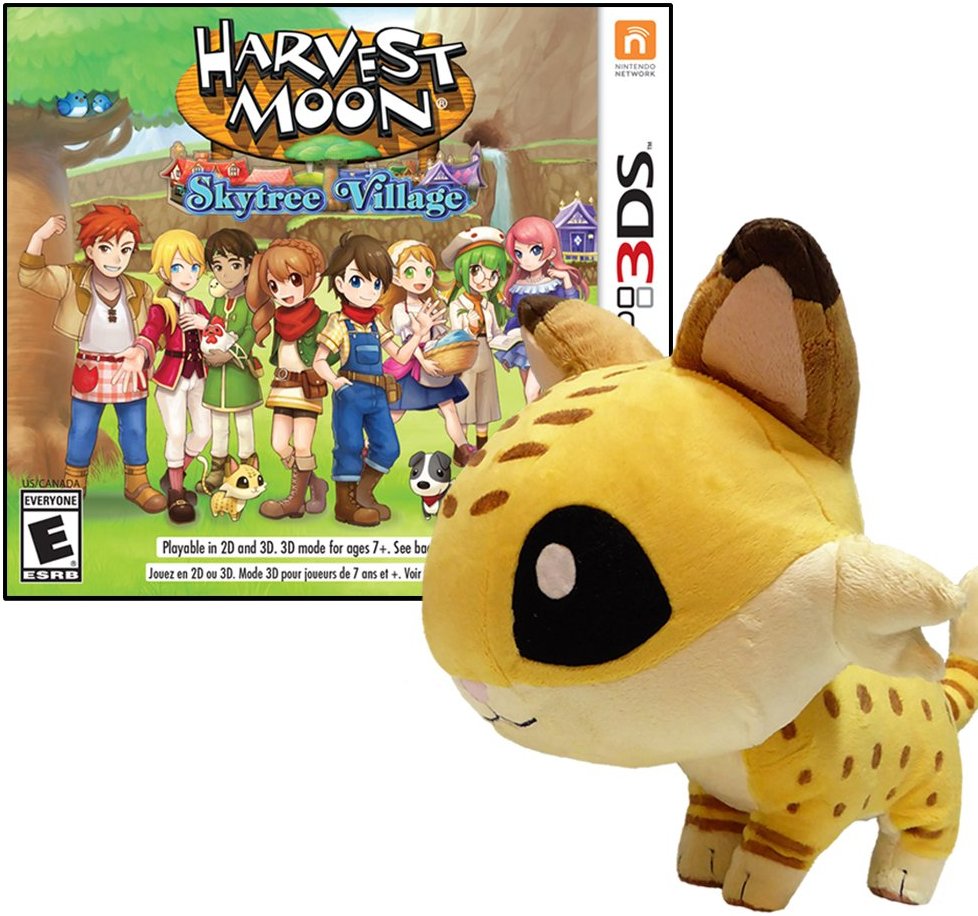 Siliconera caught up with Harvest Moon: Skytree Village producer Taka Maekawa to chat about the 3DS game. The full interview is located here, but there are a few excerpts worth highlighting.

“We have some loyal and dedicated fans that have been playing Harvest Moon for years and years, so we truly value the feedback we get. It’s hard to narrow down what we are most proud of to just one thing, since there are tons of new features and improvements. We tweaked, improved, and added to all sorts of areas in Harvest Moon: Skytree Village. Such as redesigning the UI menu, making the character controls more responsive, adding a rich and robust story, and new character designs and models. And let’s not forget about the new addition of the Poitou Donkey! There’s just too many features we’re proud of to just pick one.”

Maekawa also shared the following about secrets within the game:

“Fundamentally, all Harvest Moon games are repetitive by nature, so it is extremely important to have a variety of things in the game that keep it new and fresh to drive you to keep playing and moving forward. So, yes, there are all sorts of secrets in the game, some big, some small. I would tell you what they are, but that would ruin the surprise!”

Another Harvest Moon game in the pipeline is Seeds of Memories. It’s out on mobile, but the Wii U and PC versions are still not available. Regarding these releases, Maekawa said: “We hope to be able to talk about them as things become more final!”

Now that Harvest Moon: Skytree Village is out in North America, we have a good look at the game. View 30 minutes of gameplay below. 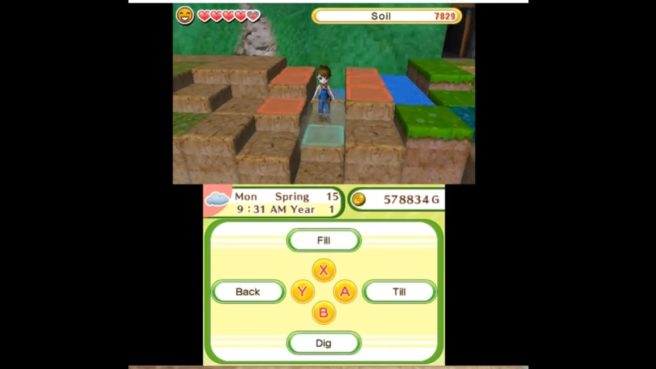 Natsume has shared another official Harvest Moon: Skytree Village video, this time showing the terraforming feature. View it below.

Harvest Moon: Skytree Village will be available in just a few days, and now some new off-screen footage has emerged. View the gameplay below.