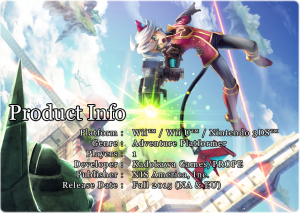 END_OF_DOCUMENT_TOKEN_TO_BE_REPLACED

Persona Q: Shadow of the Labyrinth is coming to Europe on November 28, NIS America officially announced today. Those who pre-order the game at select retailers in Europe will receive a bonus 11 Tarot Cards, a limited production item.

NIS America will bring Etrian Odyssey Untold: The Millennium Girl to Europe, the company announced today. A release is planned for 2014.