Posted on 4 weeks ago by Luiz in Features, General Nintendo, Switch, Videos | 0 comments

Nintendo is the kind of developer that’s not afraid to drastically change gameplay elements in a series. Usually their teams are always implementing new ideas and concepts in each new game. Paper Mario is probably one of the most famous examples – since Super Paper Mario on the Wii, each new game has been different.

Right now on the Switch, you can play the first and the last entries in the Paper Mario series. Seeing how much the franchise has changed over the years, I found it interesting to analyze the many differences in world building between Paper Mario on the N64 and Origami King on Switch, comparing how effective they are. You can check out my video down below.

END_OF_DOCUMENT_TOKEN_TO_BE_REPLACED

Paper Mario was made available as the latest N64 game through the Nintendo Switch Online + Expansion Pack service earlier today, and we now have gameplay. Just over a half hour of footage is now available.

Here’s some information about the original Paper Mario:

END_OF_DOCUMENT_TOKEN_TO_BE_REPLACED

The original Paper Mario is joining the Nintendo Switch Online + Expansion Pack service next week, Nintendo has announced. THe game will go live on December 10.

END_OF_DOCUMENT_TOKEN_TO_BE_REPLACED

Posted on 1 year ago by Brian(@NE_Brian) in Let's Talk, Switch | 0 comments

Paper Mario is in a much different place now than where it was when the series first started out on the N64. Nintendo and Intelligent Systems originally made a pure RPG experience. Since though, that’s changed significantly.

After Paper Mario: The Thousand Year Door, the franchise went in a different direction with Super Paper Mario. The Wii game focused less on RPG mechanics and more on platforming. Things then took another turn with Paper Mario: Sticker Star. The sticker mechanic unfortunately wasn’t well received, and the battles didn’t really have much of an importance. Many of Sticker Stars’ ideas then carried over into Paper Mario: Color Splash… and that’s where things end – at least for now.

END_OF_DOCUMENT_TOKEN_TO_BE_REPLACED

Posted on 5 years ago by Brian(@NE_Brian) in General Nintendo, News | 10 Comments

Paper Mario players are only supposed to have access to the southern area of Toad Town after finishing the first chapter. But by using the “log skip” out of bounds glitch, you can get there ahead of time. Doing so lets you reach a part of the game early, essentially using teleportation to be ahead of where you should be.

What’s interesting about this all is that the Japanese version of Paper Mario has some dialogue that wasn’t found until just recently. When talking with NPCs here, they’ll say things that they normally wouldn’t – mostly about how you shouldn’t be there. Some even tell the player to “get in contact” upon seeing what they have to say.

Stryder7x explains it all in his new YouTube video below:

Rumor: New Paper Mario game in the works for Wii U, now being localized and tested

Earlier today, Emily Rogers posted several tweets about a rumor she heard pertaining to an unannounced Wii U game from Nintendo. This is based on information that she, along with two other people, gathered from numerous sources. We originally thought that we’d have to wait until Monday for the actual rumor, but the speculation was just now posted instead.

Rumor has it that Intelligent Systems has been developing a new Paper Mario entry for Wii U. It’s now being localized and tested, which suggests that the game could be coming sooner rather than later. At the very least, an announcement in the future would be likely assuming the rumor is true.

Rumor: 5 sources told us a new Paper Mario will be announced this year for Wii U. Developed by Intelligent Systems.

The game is currently being localized and tested.

Just recently, Intelligent Systems attended a job expo in Japan. A few folks who showed up for the event relayed this information on 2ch, along with speculation about a new Paper Mario. Representatives from the company were apparently stating that this is something that’s happening.

If nothing else, it does look like Intelligent Systems attended that job expo. The studio was handing out pamphlets/paperwork (posted on 2ch), which does suggest that part of the rumor is true. 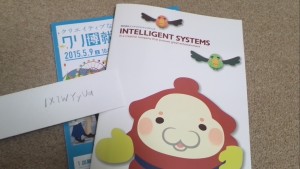 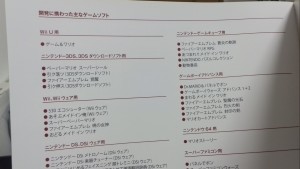 Thanks to Kev for the tip.

Another round of Paper Mario Wii U Virtual Console footage

Posted on 6 years ago by Brian(@NE_Brian) in Videos, Wii U eShop | 1 Comment

More footage has come in of Paper Mario’s new Wii U Virtual Console release. The full video is posted below.

Posted on 6 years ago by Brian(@NE_Brian) in Videos, Wii U eShop | 6 Comments

Paper Mario arrived today on the North American Wii U eShop today as the latest Virtual Console download. Watch some footage of the game below.

Fans are working on a remake of the first Paper Mario

Posted on 7 years ago by Brian(@NE_Brian) in General Nintendo, News, Videos | 7 Comments

Here’s another fan project that you may be interested in: a remake of the very first Paper Mario game. “New Paper Mario” is looking to replace all textures in the game with larger, redone ones. Players will be able to access the results in an emulator once everything is complete.