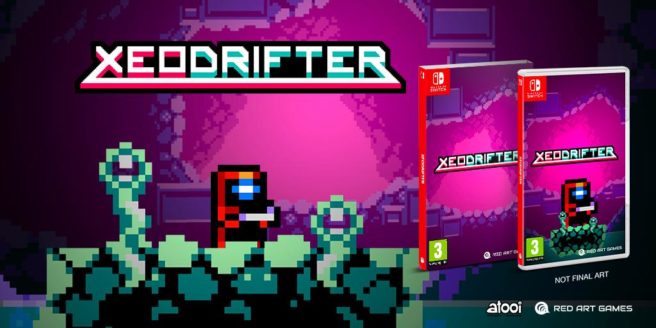 Xeodrifter’s physical release is a simple edition with a sleeve. 2,800 units will be produced in total. 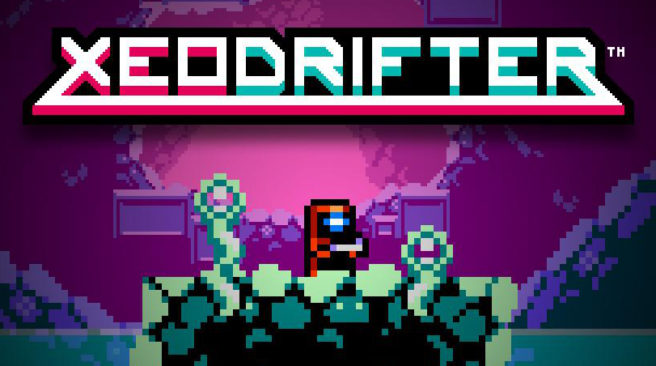 Thanks to AbdallahSmash026, we have a lengthy look at Xeodrifter on Switch. Watch an hour of gameplay in the video below.

Posted on 5 years ago by Brian(@NE_Brian) in Switch eShop, Videos | 3 Comments 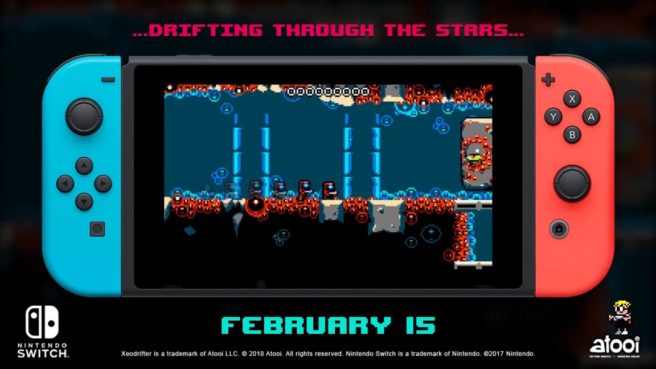 Atooi has published a new trailer for Xeodrifter ahead of its February 15 launch on Switch. Take a look at the video below.

Xeodrifter launches for Switch on February 15 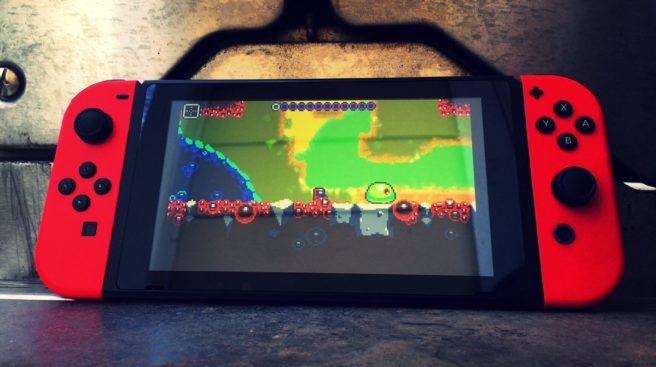 Xeodrifter is just a few weeks away from arriving on Switch. Atooi founder Jools Watsham has confirmed that in both North America and Europe, the game releases on February 15.

Just in case you missed it: @Xeodrifter is coming to #NintendoSwitch on February 15 in North America and Europe. pic.twitter.com/7irgFvx3RL

Xeodrifter is a Metroidvania that originally debuted at the end of 2014. It’s currently out on both 3DS and Wii U.

Posted on 5 years ago by Brian(@NE_Brian) in News, Switch eShop | 10 Comments

Xeodrifter, a Metroidvania game developed by Renegade Kid, is now on its way to Switch. Atooi tweeted out a photo today confirming the news.

Atooi teased last week that the studio has three Switch games planned for 2018. Xeodrifter should be one of them.

Posted on 7 years ago by Dennis Gagliardotto(@LyonHart_) in 3DS, News, Wii U | 25 Comments 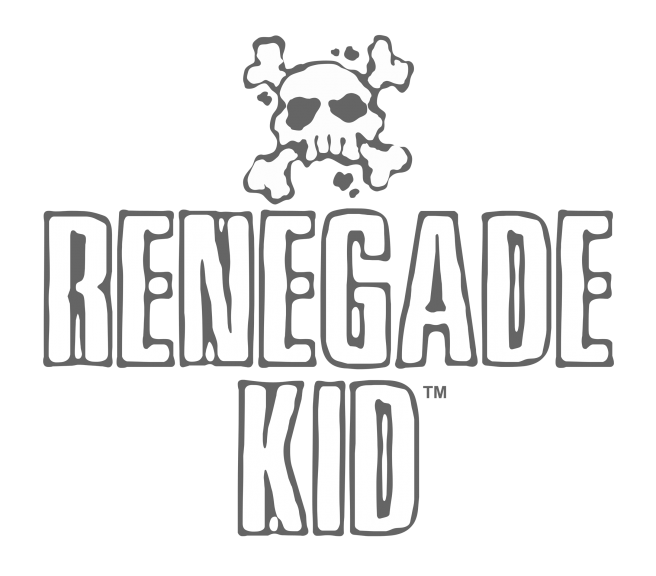 Xeodrifter heading to Wii U on July 30 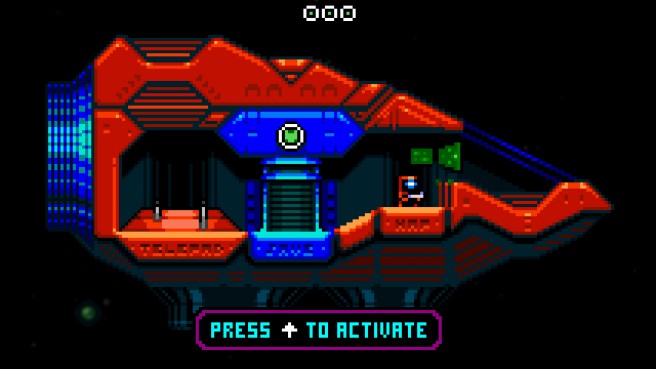 Xeodrifter is coming to Wii U on July 30, Renegade Kid has announced. Studio co-founder Jools Watsham made the announcement during Nintendo World Rapport.

If you’ve previously purchased Xeodrifter on 3DS, the Wii U version will be free of charge. Cross-buy is also supported for new buyers of the game.

Update: Solution found, cross-buy for all – 3DS owners of Xeodrifter may not be receiving Wii U version for free as planned

Posted on 7 years ago by Dennis Gagliardotto(@LyonHart_) in 3DS eShop, News, Wii U eShop | 4 Comments 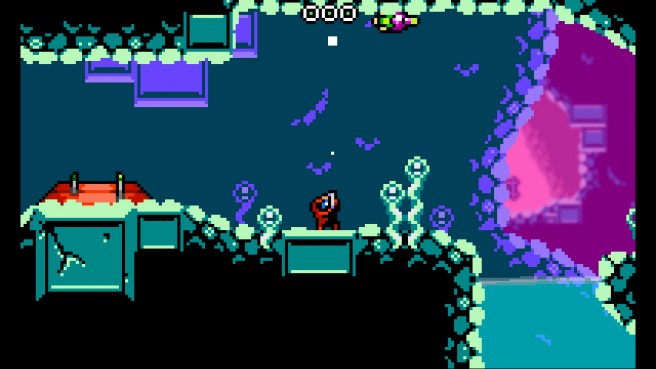 Update from Brian: Bumped to the top. A solution has been found, and Xeodrifter for Wii U will be available for free to those who previously purchased the game on 3DS.

Great News! Nintendo has a solution!! Xeodrifter will be cross-buy for early 3DS adopters and new customers alike! 🙂 pic.twitter.com/MZhc7M9shX

Renegade Kid had originally planned on giving early adopters of Xeodrifter on 3DS a free download code for Wii U owners, however it seems that due to certain limitations, this may no longer be happening according to the co-founder and director of Renegade Kid, Jools Watsham.

Due to technical limitations outside of our control, we may not be able to offer a free Wii U copy of Xeodrifter to current 3DS owners. 🙁

We'll still support cross-buy, but only those who buy 3DS/Wii U after Wii U is launched might get a DL code for other SKU on their receipt.

I am very sorry about this. I want early adopters of Xeodrifter to be rewarded with Wii U for free, but it may not be possible.

It’s unfortunate to see this type of thing happen in the industry. Unfortunately, Jools cannot disclose exactly what’s going on and for what particular reason, but judging from the responses to these tweets, the fans are extremely supportive despite the unfortunate setback, and are still “double dipping” because of their love for the title. For those that don’t have Xeodrifter yet, however, you will get codes for both versions when you buy one as it will be a cross-buy title once the Wii U version releases.

Xeodrifter is currently available in the Nintendo eShop for 3DS, with the Wii U version arriving soon.

13 minutes of Xeodrifter Wii U footage 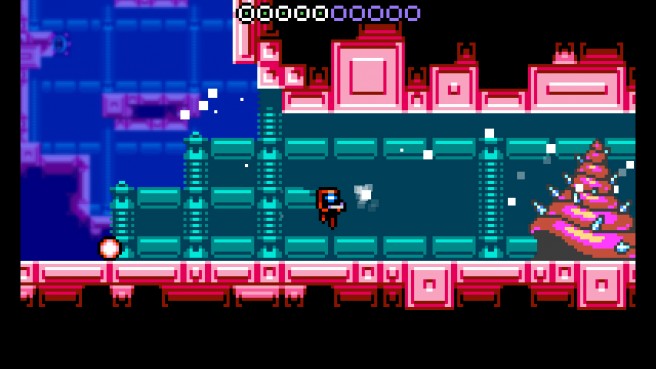 Nintendo World Report has captured 13 minutes of footage from Xeodrifter’s Wii U version. Check it out in the video below. 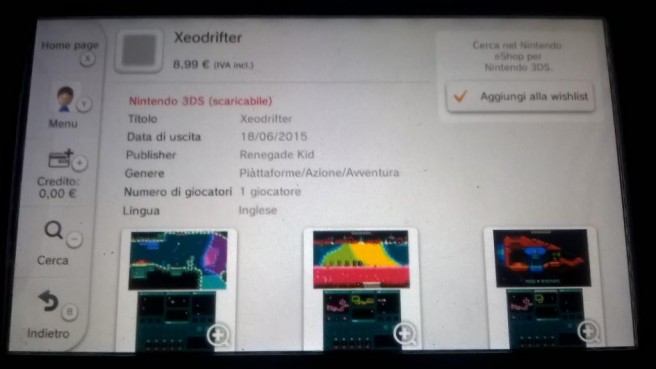 Last week, Renegade Kid said that it hopes to have Xeodrifter out in Europe on June 18. That date is now final. A listing for Xeodrifter on 3DS has gone up on the eShop, which comes with an official June 18 launch date. Xeodrifter will cost €8.99 in Europe.

Next up for Xeodrifter is the game’s Wii U version. It’s unclear when it’ll be coming to Nintendo’s console, but it should happen in the somewhat near future.