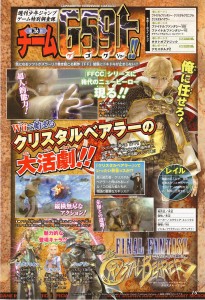 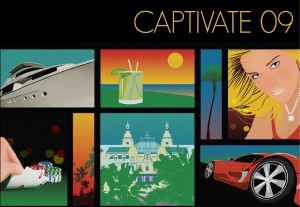 Last year, Capcom held CAPTIVATE 08 to showcase upcoming games. The company has confirmed that the event will take place again this year and has revealed which games will be present when it takes place on April 29. In addition to the games mentioned below, Capcom says that Monster Hunter Free Unite, Resident Evil for Wii, and Bionic Commando will be at the event. New game announcements will be made as well.

Dead Rising 2: Inafune-san himself will be living it up in Monte Carlo. There’s a new, amazing trailer that will blow your socks off (more motorcycle action!) and we’ll be seeing gameplay for the first time.

Lost Planet 2: Takeuchi-san gets no rest, as he’s now full-time on LP2. If you’ve seen the latest issue of Official Xbox Magazine, you’ll have read Fran’s breathless first-hand account of her co-op play session in Japan. This game is really impressing me, both from a technical perspective (the MT Framework 2.0 looks even better than RE5) and from a pure gameplay stance. Four man co-op to take down Akrids the size of battleships? Yes, please.

Dark Void: Morgano has a new playable demo filled with jetpack-y goodness and weak-crotched robots that is going to really rev you up. With SFIV and RE5 out the door and LP2 and DR2 so far away, I think it’s time for everyone to start paying more attention to this hot game.

Spyborgs: announced last year (too early), Spyborgs will be removing its cloaking field to show the direction that Capcom and the ex-Insomniac crew at Bionic Games have taken this title. All new art direction and gameplay mechanics have replaced some of the more “younger” feel of the game, and they’ve really fine-tuned the Wii controls for this new action directive.

Resident Evil The Darkside Chronicles: Kawata-san also earned no vacation; after finishing the immensity of Resident Evil 5, he immediately had to jump back into the zombie-infested world of RE. We got a very early sneak preview of REDSC right before the launch of RE5, but Kawata-san has promised that he’s going to go more in depth with the new cover mechanic being introduced in this game, as well as showing off how the Wii remote is being used. 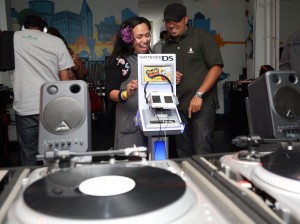 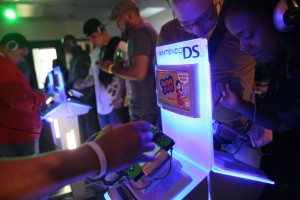 Consumers play Rhythm Heaven, the newly released video game for Nintendo DS and Nintendo DSi, at the Scratch DJ Academy in New York, Thursday, April 9, 2009. Fans showed off their rhythm skills by playing the DJ School mini-game found in Rhythm Heaven and in return received a DJ lesson from the pros.

END_OF_DOCUMENT_TOKEN_TO_BE_REPLACED 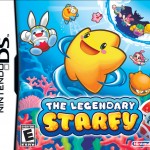 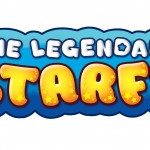 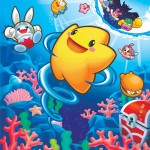 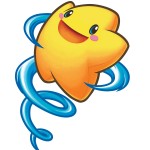 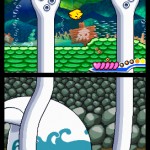 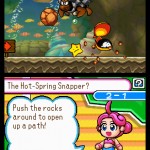 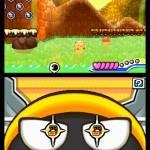 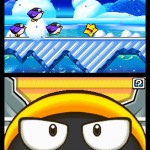 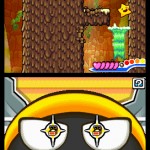 Decided to bump this to the front page since the trailer was unavailable for most of the day.

– Harry has crashed on the side of the road while in a snowstorm.
– Harry’s daughter is missing, and he sets off into Silent Hill to find her
– game kicks off with in a psychiatrist’s office where we hear of a new patient arriving. After that exchange, we see Harry fall from his car into the snow just after his crash. We then flash back to the office with the psychiatrist talking to this new patient
– camera is first person during the office segment. You can look around while the psychiatrist talks
– you must fill out a psychiatric profile
– when asked questions by the psychiatrist, you can wave your Wiimote up and down/left to right to answer
– after this exchange you flash back to the accident with Harry calling for his daughter
– almost every decision you make impacts the game. For example, if you first choose to look at your map or a girlie calendar on the wall, the game makes note of this decision
– an example of early changes: as you fill out your profile, the game will present you with different situations. When walking through town, you might see an open bar or an open diner. These things change as you make more and more choices
– minus button to bring up your phone, which houses all sorts of important information
– use phone to dial, take pics, text, check voicemail, browse phonebook, changes options and settings (whose viewer shows a slowed framerate a la iPhone) to take and store pictures, check text messages and voice mail, look through your phone book, and access game options and settings
– take pictures of the environment to reveal new details: take a picture of a swingset with no one around it, look at the pic to see your daughter sitting on the swing
– pictures can cue voicemails and other occurrences
– game world changes from Silent Hill to evil Silent Hill right before your eyes
– no longer a hellish look…things are more ‘icy’
– static on your phone still clues you in as it did in past games
– stunning flashlight effects
– Nunchuk to walk, hold Z to run, C for 180-turn, A for actions, B-trigger plus A to pick items up, D-pad for phone, D-pad down to view behind you
– intelligent enemies will hunt you down, talk to other enemies to find you, open doors and climb fences
– one again, no weapons
– Harry talks to himself throughout the game to rehash info
– no load times
– camera filter returns from previous games
– flashlight will even light up snowflakes
– Wii is the lead platform

High Voltage: The Conduit can be Game of the Year contender

“Well I think we certainly can be a contender for Game of the Year. Obviously we can’t compete with them graphically. I mean the Wii just doesn’t have that kind of horse power. Let me put it this way, as a game designer myself I thoroughly believe that a game can be fun even if it’s just stick figures, or dots across the board. Gameplay-wise that’s where I think we have our shot at competing against big titles like that. Because we really take advantage of the Wii’s motion control system, which we’ve maintained throughout this development is just begging for a First Person Shooter game. Somebody to get it done right. We’ve gotten tons of feedback from our great fans talking about how when they actually get their hands on it, it’s easy to pick up, it’s intuitive, it feels like you are actually in the game, that you are actually, lining up shots, and things like that. You aren’t just thumbing joysticks around. So gameplay wise, I’d say we’re definitely a contender because The Conduit is fun, it’s easy to use, it’s customizable moreso than those other titles. So that if you are a hardcore gamer, kick that difficulty up, remap your control scheme, customize however you personally need it to be to make The Conduit fun and exciting for you.” – Rob Nicholls, High Voltage Software

The Conduit will definitely be facing some tough competition for the Game of the Year. Like Mr. Nicholls said, the game won’t really be able to be placed in the same category as far as graphics go (though the game looks very impressive on the Wii). However, if the gameplay is solid The Conduit certainly has a chance of becoming the best – if not one of the most entertaining – game of the year.

First day sales data in Japan for various games have been released.