Posted on 2 weeks ago by Elias in Mobile | 0 comments

New story, quests, and rewards were added to the MONSTER HUNTER PRIMAL CRISIS event on Feb. 3, 10 PM PT. The PRIMAL CRISIS (Part Two) summon showcase started Feb. 3, 10 PM PT. This showcase features adventurers and dragons such as 5★ adventurer Hunter Sarisse and 5★ dragon Dreadking Rathalos – A one-time free tenfold summon should be available for all players. Check out the introductory video below:

A new summon showcase, #MonsterHunter PRIMAL CRISIS (Part Two), starts Feb. 3, 10 PM PT. The showcase will feature adventurers and dragons such as 5★ adventurer Hunter Sarisse and 5★ dragon Dreadking Rathalos. You can take a look at the reveal video for the summon showcase below. Which characters are you hopeful for?

Posted on 3 weeks ago by Brian(@NE_Brian) in Mobile, News | 0 comments

END_OF_DOCUMENT_TOKEN_TO_BE_REPLACED

Fatalis Clash: G★★★★ was added to the MONSTER HUNTER PRIMAL CRISIS event on Jan. 30, 10 PM PT. Destroy the shadow mana that appears around Fatalis to prevent its instant death attack. Mega barrel bombs are useful for destroying shadow mana. Take a look at the screenshot below to get an idea on placement to help with your survival in this tough fight: 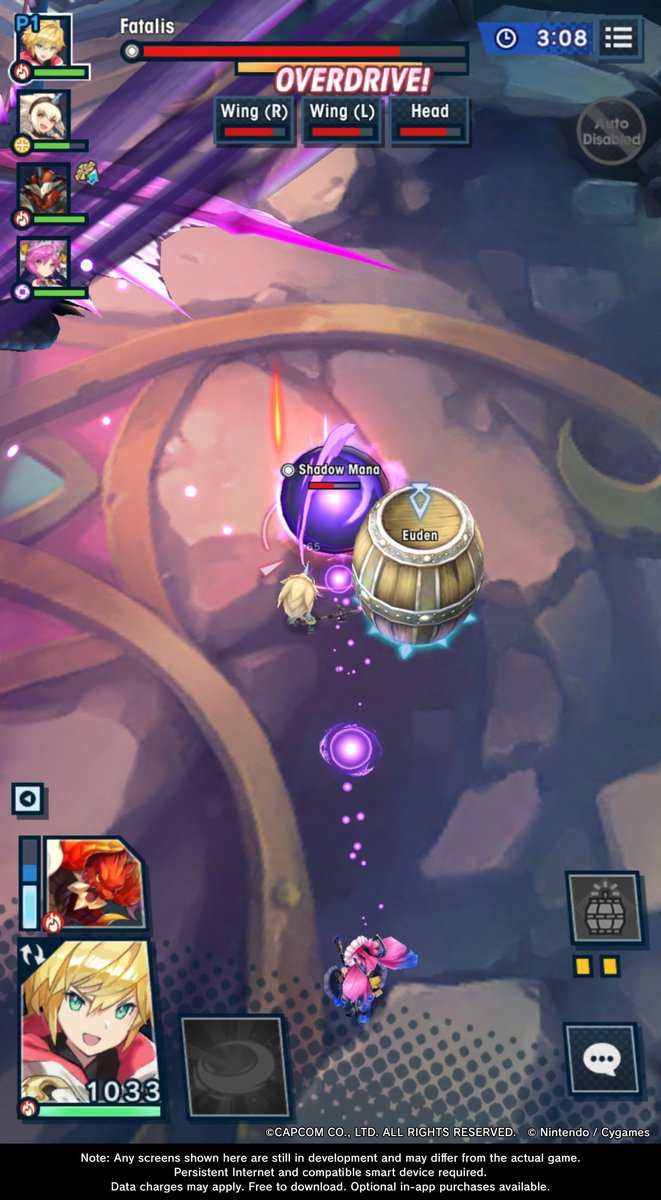 Special artwork has been created celebrating the arrival of the “PRIMAL CRISIS” event featuring the fearsome Fatalis. Its name has been whispered in fearsome tones since antiquity, for it is said to have razed entire kingdoms in but a night. Players can summon on the event’s showcase for a chance to add it to their ranks.

New wyrmprints have also been added to the game. These can be found in the Treasure Trade. The new wyrmprints are only available for a limited time, and you will not be able to trade for them after the featured period is over. You can view their artwork below: 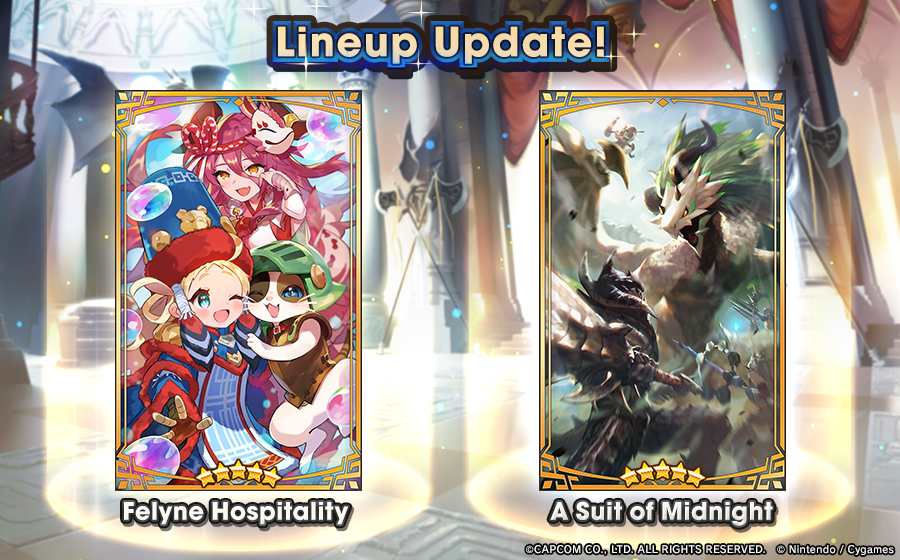 Posted on 3 weeks ago by Brian(@NE_Brian) in Mobile, Videos | 0 comments

Dragalia Lost has kicked off its collaboration with Monster Hunter, and to celebrate, a new Japanese commercial has gone live. We have the advert below.

The “PRIMAL CRISIS” event went live as of 10PM on Jan. 28th, bringing with it a new summon showcase with 5★ Fatalis and 5★ Hunter Berserker. Players can now complete the quests in the event to earn blazons and add 5★ Rathalos to their dragon roster.

Dragalia Lost’s team has also released limited-time profile cards to celebrate the collaboration event, allowing players to decorate their cards with Rathalos as well as other new adventurers and dragons. If you’d like to make one, you can do so here.

Additionally, a free tenfold summon ticket was gifted to all players in celebration of the last update.

Posted on 3 weeks ago by Elias in Mobile, News | 0 comments

Dragalia Lost x Monster Hunter’s PRIMAL CRISIS event starts Jan. 28, 10 PM PT. Hunting season opens in the game as monsters from another world begin to appear. The time has come for the prince and friends to test their hunting instincts.

Additionally, a summon showcase PRIMAL CRISIS (Part One) will be arriving at the same time as the event. The showcase will feature adventurers and dragons such as 5★ adventurer Hunter Berserker and 5★ dragon Fatalis. You can take a look at the trailer below:

Posted on 4 weeks ago by Brian(@NE_Brian) in Mobile, News | 0 comments

Dragalia Lost’s latest update is here. Version 1.16.1 is out now on iOS and Android, bringing along a new revive feature, the ability to invite other players to join an alliance, and more.

END_OF_DOCUMENT_TOKEN_TO_BE_REPLACED

Posted on 1 month ago by Brian(@NE_Brian) in Mobile, News | 0 comments

Phraeganoth has shown up as the latest boss in Dragalia Lost’s Astral Raids. The battle is available in Beginner, Standard, Expert, and Master difficulties. Players can obtain astral shards and trade them for various rewards. Note that astral pieces are needed to challenge Astral Raids quests.

The Astral Raids with Barbary will be live until January 27.