Another round of Final Fantasy Explorers DLC has launched in Japan.

First up, the Samurai job has been added free of charge. This job features high physical attack power that can handle both short and long range weapons. It’s an all-range attacker-type job class best with katanas and katana skills.

Along with the Samurai job, Square Enix is offering the Omega boss for 400 yen. The creature can be found at the Great Waterfall of Maxon, and comes equipped with a number of weapons. 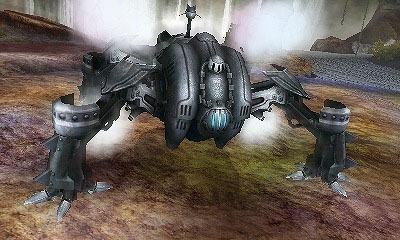 Square Enix has released more DLC for Final Fantasy Explorers in Japan. For 150 yen each, players can obtain costumes for Lightning (featuring Blaze Edge sword as a weapon), Cecil (Holy Sword as a weapon), and Bartz in his Dissidia: Final Fantasy costume (Brave Blade as his weapon). Dragon’s Soul and Ultimate Battle quests have already been released for free.

In the job department, Blue Mage has been added to Final Fantasy Explorers. It has a “learning” skill to acquire moves from enemies and the “beacon of counter attack” to increase strength. Blue Mages can initially use short swords or staves.

There’s also a great variety of blue magic spells. These include things like goblin punch, where power depends on physical strength (and the move is more powerful if a short sword is equipped). Other spells include fire breath, magnetic storm, leaf cutter, and Aeroga. There are quite a number of additional spells, too.

END_OF_DOCUMENT_TOKEN_TO_BE_REPLACED

Famitsu published a review for Final Fantasy Explorers in one of its issues earlier this month. Across four different reviewers, the game earned eights across the board for a total of 32 out of 40.

Of course, it helps to know what the editors actually said about Final Fantasy Explorers. We now have a complete translation of the game’s review. Continue on below to read it in full!