Europe getting a Bayonetta 2 First Print Edition (15,300 copies only)

Posted on 6 years ago by Brian(@NE_Brian) in News, Videos, Wii U | 4 Comments

Bayonetta 2 – “The Time Has Come” trailer

Nintendo costumes are also in Bayonetta 2, including Fox McCloud

During today’s Bayonetta 2 Direct, it was announced that the game will include Nintendo costumes just like the original game. Bayonetta can dress up as Peach, Link, and Samus. Additionally, exclusive to Bayonetta 2, is Fox McCloud from Star Fox.

Posted on 6 years ago by Brian(@NE_Brian) in News, Videos, Wii U | 3 Comments

Today’s presentation will kick off at 6 PM ET / 3 PM PT. It will be approximately 31 minutes long. We’ll be posting updates below!

– Begins with a trailer/video
– Direct features Yusuke Hashimoto and Akiko Kuroda
– Non-stop climax action game
– The team wanted to communicate a few things, like the exhilaration of dismantling enemies in high speed, avoiding attacks, etc.
– Action game with controls that meld with your mind
– Bayonetta: one of the last surviving members of the Umbra Witch clan
– Specialty: bullet arts that utilizes the four guns equipped to her feet and hands
– Magic power in her hair
– Clothes are maid of her hair
– Summon demons
– Use magic for summoning
– That’s why her clothes sometimes peel off
– Has a sense of humor, but can be sadistic
– Jeanne, Rodin, Enzo, Luka, Loki, Masked Lumen in the game
– Story: Bayonetta heads into Inferno to rescue Jeanne
– Bayonetta will face Angels and Demons
– Members of the NoA Treehouse share thoughts about the game
– Hashimoto worked on many of the designs for the angels/demons
– Way more enemy types than in the last game
– X: punch; Y: kick; press the different buttons for combos
– Automatic mode included in the game for more casual players
– Can use the GamePad touch screen
– Witch time: when you dodge an enemy attack, at the last second, the ability activates to slow down time in a big way
– Magic Gage: when filled, perform powerful attacks like the Torture Attack (included in the last game)
– Umbran Climax: unleash magic power to temp. improve Bayonetta’s attack power and range
– Variety of weapons in the game
– Different combo attacks depending on whether you equip weapons to your hands/feet
– Preset 2 sets of weapon combinations
– More comments from the Treehouse
– Story mode: divided into chapters, offers different stages
– Game features normal combat, aerial battles, underwater battles, battles while riding on vehicles
– Get a score at the end of each chapter based on the number of combos you performed, time, etc.
– Small secret rooms hidden throughout the stages; inside you can test your skills by defeating enemies under certain restrictions/rules
– Collect Halos (currency)
– Purchase new weapons, accessories, costumes at The Gates of Hell
– Acquire a record, give them to Rodin, and ask them to create new weapons for you
– Purchase skills to expand Bayonetta’s moveset
– Purchase costumes to change Bayonetta’s outfits
– Nintendo costumes in Bayonetta 2 as well: Peach, Link, Samus, Fox McCloud
– More Nintendo Treehouse talk
– Tag Climax for online
– Play as characters other than Bayonetta in this mode
– Each character has a unique style, set of abilities
– Jeanne and Rodin are playable online
– Earn Halos as rewards in Tag Climax
– Tag Climax demo showed
– Rodin’s attacks are more deliberate and powerful
– $59.99 in stores, includes the first game
– $59.98 on the eShop; special discount applied to get Bayonetta 1 free as well
– New trailer shown

Posted on 6 years ago by Brian(@NE_Brian) in Images, Wii U | 2 Comments

A new Bayonetta 2-focused Nintendo Direct will be shown this Thursday, Nintendo has announced.

The presentation will kick off at 6 PM ET / 3 PM PT. Nintendo will be sharing “new details” about the PlatinumGames-made title.

Nintendo of America tweeted just a few moments ago:

Watch a new #NintendoDirectNA on 9/4 at 3 PM PT for new details about #Bayonetta 2 for #WiiU http://t.co/sVsqDLEOcv pic.twitter.com/kPXmXMqz2f

Details are posted after the break. They’re a bit spoilerish in nature!

END_OF_DOCUMENT_TOKEN_TO_BE_REPLACED 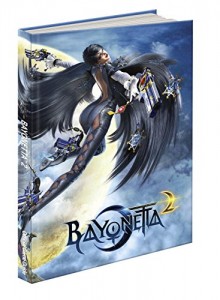 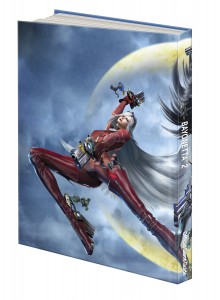 has updated its listing for the Bayonetta 2 Prima guide. You’ll find the cover above and information as to what’s included below.

Find It All – locations revealed for each collectible to help you obtain 100% completion.

Choose Your Weapon – learn the best ways to fight with new over-the-top weapons, including the Kafka, a bow that shoots poisonous arrows; the Rakshasa, a pair of beautiful katana blades; and a giant rifle-inspired scythe known as the Chernobog.

Improve Your Ranking – detailed strategies show you how to improve your ranking to earn Pure Platinum for each chapter.