Interesting. While Nintendo has published Fatal Frame IV in Japan, that doesn’t seem to be the case for North America – that is if the game ever even reaches the states. When pressed about Fatal Frame IV, Reggie Fils-Aime replied, “you’re going to have to contact the publisher for questions on that.” So, Nintendo isn’t handling Fatal Frame IV in North America? Or is the game simply doomed for a Japan-only release? Hopefully more specific answers will be found in the near future.

Nintendo heavily covered the DS and Wii in terms of new hardware and retail software, but news was fairly quiet on WiiWare. However, news may be expected tomorrow. The second day of Nintendo’s media event kicks off tomorrow at 9 AM PST which will focus on WiiWare.

New Super Mario Bros. 2 WiiWare? Pikmin WiiWare?! Nothing at all? Who knows, but the announcements may not be over.

8 new videos of The Conduit

END_OF_DOCUMENT_TOKEN_TO_BE_REPLACED 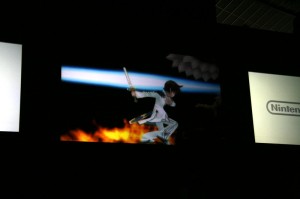 This image hasn’t been confirmed to be from the new mothership Tales game, but it looks real to me!

“Well, it’s just that we roll out things at different times and so we chose to talk about some of the ones that we are committed to rolling out in 2009, but there is some other stuff that we’re still taking a look at…As I said, we’ve just selected ones that we’ve already made commitments to. We weren’t trying to show our full lineup for the first part of 2009.”- Referring to Disaster: Day of Crisis in North America

“No details yet. Actually, I’m kind of interested to see all the buzz that’ll probably be out there about what kind of prices we should be offering [laughs]. Hopefully that gives me some good ideas…you will be able to bring over some of the points, but we’re still figuring out how it’s going to work. It’s not necessarily going to be all of them.” – On Club Nintendo

“We don’t know the timing yet, but as Reggie said, it’s going to enable a much more seamless use of the SD card, which is pretty bulky and complicated today. And you’ll be able to save from the Virtual Console straight to the SD card. So we’re excited to hear it.” – On the Wii storage solution

“Our strategy is always to find a variety of games that appeal to a variety of types of players. To utilize what’s working well in Japan and to work with second-parties here to develop new franchises that may be unique to the U.S. And to keep working with third-parties. We wanted to highlight primarily the things that are coming for this holiday season because we wanted to make sure we’re getting the word out about our holiday titles. But we also wanted to give a peek at some of the things that are coming in 2009. Our peek is by no means meant to be an exhaustive list.” – On the software lineup, games shown in Japan

“I know, it is kind of quiet down there. No, no news to announce right now. They’re always working hard. Yeah, they are working hard, I’ll tell you that.” – Referring to Retro Studios

I’d say that, overall, this is some pretty useful information. Honestly, the only thing that confounds me here is Disaster: Day of Crisis. If any title was primed to launch in North America, it’d be Disaster!

The Legend of site downtime 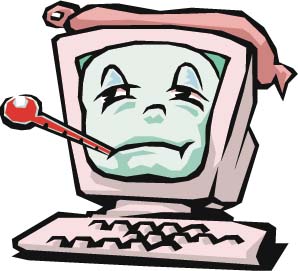 Well, that wasn’t fun now, was it? The site totally decided to explode there for a half hour or so. Quite honestly, I’m not too sure why it happened seeing as Nintendo Everything is more than capable of handling capacity traffic.

Anyway, things are okay now, and I don’t see another site issue coming up. Glad to be back!

Reggie: Give us time to make Mario and Zelda, the games are coming

It’s hard to argue that Nintendo’s conferences over the past few hours have been disappointing, especially compared to what was presented at E3. Still, some people, mainly Mario and Zelda fans, continue to wonder when next iterations of the series will launch. The well-known Reggie Fils-Aime has commented on the situation and explained that, while the teams are working, fans must give Nintendo time to create the new titles. When asked where the Mario and Zelda games are, Reggie replied, “You know, it’s a great question…I have to just step back and remind people…Smash Brothers is less than a year old. Kart is less than a year old. We’re only getting to a year anniversary for Galaxy. We’ve just launched all of these great franchises. Do we have those specific teams working, the Mario team, the Zelda team? Absolutely. You’ve got to give us a little bit of time to create these games. They will be coming. I’m not going to spoil the surprise of when. But those games are all coming.”

Torrance, Calif., (October 2, 2008) – Game publishers Marvelous Entertainment USA and XSEED Games announced today that the highly anticipated title, Muramasa: The Demon Blade (known in Japan as “Oboro Muramasa Youtouden”), is currently in development and will be released for the North American market. A unique, highly stylized action RPG (role playing game) videogame, Muramasa: The Demon Blade will ship in North America in 2009, exclusively for the Wii.

“Muramasa: The Demon Blade is an incredibly special title,” stated Yasuhiro Wada, Managing Director of Marvelous Entertainment. “From the team that created the critically acclaimed Odin Sphere, Muramasa features a stunning visual look and palette that will be embraced by gamers world wide. We’re pleased to continue our relationship with XSEED Games to bring such an anticipated title to the massive North American gaming market.”

Jun Iwasaki, President of XSEED Games, shared Mr. Wada’s sentiments. “Gamers are already excited for Muramasa. The game has already been included in many ‘must-have Wii games’ lists. We feel this enthusiasm will only continue to grow as gamers learn more about the mysterious ‘Demon Blades, and have the opportunity to experience the life of a ninja warrior.”