Deal of the week: Every North American SNES game for $25,000

Posted on 7 years ago by Austin(@NE_Austin) in General Nintendo, News, Random | 0 comments 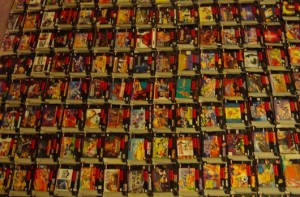 If you happen to REALLY like the Super Nintendo and you happen to be REALLY wealthy, you might be interested in purchasing every single game that every came out on the system– including rarities like Demon’s Crest— for $24,999. That’s 721 games.

Joystiq did the math and it comes out to about $35 per game– which could be a lot or could be not a lot, depending on which game you apply it to. Overall it’s not a great deal, but it’s an easy one if you need every SNES game right this second and can’t afford to buy them one at a time for some reason.

The seller’s online name is “Byuu” and he says if he doesn’t get over 20K for them he won’t make a profit, and thus won’t bother selling! Why does he have all of them? Well, he developed a popular SNES emulator and he wanted to make sure every game ran flawlessly on it, so he did the logical thing and purchased all of them! Now he wants to sell them off in order to buy the complete Japanese and European collections, perfect emulators for those, and sell THEM off as well!

All of the games come with their boxes, 605 of them with manuals, and come have duplicate games to sweeten the deal. Sort of.

Posted on 7 years ago by Brian(@NE_Brian) in 3DS, News, Podcast Stories, Random | 0 comments

Reggie Fils-Aime has sent along a new Swapnote message to North American 3DS owners. A fresh piece of stationary was included, too. It’s a snapshot of the WaraWara Plaza. 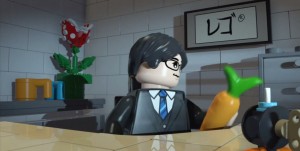 Iwata has been a busy man with the recent Nintendo Directs. Here’s hoping he was able to enjoy his birthday!

Nintendo’s Japanese release schedule is rather barren for January

Posted on 7 years ago by Brian(@NE_Brian) in General Nintendo, News, Random | 0 comments

The graphic pictured above is the entire release schedule for Japanese Nintendo games in January. Fist of the North Star: Ken’s Rage 2 is the only title confirmed for release next month. And that’s across all of Nintendo’s platforms – Wii U, 3DS, DS, and Wii.

That’s kind of crazy knowing that the schedule includes first and third-party releases. Where are the games, Nintendo?! Maybe we’ll see some release date announcements tomorrow through Nintendo Direct?

Song made out of Wii U noises

Posted on 7 years ago by Brian(@NE_Brian) in Random, Videos, Wii U | 0 comments

One fan decided to make a song made up of various Wii U noises. You’ll hear the snapping noise a game case, menu music, and more.

Michelle Obama: What’s a Wii U?

Posted on 7 years ago by Brian(@NE_Brian) in Podcast Stories, Random, Videos, Wii U | 0 comments

In what will undoubtedly be the most important news of the night, there’s a clip floating around of Michelle Obama being told what a Wii U is. She had no idea what the console is and how it differs from a Wii before a visiting child explained it to her.

Cardboard cut-out of Wii U controller went for up to $90,000 on eBay before being taken down

Posted on 7 years ago by Austin(@NE_Austin) in News, Podcast Stories, Random, Wii U | 0 comments 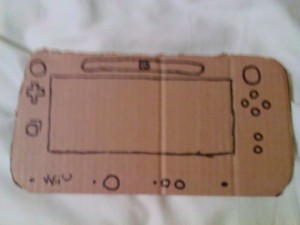 I suspect a few of you have seem this already (I noted it in the end of my feature last night), but in case you hadn’t heard how crazy things got towards the end, here’s the deal: The cardboard cutout of the Wii U Gamepad (above) had bids upwards of $90,000 over the last couple of days before being removed by eBay administrators for some ridiculous reason like “This is stupid” or “This is a piece of cardboard. You can’t charge this much for it.”.

While the lister won’t be getting rich quickly off of this hilarious mockup, he’s probably pretty happy that things went as far as they did. I wonder if anyone has gotten an interview with him yet…

Posted on 7 years ago by Brian(@NE_Brian) in General Nintendo, Random, Videos, Wii U | 0 comments

Posted on 7 years ago by Brian(@NE_Brian) in Random, Videos, Wii U | 0 comments

Strangely, pretty much all of the Wii U’s menu music has been posted on YouTube. Below you’ll find the piece for the console’s home menu. Below there is music for the Mii Studio, boot up, account creation, and more.