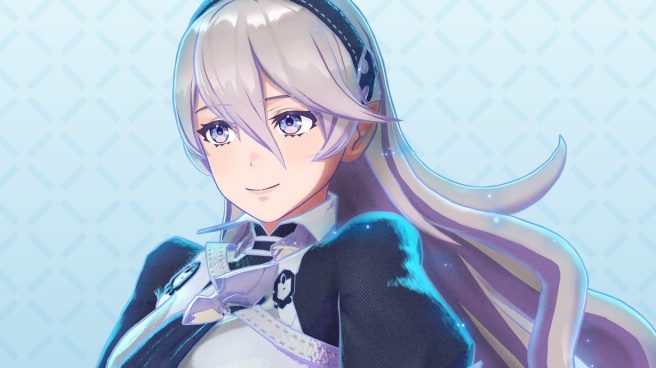 Over on Twitter, Nintendo and Intelligent Systems shared some information about Corrin in Fire Emblem Engage, one of the classic heroes players can summon. Serenes Forest has helped out with the translation once again.

Corrin, who is voiced by Satomi Sato in the Japanese version, is known as the Emblem of Fates. The character possesses the blood of the First Dragons and an unbreakable heart.

In the upcoming Switch title, Corrin is able to manipulate enemy actions and terrain effects in order to control the battle in your favor. Thanks to her her buff and debuff effects, she’s a reliable support-type Emblem that can turn the tides of battle.

Here’s some information about her skills:

Emblem Corrin’s Sync skill “Dragon Vein” lets you add special effects to the terrain. The effect depends on the unit’s battle type. For example, a “Flier” unit can change the terrain to “Glow”, which has a renewal effect. “Dragon” units can choose every special effect.

Emblem Corrin’s Engage weapon “Reverse Katana” reverses the weapon triangle, allowing you to Break lances. Take care when wielding it, because axe-wielding foes can Break you.

Emblem Corrin’s Engage skill “Dreadful Aura” prevents the opponent and enemies one square around them from moving for 1 turn, when the user initiates combat. When you see enemies grouped together, that’s the perfect time to use this.

Emblem Corrin’s Engage skill “Torrential Roar” attacks 3 enemies in a line in front of the user, while adding the “Water (Avoid -30)” terrain below them. When you see enemies all lined up, try using Torrential Roar to damage them, while weakening their counterattacks.

You can get a look at some footage for Corrin in Fire Emblem Engage below. Towards the end, we see a conversation and it looks like Alear feels like Corrin shares a similar vibe to them.