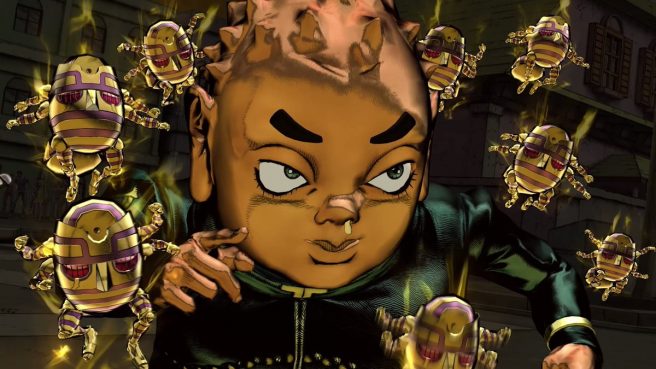 Another character trailer is in for JoJo’s Bizarre Adventure: All-Star Battle R, and this time around, we have a look at Shigekiyo Yangu. He uses his Stand, Harvest, in battle.

Get a look at the Shigekiyo Yangu trailer for JoJo’s Bizarre Adventure: All-Star Battle R below.

Though somewhat naïve, Shigekiyo Yangu surely knows what he wants and how to get it with the powers of his Stand.