Story
In the magical fantasy world of Nakiha mankind has unwittingly returned the Dragon Lords! Unga the mighty Dragon Lord of the Earth, Kullwraith the wild Dragon Lord of Storm, Susinuo the irresistible Dragon Lord of Water and Pyrozian the ferocious Dragon Lord of Fire have been set loose upon the world of men. The destiny of the dragons will decide the fate of mankind. The four ruling powers have selected their Champions, and entrusted each with a single Dragon Tome with which to control, banish, enslave or free the Dragon Lords.

Game Play
Choose your Champion and Dragon Lord. Unleash the awesome magic of earth, storm, fire and water and the might of your Dragon Lord to defeat the rival Champions their Dragons in explosive magical battles and amazing dragon combat. Mix spells to unleash their incredible effects. Turn your opponents own magic against them by blasting spells into those of the enemy and transforming the nature of their magic. Master the unique Wii™ motion sensing controls to fly your Dragon Lord and battle your way to victory. Defeat your opponents, unite the Dragon Tomes and determine the future of Nakiha as Dragon Master Spell Caster!

END_OF_DOCUMENT_TOKEN_TO_BE_REPLACED

Shortly after Microsoft’s Project Natal was announced, Times Magazine said in article that the technology might not only be better than the Wii, but it also “may just kill the Wii.” Reggie Fils-Aime, President and COO of Nintendo of America, was asked about the magazine’s words and commented about Natal in general. You can check out what he said below.

“Obviously we don’t [think Natal is a Wii killer]. You know, if you look at the Wii business so far through April looking at NPD data, our business is up 11% in dollars year over year.

It’s not stopped right now…You know, we love competition. We think competition makes us better. And in the end, we’ve stepped up in a huge way over the last four years driving the industry…You know, I haven’t seen it…You know me well enough that I don’t tremble easily. But what I can tell you is that we’ve been in this gaming industry for over 25 years. We’ve looked at a range of technology, we think we have the best understanding of interface and feedback for the consumer that drives immersion into gaming…We’ve done facial recognition, we’ve done cameras, we have a really good sense of this techonology.”

– Metroid: Other M, Galaxy 2, new Zelda mentioned, Red Steel 2, Grinder, Gladiator A.D., Silent Hill, Sin and Punishment 2, Endless Ocean 2, Scribblenauts were at E3
– Everyone loves Scribblenauts
– Don’t really expect game on the DS to be game of the show, Bozon was blown away that it was
– IGN not the only site giving Scribblenauts game of the show award
– Warner Bros. didn’t really feature the game prominently at E3

– Optimistic with Sakamoto leading
– Not the same Team Ninja we knew
– Game that is all about exploration, seems to be heavy emphasis on combat/melee combat
– Matt has some reservations, but up with Metroid game with backstory + cinematic
– Bozon thinks only game that holds up against Other M in terms of presentation is Smash Bros.
– Someone mentioned that sequence with Samus running in trailer looks like it was ripped right out of Ninja Gaiden

END_OF_DOCUMENT_TOKEN_TO_BE_REPLACED

Marvelous Entertainment has provided the Wii with some truly high-quality experiences. No More Heroes, Muramasa: The Demon Blade, and Rune Factory Frontier are just a few of the titles that have been praised by the media. However, that has not translated to success in the market. Marvelous updated their blog with a new post. Discussing Wii sales, the staff writer said, “I truly have teary eyes. I feel like crying.” And the situation isn’t looking any brighter for the company’s next game. Little King’s Story, Marvelous’ latest title to be released for the Wii in Japan, is said to have very low pre-order numbers. 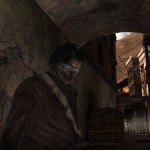 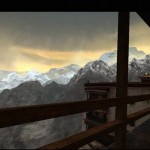 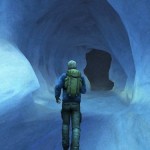 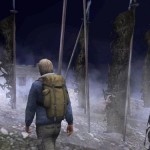 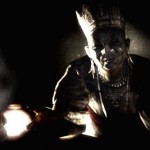 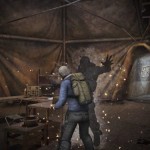 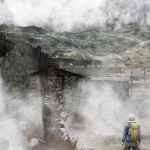 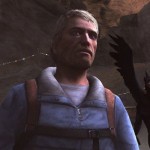 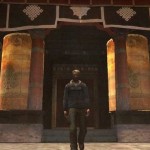 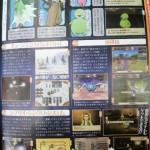 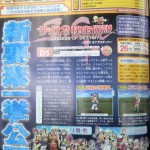 Posted 10 years ago by Austin in DS, News | 0 comments

A few new details regarding the new peripheral for Heart Gold/Soul Silver, the “PokeWalker”.

– You take a Pokemon out of your game and transfer it into your PokeWalker.
– You choose a course for your Pokemon to walk.
– Some courses are unlocked later on in the game.
– You earn watts with every real-life step you take.
– You can exchange those watts for experience, items, and the ability to catch new wild Pokemon.