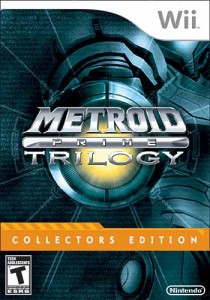 Posted 10 years ago by Brian in Site updates | 2 Comments

The last two days have been pretty eventful, haven’t they? I think I can safely say, though, that there won’t be any issues for a long time to come.

Today’s issue was simply a matter of upgrading to a new version of WordPress. You would think that would be easy, right? But nope – The script timed out before the upgrade finished. That left the site in a bit of a mess since there were files from both an old and new version of WordPress, in addition to an old type of database.

But we’re all okay now! We’ve revereted to where we were this morning, when everything was fine and dandy. I think I’ll hold back on attempting to upgrade again at this point, since it’s not imperative for the site’s well-being. So again, I don’t know what else to say besides sorry! We are definitely glad to be back (again).

Other M is a “more traditional” Metroid, developers and publishers interested in working with Nintendo

“We wanted to place Samus back in the more traditional lineage of Metroid. We wanted to do it in a way that had a harder edge, and we wanted to go deeper into her story and more into this Metroid mythology. As we looked at our resources to do that, we could have done a fine job on our own but we saw the Team Ninja route as a way of adding a little extra special sauce if you will to make it a really compelling experience.

One of the pieces of feedback that I’ve heard is that as we made that announcement, that there were a lot of development teams and publishers who started to say to themselves, ‘Wow, Nintendo is open to these types of partnerships. Let’s think of other ideas to bring forward,” which I find exciting.” – Reggie Fils-Aime


I really was impressed with the first Metroid: Other M trailer in that the game looks to be providing well-rounded gameplay. The title will feature more of a 2D experience, but there will also be some FPS elements. 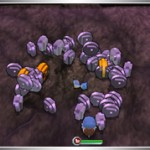 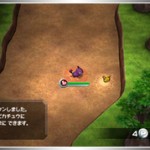 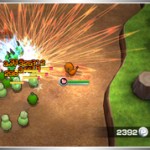 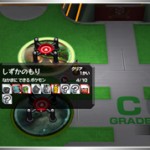 These details come from the latest issue of CoroCoro…

– Kyogre in Heart Gold
– Groudon in Soul Silver
– Rayquaza will appear if Kyogre and Groudon are brought into the same game
– Updated art for Professor Elm, rival, Team Rocket member
– Groudon, Kyogre & Rayquaza available after you beat the Elite Four
– Games may have Arceus event
– Rumor that if you transfer Movie Arceus, can go into area and unlock Level 1 Dialga, Palkia or Giratina

ColorZ dev have another WiiWare game in development

“Yes, we are currently working on another WiiWare title but I can’t tell you more for now.” – Jean-Baptiste Cuvillier from Exkee

ColorZ looks like a pretty interesting games…WiiWare has been housing quite a few unique titles. Hopefully Exkee’s other WiiWare game will impress.

Thanks to Danilo for the news tip!