Posted on 3 years ago by Brian(@NE_Brian) in News, Switch | 22 Comments

Yo-kai Watch Busters 2 launched in Japan on December 16. First week sales were reported this week. Through December 17, the game sold just over 200,000 copies.

According to Dengeki, the “Sword” version was slightly more popular at 100,118 units sold. The “Magnum” version sold 95,794 copies.

END_OF_DOCUMENT_TOKEN_TO_BE_REPLACED

A half hour of Yo-kai Watch Busters 2 footage

Level-5 has launched the new 3DS game Yo-kai Watch Busters 2 in Japan. Thanks to AbdallahSmash026, we have a lengthy look at the game. Watch a half hour of footage below.

Level-5 has published two more trailers for the upcoming Japanese 3DS releases of Yo-kai Watch Busters 2. We have them both below.

New footage has emerged for Yo-kai Watch Busters 2, which is out in Japan next weekend. Check out the gameplay below.

Level-5 has prepared a series of commercials for its new Japanese 3DS release Yo-kai Watch Busters 2. We have the full set below.

END_OF_DOCUMENT_TOKEN_TO_BE_REPLACED

Level-5 has posted another commercial for the upcoming Japanese 3DS game Yo-kai Watch Busters 2. View the advert below.

Posted on 3 years ago by Brian(@NE_Brian) in News, Switch | 5 Comments

Level-5 finally confirmed last month that Inazuma Eleven Ares is bound for Switch. In this week’s issue of Famitsu, company CEO Akihiro Hino is interviewed about the game. Hino commented on why 3DS was ditched and Switch was chosen, how there will be more fun for adults this time around, and more.

A number of tidbits from the interview have already leaked from Famitsu, which Gematsu translated. You can find the full roundup below.

END_OF_DOCUMENT_TOKEN_TO_BE_REPLACED

Inazuma Eleven Ares will be released Summer 2018 in Japan. 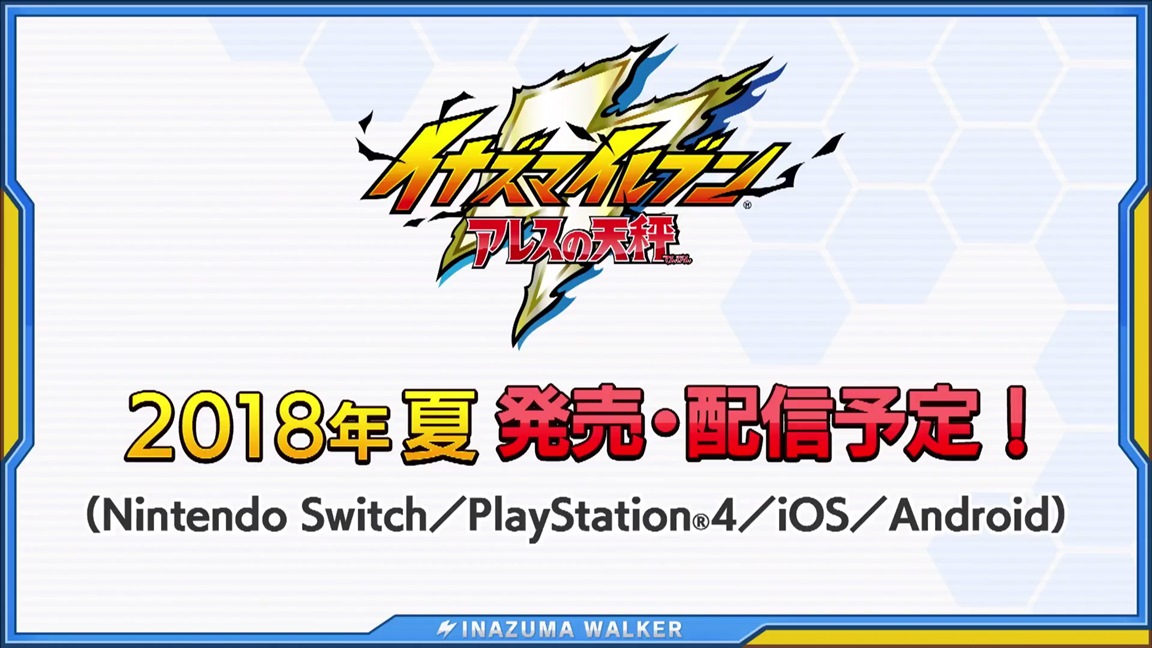 Here’s the first glimpse of footage, which is a work-in-progress: