The Snack World is what Level-5 is hoping will be its next big franchise. An anime has been running in Japan, and the 3DS companion game just debuted in Japan last week. Dengeki has more on the debut sales.

Depending on which sales tracker you go with, The Snack World sold between 85,000 and 100,000 copies in its first week. Dengeki says that it sold through 55 percent of its initial shipment.

END_OF_DOCUMENT_TOKEN_TO_BE_REPLACED

Posted on 2 years ago by Brian(@NE_Brian) in News, Switch | 17 Comments

END_OF_DOCUMENT_TOKEN_TO_BE_REPLACED

As tweeted by Nintendo of America:

Embark on a new adventure in LAYTON’S MYSTERY JOURNEY when it launches on Nintendo #3DS family of systems on October 6! pic.twitter.com/1uAqrvUSJk

Posted on 2 years ago by Matt(@OnePunchMaz) in 3DS, Images | 7 Comments

Yesterday, we got confirmation that Layton’s Mystery Journey: Katrielle and the Millionaires’ Conspiracy will be launching in Europe on October 6th. Nintendo also published the game’s boxart, which you can see above. Certainly a bit more mysterious and darker than the Japanese boxart: 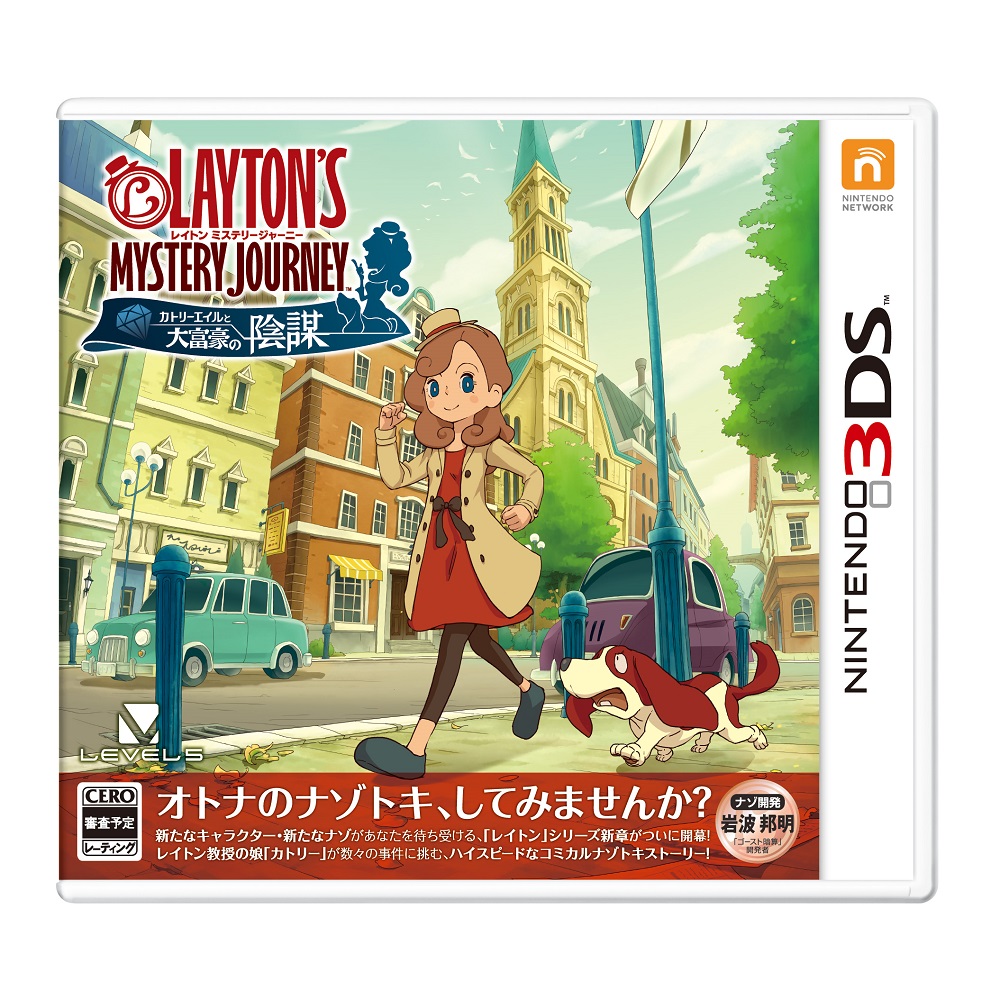 END_OF_DOCUMENT_TOKEN_TO_BE_REPLACED

The Snack World is getting a Season Pass

Posted on 2 years ago by Matt(@OnePunchMaz) in 3DS, News | 8 Comments

The Snack World, Level-5’s latest game, was released last week in Japan for 3DS. Level-5 has more in store for the game though – two DLC packs will be released for it in the coming months. The first one, titled “Dragon Knight’s Trial!!” will be released in October, while the second one, “The Demon of Destruction! The Advent of Demiglass!!” will be released in January 2018. Each pack contains new dungeons, bosses, Snacks and Jara. They cost 900 yen if purchased individually, but only 1,500 yen if you buy the Season Pass, which gets you both.

Level-5 announced last year that The Snack World will be released outside of Japan, but we haven’t heard anything about any Western release plans since then.

It was just a few days ago that we found out about Yo-kai Watch Busters 2 from CoroCoro. Level-5 has since followed up with a teaser site, accessible here.

Just like many of the recent Yo-kai Watch games, Yo-kai Watch Busters 2 is a 3DS title. It will not be a Switch game.

Level-5 issued another new commercial for the upcoming 4.0 update for Yo-kai Watch 3. We’ve attached the clip below.

Posted on 3 years ago by Brian(@NE_Brian) in General Nintendo, News | 4 Comments

The first scan of Yo-kai Watch Busters 2 has emerged from this month’s issue of CoroCoro. A few tidbits are shared inside.

Again, platforms for Yo-kai Watch Busters 2 have not been confirmed. But given the series’ history on 3DS, we’d be shocked if it didn’t end up on a Nintendo platform.